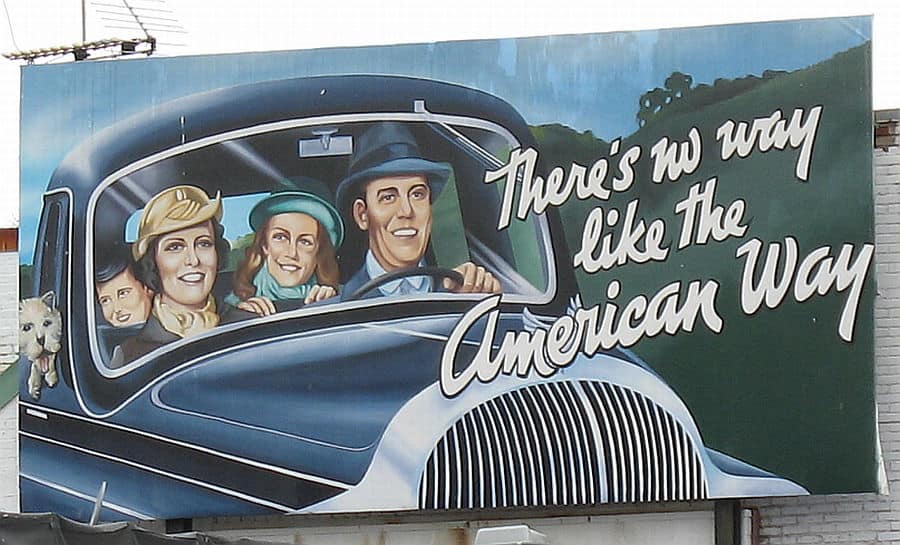 The Birth Of Cultural Marxism

Submitted by David Galland via GarretGalland.com

The 1950s were a simple, romantic, and golden time in America.

California beaches, suburbia, and style. Atlas Shrugged was published, NASA was formed, and Elvis rocked the nation. Every year from 1950–1959 saw over 4 million babies born. The nation stood atop the world in every field.

It was an era of great economic prosperity in The Land of the Free.

So, what happened to the American traits of confidence, pride, and accountability?

The roots of Western cultural decay are very deep, having first sprouted a century ago. It began with a loose clan of ideologues inside Europe’s communist movement. Today, it is known as the Frankfurt School, and its ideals have perverted American society.

Before WWI, Marxist theory held that if war broke out in Europe, the working classes would rise up against the bourgeoisie and create a communist revolution.

Well, as is the case with much of Marxist theory, things didn’t go too well. When war broke out in 1914, instead of starting a revolution, the proletariat put on their uniforms and went off to war.

After the war ended, Marxist theorists were left to ask, “What went wrong?”

Two very prominent Marxists thinkers of the day were Antonio Gramsci and Georg Lukács. Each man, on his own, concluded that the working class of Europe had been blinded by the success of Western democracy and capitalism. They reasoned that until both had been destroyed, a communist revolution was not possible.

Gramsci and Lukács were both active in the Communist party, but their lives took very different paths.

Gramsci was jailed by Mussolini in Italy where he died in 1937 due to poor health.

In 1918, Lukács became minister of culture in Bolshevik Hungary. During this time, Lukács realized that if the family unit and sexual morals were eroded, society could be broken down.

Lukács implemented a policy he titled “cultural terrorism,” which focused on these two objectives. A major part of the policy was to target children’s minds through lectures that encouraged them to deride and reject Christian ethics.

In these lectures, graphic sexual matter was presented to children, and they were taught about loose sexual conduct.

Here again, a Marxist theory had failed to take hold in the real world. The people were outraged at Lukács’ program, and he fled Hungary when Romania invaded in 1919.

The Birth of Cultural Marxism

All was quiet on the Marxist front until 1923 when the cultural terrorist turned up for a “Marxist study week” in Frankfurt, Germany. There, Lukács met a young, wealthy Marxist named Felix Weil.

Until Lukács showed up, classical Marxist theory was based solely on the economic changes needed to overthrow class conflict. Weil was enthused by Lukács’ cultural angle on Marxism.

Weil’s interest led him to fund a new Marxist think tank—the Institute for Social Research. It would later come to be known as simply The Frankfurt School.

In 1930, the school changed course under new director Max Horkheimer. The team began mixing the ideas of Sigmund Freud with those of Marx, and cultural Marxism was born.

In classical Marxism, the workers of the world were oppressed by the ruling classes. The new theory was that everyone in society was psychologically oppressed by the institutions of Western culture. The school concluded that this new focus would need new vanguards to spur the change. The workers were not able to rise up on their own.

As fate would have it, the National Socialists came to power in Germany in 1933. It was a bad time and place to be a Jewish Marxist, as most of the school’s faculty was. So, the school moved to New York City, the bastion of Western culture at the time.

In 1934, the school was reborn at Columbia University. Its members began to exert their ideas on American culture.

It was at Columbia University that the school honed the tool it would use to destroy Western culture: the printed word.

The school published a lot of popular material. The first of these was Critical Theory.

Critical Theory is a play on semantics. The theory was simple: criticize every pillar of Western culture—family, democracy, common law, freedom of speech, and others. The hope was that these pillars would crumble under the pressure.

Next was a book Theodor Adorno co-authored, The Authoritarian Personality. It redefined traditional American views on gender roles and sexual mores as “prejudice.” Adorno compared them to the traditions that led to the rise of fascism in Europe.

Is it just a coincidence that the go-to slur for the politically correct today is “fascist”?

The school pushed its shift away from economics and toward Freud by publishing works on psychological repression.

Their works split society into two main groups: the oppressors and the victims. They argued that history and reality were shaped by those groups who controlled traditional institutions. At the time, that was code for males of European descent.

From there, they argued that the social roles of men and women were due to gender differences defined by the “oppressors.” In other words, gender did not exist in reality but was merely a “social construct.”

A Coalition of Victims

Adorno and Horkheimer returned to Germany when WWII ended. Herbert Marcuse, another member of the school, stayed in America. In 1955, he published Eros and Civilization.

In the book, Marcuse argued that Western culture was inherently repressive because it gave up happiness for social progress.

The book called for “polymorphous perversity,” a concept crafted by Freud. It posed the idea of sexual pleasure outside the traditional norms. Eros and Civilization would become very influential in shaping the sexual revolution of the 1960s.

Marcuse would be the one to answer Horkheimer’s question from the 1930s: Who would replace the working class as the new vanguards of the Marxist revolution?

Marcuse believed that it would be a victim coalition of minorities—blacks, women, and homosexuals.

The social movements of the 1960s—black power, feminism, gay rights, sexual liberation—gave Marcuse a unique vehicle to release cultural Marxist ideas into the mainstream. Railing against all things “establishment,” The Frankfurt School’s ideals caught on like wildfire across American universities.

Marcuse then published Repressive Tolerance in 1965 as the various social movements in America were in full swing. In it, he argued that tolerance of all values and ideas meant the repression of “correct” ideas.

It was here that Marcuse coined the term “liberating tolerance.” It called for tolerance of any ideas coming from the left but intolerance of those from the right. One of the overarching themes of the Frankfurt School was total intolerance for any viewpoint but its own. That is also a basic trait of today’s political-correctness believers.

To quote Max Horkheimer, “Logic is not independent of content.”

Recalling the Words of Winston (Not That One)

The Frankfurt School’s work has had a deep impact on American culture. It has recast the homogenous America of the 1950s into today’s divided, animosity-filled nation.

In turn, this has contributed to the undeniable breakdown of the family unit, as well as identity politics, radical feminism, and racial polarization in America.

It’s hard to decide if today’s culture is more like Orwell’s 1984 or Huxley’s Brave New World.

Never one to buck a populist trend, the political establishment in America has fully embraced the ideas of the Frankfurt School and has pushed them on American society through public miseducation.

Barack Obama and Hillary Clinton, the beacons of progressivism, are both disciples of Saul Alinsky, a devoted cultural Marxist.

And so we now live in a hyper-sensitive society in which social memes and feelings have overtaken biological and objective reality as the main determinants of right and wrong.

Political correctness is a war on logic and reason.

To quote Winston, the protagonist in Orwell’s dystopia, “Freedom is the freedom to say that 2+2=4.”

Today, America is not free.