Lucifer is the god of Freemasonry

Summary: Read the accounts of occultists and Masons who confirm that Satan—not the true God—is the deity of Freemasonry.

“When the Mason learns that the key to the warrior on the block is the proper application of the dynamo of living power, he has learned the mystery of his Craft. The seething energies of Lucifer are in his hands and before he may step onward and upward, he must prove his ability to properly apply energy” (emphasis added).i

“I hereby promise the Great Spirit Lucifuge, Prince of Demons, that each year I will bring unto him a human soul to do with as as it may please him, and in return Lucifuge promises to bestow upon me the treasures of the earth and fulfill my every desire for the length of my natural life. If I fail to bring him each year the offering specified above, then my own soul shall be forfeit to him. Signed…{Invocant signs pact with his own blood}.”ii

“What is more absurd and more impious than to attribute the name of Lucifer to the devil, that is, to personified evil. The intellectual Lucifer is the spirit of intelligence and love; it is the paraclete [an advocate]; it is the Holy Spirit, where the physical Lucifer is the great angel of universal magnetism.”iii

Albert Pike, 33-degree Freemason and author of Morals and Dogma

Lucifer, the Light-Bearer! Strange and mysterious name to give to the Spirit of Darkness! Lucifer, the Son of the Morning! Is it he who bears the light, and with its splendors intolerable blinds feeble, sensual or selfish Souls? Doubt it not!iv

“The devil is the personification of Atheism or Idolatry. For the Initiates, this is not a Person, but a Force, created for good, but which may serve for evil. It is the instrument of Liberty or Free Will. They represent this Force, which presides over the physical generation, under the mythological and horned form of the God Pan; thence came the he-goat of the Sabbat, brother of the Ancient Serpent, and the Light-bearer or Phosphor, of which the poets have made the false Lucifer of the legend.”v

“The true name of Satan, the Kabalists say, is Yahweh (GOD) reversed; for Satan is not a black god, but a negation of God…the Kabala imagined Him to be a “most occult light.”vi

“That which we must say to a crowd is—We worship a God, but it is the God that one adores without superstition. To you, Sovereign Grand Inspectors General, we say this, that you may repeat it to the Brethren of the 32nd, 31st, and 30th degrees—The Masonic Religion should be, by all of us initates of the high degrees, maintained in the purity of the Luciferian Doctrine. If Lucifer were not God, would Adonay whose deeds prove his cruelty, perdify and hatred of man, barbarism and repulsion for science, would Adonay and his priests, calumniate him? Yes, Lucifer is God, and unfortunately Adonay is also god. For the eternal law is that there is no light without shade, no beauty without ugliness, no white without black, for the absolute can only exist as two gods: darkness being necessary to the statue, and the brake to the locomotive. Thus, the doctrine of Satanism is a heresy; and the true and pure philosophical religion is the belief in Lucifer, the equal of Adonay; but Lucifer, God of Light and God of Good, is struggling for humanity against Adonay, the God of Darkness and Evil.”vii

“First Conjuration Addressed to Emperor Lucifer. Emperor Lucifer, Master and Prince of Rebellious Spirits, I adjure thee to leave thine abode, in whatsoever quarter of the world it may be situated and come hither to communicate with me…I command and adjure thee, Emperor Lucifer, as the representative of the mighty living God, and by the power of Emanuel, His only Son…”viii

These images are from the Freemasonic Temple in Savannah 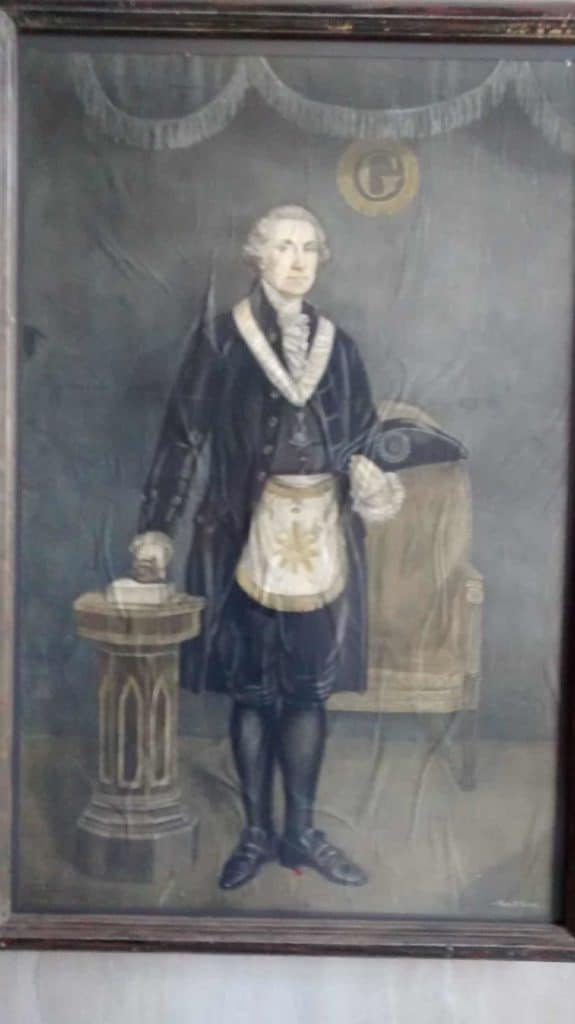 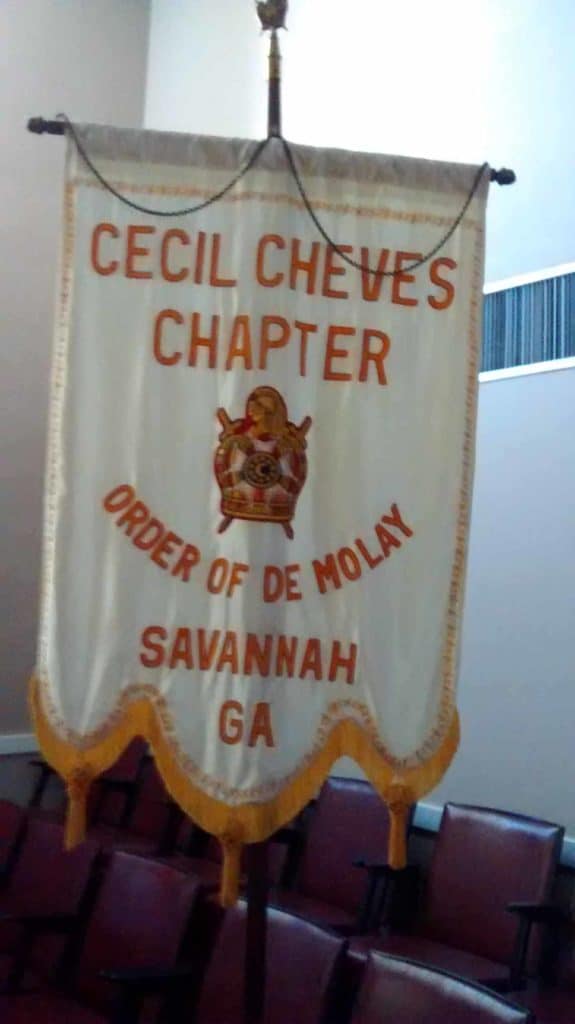 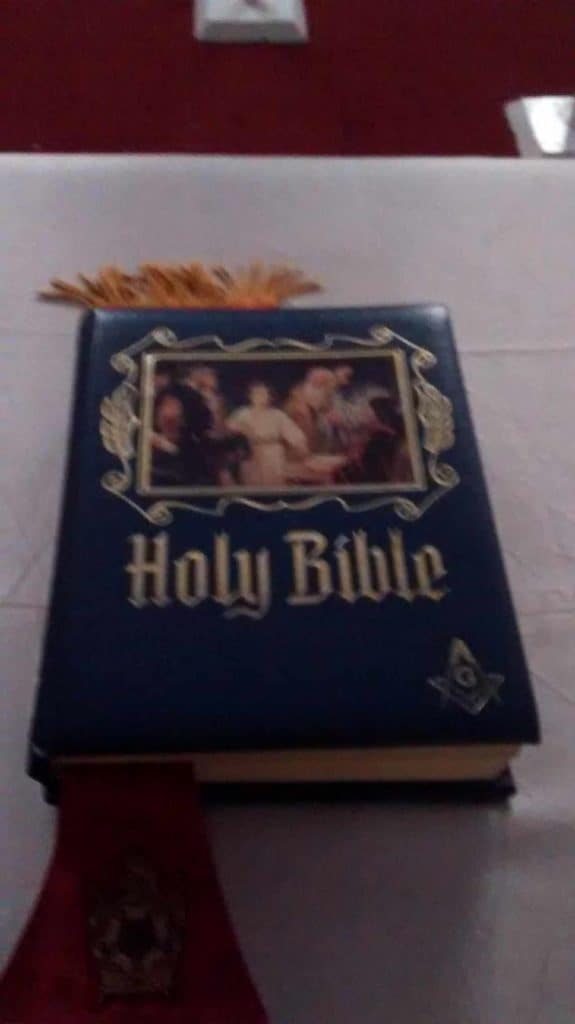 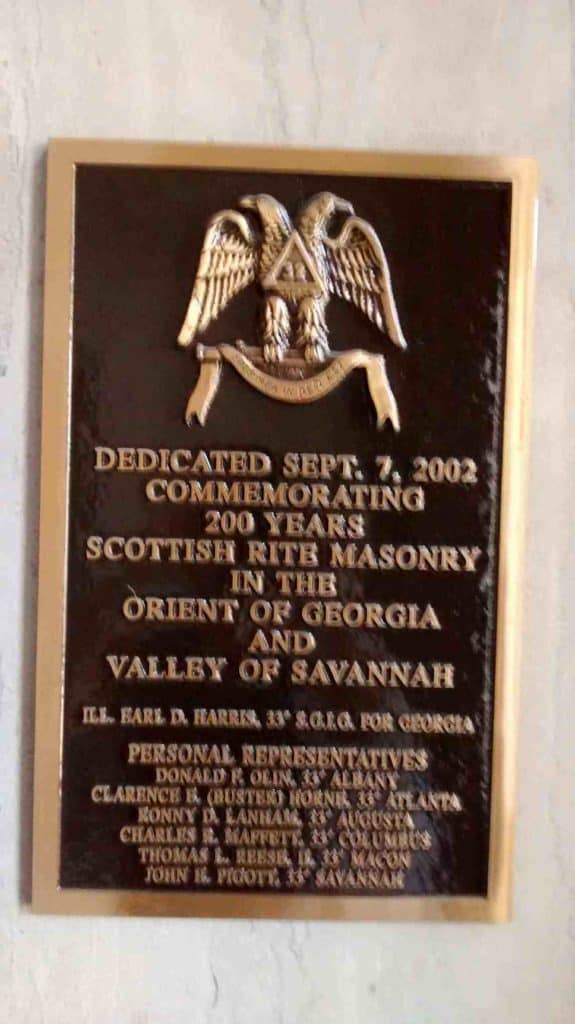 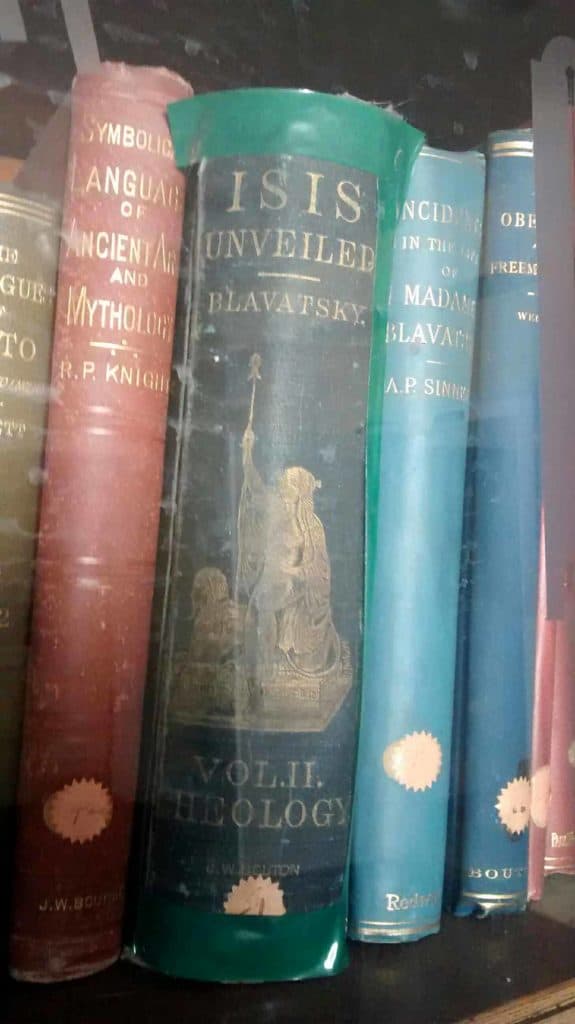 ii. Manly Palmer Hall, The Secret Teaching Of All Ages: 65.

iii. Eliphas Levi, as quoted in Arthur Edward Waite, The Mysteries of Magic: A Digest of the Writings of Eliphas Levi (London: 1886): 428.

iv. Albert Pike, Morals and Dogma of the Ancient and Accepted Scottish Rite of Freemasonry Prepared for the Supreme Council of the Thirty-Third Degree, for the Southern Jurisdiction of the United States, and Published by Its Authority (Richmond, Virginia: L.H. Jenkins, 1871, Reprinted 1944): 321.