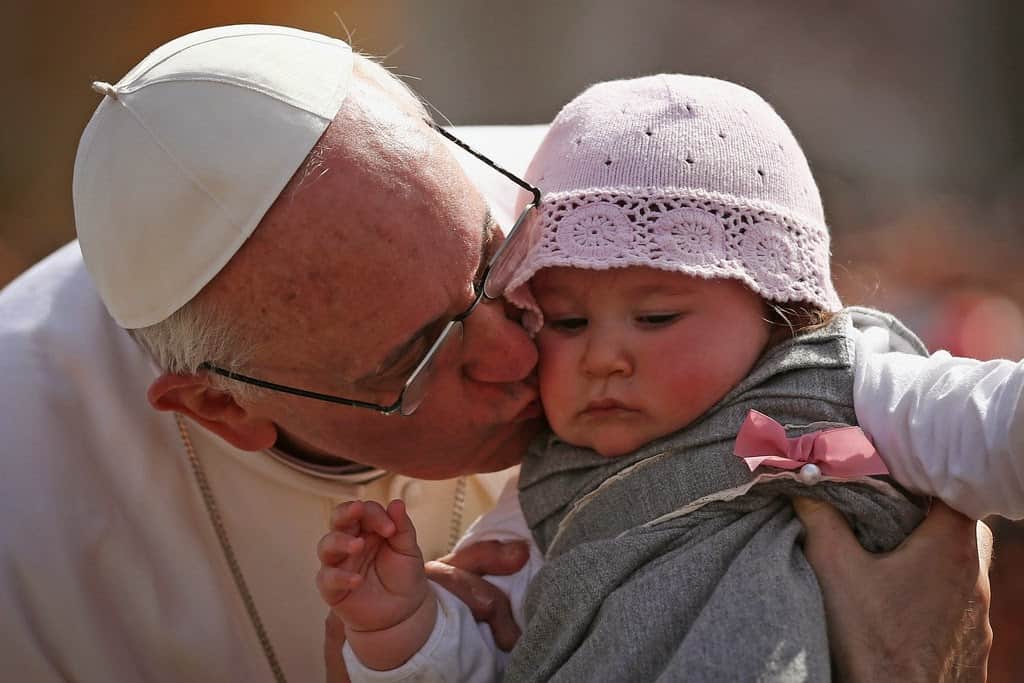 In this article I will discuss intrinsic evil— what it is and where it comes from.  Is man capable of intrinsic evil?  Are there men of intrinsic evil in the world today?
We’ll start with a definition.  Intrinsic evil is evil that is unredeemable.
Theoretically every sin that man commits is redeemable, except one— blasphemy of the Holy Spirit (Luke 12:10).
What is Blasphemy of the Holy Spirit?
Since it is the Holy Spirit who convicts us of sin (John 16:8), and seals us for salvation (Ephesians 1:13), blasphemy of the Holy Spirit is rejecting His call on your life.  This isn’t just a one time failing.  It’s resisting Him throughout your entire life until you die.  It’s never getting right with God.
Therefore since you never received God’s provision of grace through Christ as revealed by the Holy Spirit (John 16:13), God will not forgive you in death what you never received in life.
This explains the one unforgiveable sin mentioned in the Bible.  But what about other sins?
You’ll notice that I said every sin man commits is redeemable— THEORETICALLY?
Why theoretically?
Because while God offers forgiveness to every man, women and child for their sins through His redeeming sacrifice in Christ, man just can’t SEE it.  Satan blocks his ability to see his need for salvation (Matthew 13:19).  So in theory while every person could come to salvation, they won’t.
Intrinsic Evil
But the purpose of this article is to discuss with you INTRINSIC evil.  Evil that goes far beyond the average man’s resistance of Christ.  This evil is so heinous that it works to DEVELOP evil in itself and other people.
Gregg Fetter | Bible Made Simple
In order to protect yourself and others you need to understand the SOPHISTICATION of evil today and HOW Satan is advancing his kingdom.
Genetic Memory
Most of us think of DNA as totally physical.  But did you know that INFORMATION can be passed on genetically as well?
Scientists were originally clued into this through the Monarch butterfly.
In order to avoid freezing, the Monarch butterfly instinctively flies south to Mexico or southern California each winter.  Scientists have discovered that this information is stored genetically and passed on from generation to generation.
Click on the link below for a short video that discusses the migration of the Monarch butterfly. 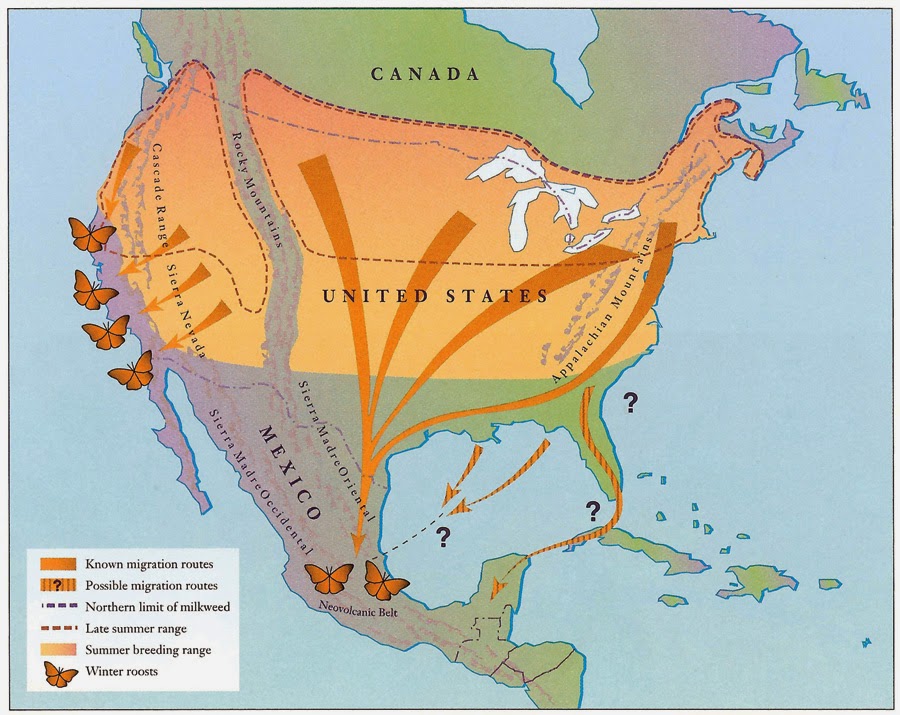 Monarch Butterfly Migration
Adam and Eve
Have you ever wondered HOW the disobedient action of Adam and Eve brought sin into the world?
We’re talking about an ACTION here.  Adam and Eve passed on a disobedient action.  How does an action get passed on genetically?
Scientists have learned that a GENETIC MEMORY is produced when we experience something through repetition, emotion or trauma.  The information passes through the conscious mind and attaches itself to the DNA of the subconscious mind.
The chart below shows you how this works.

Note: Click on graphic to increase its size.
Notice that Adam and Eve ate from the tree of the KNOWLEDGE of good and evil (Genesis 2:16-17).
This experience produced a genetic memory that attached itself to their DNA.  Subsequently it has been passed on to every generation (Romans 5:12).  Theologians call this ORIGINAL SIN.  Because of our DNA, we have a propensity to sin.
What’s interesting to note is that scripture gives us a clue as to WHERE this genetic memory is located.
It’s located in the SEED of man.
Genesis 3:15 says:
And I will put enmity between you (Satan) and the woman (Mary), and between your seed (Adam) and her Seed (Christ); He shall bruise your head, and you shall bruise His heel.
Genesis 3:15
God is talking to Satan here.  He’s talking about Satan’s perishable seed generated through ADAM and God’s imperishable seed generated through Mary, the mother of JESUS.
Adam’s SEED is the problem.  The sin problem is located in man’s seed.
Scientists further tell us that men and women have a different DNA structure.  Men have a X and Y chromosome, whereas women have two X chromosomes.  Is it possible that the genetic memory of sin exists in the Y chromosome of men?
We don’t know for sure.
But rather than REPENT and be born of the imperishable seed of Christ (1 Peter 1:23)— men have decided to play.
Transhumanism
This short video will give you an introduction to transhumanism. 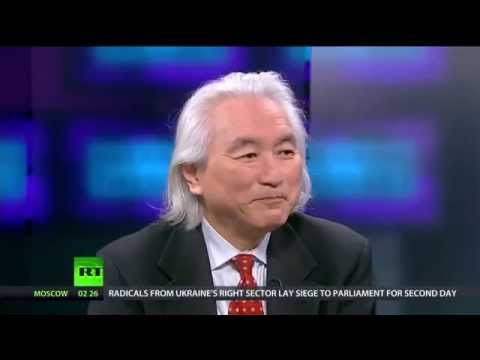 Transhumanism is man’s attempt at improving himself through the use of the sciences and technology (the above video discusses neuroscience).
But this can’t work.
Why?  Because man is EGOCENTRIC.
Egocentric vs. Theocentric
In the beginning, man was THEOCENTRIC— he was God centered.  His actions weren’t based on what he wanted, but on what God wanted.  That doesn’t mean that he didn’t have a free will, he did.  He just chose to do it God’s way.  Why wouldn’t he?  God was good and provided him with everything he could possibly want.  There wasn’t any need to go outside the will of a loving God.
But then something happened.  Man began to doubt the integrity of God.  Was God holding out on him?  Could man be LIKE God rather than a mere servant?
Tempted to try, man turned his back on God and became EGOCENTRIC or self-centered in nature.  God no longer ruled his choices, he did.  But there was a price to pay.  Without the unlimited resources of God, man was LIMITED.  He could only operate within the scope of his understanding.
The choice to abandon God has had a devastating impact on mankind.  With EGO at the center of his nature man can no longer see the implication of his choices.  It’s all about him.  The more he tries to achieve PEACE, the more confusion he brings.  The more LOVE he hopes to develop the more hate he encounters.
The same is true with transhumanism.  Who’s ego will decide how neuroscience is used?
If we’ve learned anything we’ve learned that some men want to control other men.
Who are these men?
In the Masters of Deception series (see archive to the right), I have tried to show you who these men are.  Their roots are in ancient Babylon.  They are the true bloodline of Satan himself.
That these men have kept secrets and used these secrets to control the world will soon be revealed in the days to come.
Some of these secrets include MIND CONTROL.  I have touched on mind control in my article, How Television Affects Your Thinking, but in this article I want to expand my discussion of MK Ultra Mind Control.
MK Ultra Mind Control
MK Ultra Mind Control was a project brought to the United States by the CIA from Nazi Germany in the early 1950‘s.  It was also called the MONARCH PROJECT— named after the Monarch butterfly.
The project was an experiment in how to disassociate the mind.  They found that they could create different identities in a person by torturing them.  The mind would disassociate and create a separate identity in a different part of the brain.
Once in that new identity, deep genetic memories could be created.  You could make a person perform sex acts.  Be an assassin.  Anything that you wanted them to be.  Best of all, the person could not remember the actions performed in that part of the brain (see Fritz Springmeier’s book, How The Illuminati Create An Undetectable Total Mind Controlled Slave).
For the Masters of Deception, this proved to be a great discovery.  By torturing their children they could create genetic memories and pass on their evil behaviors.  They could also create identities for the habitation of demons.
In this way they have become the NEW Nephilim.
Some will tell you that the new Nephilim are HYBRIDS of demons having sex with humans.  They take this fromGenesis 6:4.  But I do not feel this is Biblical.   For a complete explanation of why, read my article, The Return of the Nephilim, UFO’s and Aliens: Are They Biblical? Part 1.
The truth is that the new Nephilim are simply demonic controlled people with highly corrupted genetic memories, not hybrids.
This corruption starts from the top and works it’s way down. Here is a chart showing you who is involved: 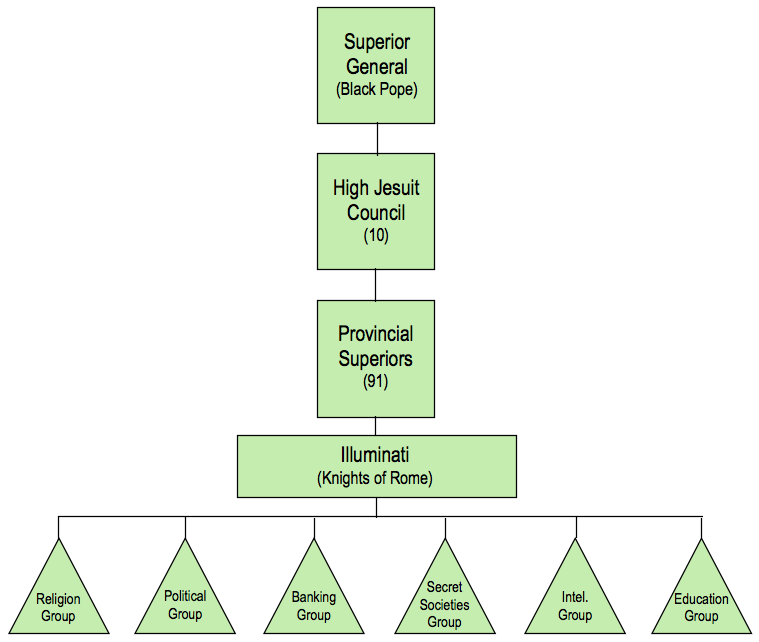 Most of our leadership today is of the new Nephilim (see Fritz Springmeier’s book Bloodlines of the Illuminati).  They hide their evil by disassociated “GOOD” identities.  A nice way of saying this is that they “put on airs”.
The truth is they are insanely evil.  From the Pope, to the Bush family and the Clintons, just to mention a few.
This video explains that Pope Francis is currently fighting a CHILD TRAFFICKING AND MURDER charge from the International Common Law Court of Justice in Brussels.
Vatican Attempts Court Sabotage; Grisly Evidence Exposed 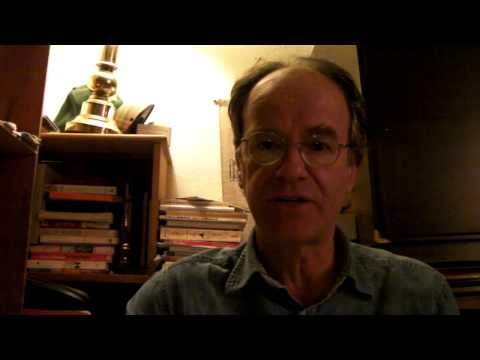 Click here for documentation concerning the Pope’s trial from ITCCS.org.Conclusion
We need to make ourselves aware of the men that lead our world.  We are closer than we think concerning the breakdown of society, the Great Tribulation and the coming of our Lord, Jesus Christ.
I pray that this will article help you see the extent to which INTRINSIC evil exists in our world.  May God help us as we war against it.
Maranatha!