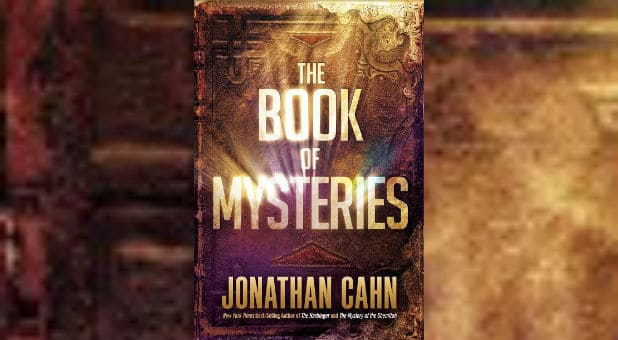 Now that Jonathan Cahn has trained to search their Bibles for hidden messages, he has come out with his third book; “The Book of Mysteries.” Does the Bible contain “mysteries,” hidden codes and dates for Christians to distract themselves searching out? Absolutely not! That is a thoroughly Kabbalistic / Gnostic teaching.

In Christian Research Article “What is Kabbalah?” they write:

“…Kabbalists’ insistence upon the inspiration of Scripture […] to find hidden meaning in its numerical arrangements was unwarranted. […]one may apply Kabbalistic methods to almost any piece of literature and draw almost any interpretation from it. Kabbalistic method of interpretation is neither acknowledged in the Bible, nor justified by it. The application of this method of the Bible had produced interpretations that are not supported by Scripture, and, in fact, are something directly opposed to it, in its obvious context.

In my years of research in comparative religions I have become persuaded that essentially there are only two metaphysical interpretations of reality available to us: the Biblical and the occultic. In seeking to support the inspiration of Scripture, the Jewish Kabbalists applied to it a method of interpretation foreign to Scripture, but familiar to the occult, and thus these Jews slipped over from a Biblical understanding of reality to an occultic one.” – (emph HHA)

In her commentary on The Harbinger, Christine Pack wrote:

“(The apostle) Paul does talk about the mystery of Gentiles and Jews being united together in a common church and common faith (something that could have scarcely been imagined in Old Testament times). There is also the mystery of Jesus Christ, who was dimly glimpsed through types and shadows in the Old Testament, but Who was gloriously revealed in his fullness as our Savior in the New Testament. But these are mysteries which are laid open for all to see and know and understand and respond to, and not clues on a Mysterious Journey to Somewhere (which is really the more western understanding of the word “mystery”).”

“Gnosticism is a very old heresy that teaches that the truth has to be decoded, uncovered, unlocked, unveiled, discovered.

Gnosticism is a heresy because, according to God, we are given all that we need for life and godliness (2 Peter 1:3) in God’s word. We don’t need to decode secret mysteries, unravel sealed up messages, decipher clues, or pull back the veil on hidden things. All that we need, all that God wants us to know, is contained in the Bible. “

Going back for a minute to Cahn’s original work “The Harbinger,” let’s look at the title. The word,“Harbinger” is kind of an old fashioned word referring to someone or something that foreshadows an upcoming event. But it’s use tells us something about the beliefs of the writer just as the use of certain terminology by John Nelson Darby makes his association with Theosophy clear. Interestingly, Helena Blavatsky frequently used the term “Harbinger,” in relation to Lucifer. (Thanks go out to DeAnne for bringing this to my attention):

“It is but natural – even from the dead letter standpoint – to view Satan, the Serpent of Genesis, as the real creator and benefactor, the Father of Spiritual mankind. For it is he who was the “Harbinger of Light,” bright radiant Lucifer, who opened the eyes of the automaton created by Jehovah, as alleged; and he who was the first to whisper: “in the day ye eat thereof ye shall be as Elohim, knowing good and evil” – can only be regarded in the light of a Saviour.” – Wandering Jew (Vol. 2, p. 243)

There is much to connect Cahn to, first and most obviously; Zionism, but also Freemasonry, Kabbalah, Theosophy and Gnosticism. More on Cahn here. Here’s a Gnostic/Masonic website bringing us the “Shemitah” teaching.

Theosophy – Gnosticism – Freemasonry, are all Kabbalah. If you want to have a basic understanding of this, (and we all really should at this point in time,) you can visit the theosophical website or the Jewish Virtual Library linked above. It’s spelled out very clearly what Kabbalah and Theosophy actually teaches. Prepare to be taken aback at how much of this has crept into society and our churches.

Evolution and the ‘big bang’ are straight out of Kabbalah.

Kabbalah teaches that sound created the universe – popularly understood by Christians as a scientific interpretation of the “Word of God” creating the world in Genesis.

Kabbalah teaches about the 10 dimensions we know from string theory, so theoretical science is Kabbalah – which brings us to the subject of transhumanism and CERN. More to come on that.

Sites on Kabbalah can’t seem to say enough about the book of Enoch and the fallen angels. here, here

Many things taught in charismatic churches such as contemplative prayer, and the “Shekinah” glory of God,are Kabbalistic teachings.

The issue of Kabbalah being behind quantum physics is an important one. Most Christians today are celebrating the ‘fact’ that science is now authenticating their faith. An example of how quantum physics has entered the church is the ministry of Annette Capps—the daughter of best-selling author/charismatic pastor Charles Capps. In her booklet, Quantum Faith, she presents a Christian faith compatible with the “scientific” principles of quantum physics, and, as such, also compatible with the so-called “scientific” principles of the New Age/New Spirituality. She even goes so far as to refer readers to  New Age leader Gary Zukav’s book The Dancing Wu Li Masters—An Overview of the New Physics. In her booklet, Annette Capps writes:

As I studied the theories of quantum physics, I was reminded of a prophecy given by my father, author and teacher Charles Capps, “Some things which have required faith to believe will no longer require faith, for it will be proven to be scientific fact.”

The issue of Kabbalah being behind quantum physics is an important one. Most Christians today are celebrating the ‘fact’ that science is now authenticating their faith. An example of how quantum physics has entered the church is the ministry of Annette Capps—the daughter of best-selling author/charismatic pastor Charles Capps. In her booklet, Quantum Faith, she presents a Christian faith compatible with the “scientific” principles of quantum physics, and, as such, also compatible with the so-called “scientific” principles of the New Age/New Spirituality. She even refers readers to  New Age leader Gary Zukav’s book The Dancing Wu Li Masters—An Overview of the New Physics. In her booklet, Annette Capps writes:

As I studied the theories of quantum physics, I was reminded of a prophecy given by my father, author and teacher Charles Capps, “Some things which have required faith to believe will no longer require faith, for it will be proven to be scientific fact.”

At first glance that might seem like a good thing, or harmless at worst, but consider it in light of scripture which tells us:

*But without faith it is impossible to please him: for he that cometh to God must believe that he is, and that he is a rewarder of them that diligently seek him.” Hebrews 11:6

It’s amazing how we gobble this stuff up; new vocabulary, new completely unbiblical concepts, and see it all as harmless. I remember when the book “The Shack” first came out. I read it and it left me “flat” (I had the same response to Rick Warren’s “Purpose Driven Life” and Cahn’s “The Harbinger”). I saw no sense in seeing the Holy Spirit as a fat woman or any of the other bizarre depictions in the book. It made no sense to me at all, and just felt “off,” but at the time I didn’t know why that was. Today I know that viewing God as a woman is distinctly Gnostic, again; Kabbalah. But I remember discussing the book with people at the bookstore. People liked the book and defended it. You were made to feel like you were silly if you didn’t go along with the popular acceptance of it. Little did I know that was only the beginning. (Reading this Theosophical link: Lucifer the Lightbringer you can clearly see the Gnosticism and where that book (The Shack) came from.)

It all boils down to each of us individually being grounded in, and having a solid understanding of the Word of God. There was a deliberate design behind the creation of the charismatic movement, which has had a great influence in just about every denomination, shifting the focus to the experiential rather than on a solid understanding of the Word of God. By design, this has created a great ignorance to some of the most basic doctrines of Christianity. God’s Word never returns void and many souls have been reached for Christ through charismatic believers, but with so many different ideas about gifts of the spirit, second baptism, perfectionism, divine healing and more, when we get together as “Christians agreeing to disagree on a few doctrines,” it has become hard to sort out differing opinions from a different gospel entirely. I can’t encourage you strongly enough to know the basic doctrines of the Christian faith.

Here is a segment from an article by Berit Kjos about Jonathan Cahn.

Criticism:  “It is stated that Jonathan Cahn ‘says that Zohar, an extrabiblical, mystical source from which the occultic and mystical Kabbalah is derived, greatly influenced his writing.'”

Cahn’s answer:  “Unfortunately this kind of statements represents some of the extreme and bizarre opposition to The Harbinger – It is an extreme false accusation. No. I have never in my life said that the Zohar has greatly influenced my writing – nor has it ever. … Rabbinical writings, mystical or otherwise, have been quoted for ages, in Bible commentaries, apologetics, works such as The Life and Times of Jesus the Messiah, etc….

In light of that, please watch this video: 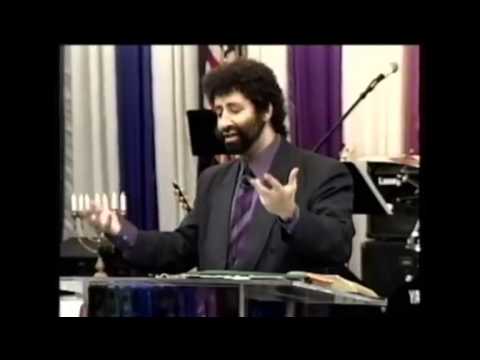 And in light of that, please watch the following trailer with discernment:

Don’t buy Jonathan Cahn’s new book. It’s much more than a distraction, it’s the occult setting up shop in the church.