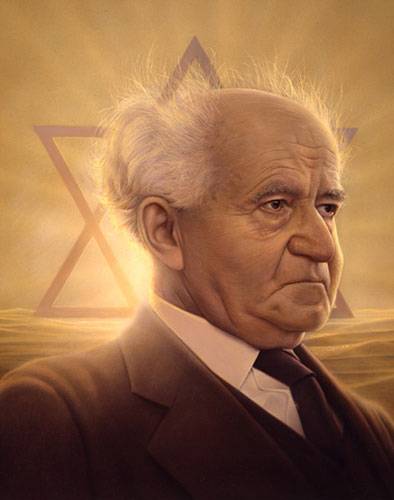 In Life Magazine and Look Magazine of the 16th of January 1962, David Ben Gurion, Zionist, atheist and first prime minister of Israel stated, while still in office:

“The image of the world in 1987 as traced in my imagination: The Cold War will be a thing of the past. Internal pressure of the constantly growing intelligentsia in Russia for more freedom and the pressure of the masses for raising their living standards may lead to a gradual democratization of the Soviet Union…[Glasnost, Perestroika & Gorbachev were right on time in 1987 and going according to plan]

“…On the other hand, the increasing influence of the workers and farmers, and the rising Political importance of men of science, may transform the United States into a welfare state with a planned economy. Western and Eastern Europe will become a federation of autonomous states having a Socialist and democratic regime.

“With the exception of the U.S.S.R. as a federated Eurasian State, all other continents will become united in a world alliance at whose disposal will be an international police force. All armies will be abolished and there will be no more wars. In Jerusalem, the United Nations will build a shrine of the prophets to serve the federated union of all continents; this will be the seat of the Supreme Court of Mankind, to settle all controversies among the federated continents, as prophesied by Isaiah…” 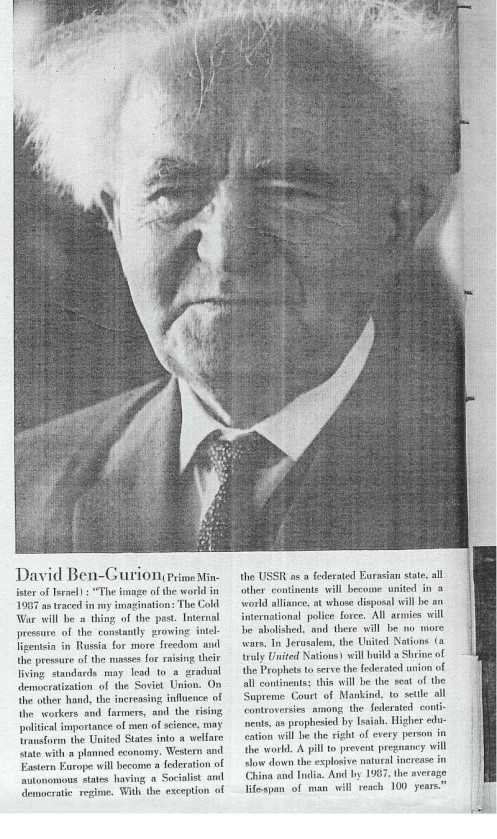 Interesting look back at a speech from Ben Gurion..see his predictions for 1987? ..and on queue the Soviet Union collapsed..What about the other predictions? Do we see Jerusalem taking shape as the head of the world?