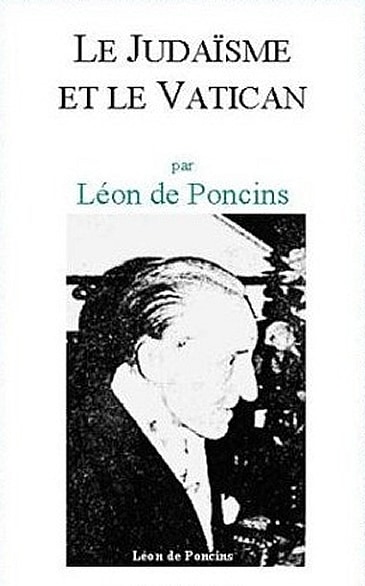 Since there’s a lot of confusion on the subject of Israel, the article below should be preempted with a distinction and clarification of terms:

The terms that need to be clarified are “Spiritual Israel” (“Israel of God”) versus dangerous “Replacement Theology”.

Replacement Theology erroneously maintains that the church has replaced ethic, national “Israel” in receiving God’s promises to Abraham. But, biblically, true Israel has always been the people of faith, as stated in Galatians:

“Know ye therefore that they which are of faith, the same are the children of Abraham” (Gal 3:7).

The book of Romans says,

“For they are not all Israel which are of Israel; neither because they are the seed of Abraham are they all children… but the children of promise are counted for the seed” (Rom 9:6-8).

The children of the promise are those who put their faith in Jesus:

“And if you are Christ’s, then you are Abraham’s seed and heirs according to the promise” Gal 3:29.

In the article below, Cf. J. ISAAC makes the distinction between Israel of God by faith and Israel of the flesh:

“The way in which the Christian faith has gained its independence had to quickly and inevitably drag it into a war against Israel ‘according to the flesh,’ since the Church proclaims itself the only Israel and the only Israel according to the spirit. But is the full gravity of this claim well grasped? It is worse than the defamation of the Jewish people and means trying to take from them the very spark of life and the sacred fire, and even their very soul. Moreover, it means to remove Israel from its place in the sun and take from it its privileged status in the empire… In this is Israel’s error, since the Israel of God was always by faith and not of the flesh. ” (emph added)

In Galatians 6:16 Paul refers to the “Israel of God”, and frequently dismisses any ethic or national distinction, (i.e. Gal 3:26; Gal 4:5–7; Gal 6:15,) instead referring to the “children of promise” (Gal 4:28). While Paul does refer to a literal national Israel in Romans 9:4, this passage must be read in context. GotQuestions.org writes:

“1 Pet 2:9 uses the same terminology as Exodus 19:5–6 in reference to Christians. Galatians 3:29 uses the term heirs, as does Isaiah 65:9. All Christians are “fellow citizens” and members of the house of God, according to Ephesians 2:12–13. Romans 10:12 also says the same—there is no national preference with respect to salvation. Just as we become spiritual “sons of Abraham” by faith (Galatians 3:7), so we can be considered “spiritual Israel” when we receive Christ.” 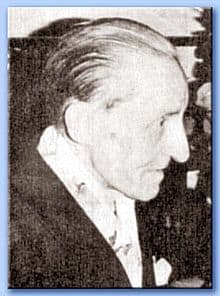 Vicomte Leon de Poncins (1897-1976) a traditional Catholic French intellectual, was the author of 30 books that exposed the Masonic Jewish (Illuminati) conspiracy which today holds mankind in its thrall.

Below, in  “Judaism and the Vatican” (1967) citing Jewish sources, de Poncins shows that Judaism seeks to supplant God and destroy Christianity (using Freemasonry and Communism). Christ’s Gospel contradicts Jewish belief in their own Choseness and racial supremacy.

The real “hater”, Judaism wages a covert war on humanity and God while accusing its hapless targets of “hate” if they dare remark on it. It is behind feminism and “gay rights,” globalism and third world migration. It’s behind 9-11 and terror, pretexts to unveil a Communist police state. Empowered by a worldwide monopoly on government credit, this satanic conspiracy is reaching fruition.

“The Jew emancipated himself … by making himself master of the money-market… through him, money has become a world power,  and the practical Jewish spirit has been adopted by the Christian peoples. The Jews set themselves free in proportion as the Christians become Jews. Thus, they contributed considerably to making money, the means, the measure and the end of all human activity.” (Cited by de Poncins p. 76)

Add sex and power, and Marx would have nailed it. Mankind has been inducted into a satanic cult.

On the morning of February 9, 1923, citizens of London who read the newspapers certainly did not notice a few lines in the Hebrew weekly Jewish World, fearsome and prophetic lines for those who knew how to grasp their meaning.

“The dispersion of the Jews has not made them a cosmopolitan people. In fact, [Jewry] is the only truly cosmopolitan people, and, as such, it must act–and in reality, it does act–as a dissolver of any distinction of race and of nationality.The great ideal of Judaism is not that one day Jews will gather in a corner of the earth for separatist purposes, but that the entire world will be imbued with Jewish teaching, and then in a universal brotherhood of nations–in reality, a vaster Judaism–all the separate races and religions will disappear. They […] go even further. With their literary and scientific activities, with their supremacy in all sectors of public activity, they are preparing to gradually melt thoughts and systems which are non-Jewish or which do not correspond to the Jewish models.” Cf. Jewish World, February 9, 1923. At the British Museum, I was able to verify personally the correctness of this citation (N.d.A.).

This messianic dream can take many different forms, but the final goal remains unchanged: the triumph of Judaism, Jewish law, and the Jewish people. Under the universalist appearance, it is, indeed, a matter of Jewish imperialism which intends to govern and enslave the world.

“The Jewish people, right from the time of Jesus Christ … believed itself the people chosen as an instrument of a higher power. With respect to other nations, it still today believes itself the chosen people because [it is] representative of a supernatural force. […] For it  [the afterlife] does not exist. However often it has been spoken about, Israel has never believed in it. The pact of alliance [Covenant with God] is only a bilateral contract quite precise and positive. If the Jew obeys, he does so only in order to have dominion over the world. […] Israel is a terrible realist: it wants recompense down here on the earth for those who do good and punishment for those who live in evil […]. Even in the darkest moments of their history–and of universal history–these eternal losers preserve in their faithful hearts the promise of an eternal victory.”  Cf. E. FAURE, L’ame juive (“The Jewish soul”); cited in La question juive vue par vingt-six éminentes Personnalités juives (“The Jewish question as seen by twenty-six prominent Jewish Personalities”), Ed. EIF, Paris 1934.

THE DIVINITY OF JESUS CHRIST IS OBSTACLE JEWISH MESSIANISM

But to achieve this goal, it is necessary to abolish Christianity, which represents an insurmountable obstacle on the path to Jewish imperialism.

Until the coming of Jesus Christ, the position of Israel was simple and clear: according to the Prophets, by the grace of Yahweh, Israel was called upon to govern the world; if the people of the servants of Israel had complied with the divine requirements, the time would have come when Israel would had reigned over all the earth.

But here unexpectedly in Galilee was born a Prophet: A Prophet–Man and God–even He from the real race of David, and thence son of the Covenant. “Do not think that I have come to abolish the Law or the Prophets, I have come not to abolish them but to fulfill them” (Matt. 5:17). And as proof of his mission, he performed a series of unprecedented miracles; the fascinated crowds follow him.  …

But–in this is the enormous gravity of his mission–he interprets the promise in a completely new and different sense, so as to destroy the proud Hebrew edifice by spiritualizing and universalizing it. The realization of the promises was transferred from the material to the spiritual plane; surpassing the national level, it was no longer solely addressed to the Jews, until that moment the only beneficiaries, but was extended to the entire world.

… It was no more a matter of the supremacy of a race or a nation, or the triumph of a privileged nation: the chosen people were reduced to the rank of an ordinary people, one people among others. 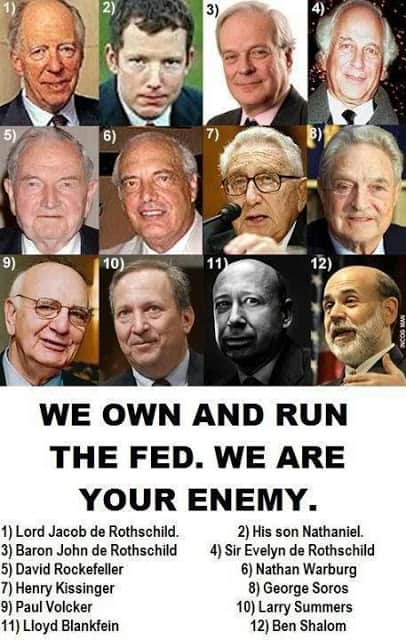 The religious pride and nationalism of the Jews did not permit this leveling; it was contrary to the messianic promises and put off … the submission of all the kingdoms of the earth to Israel. The heads of the priests and the Pharisees could not tolerate such a blasphemy and such an attack on their privileges, and thus to get rid of that dangerous agitator, delivered him to the Romans and had him condemned to death.

But Jesus Christ rose from the dead and His preaching spread in the ancient world with the speed of flame. Jews denounced His disciples to the Roman authorities as rebels against the empire; Rome persecuted them incessantly, offering them as food to wild beasts, burning, skinning and crucifying them. Nevertheless, the Christian wave proceeded without respite, winning over the senior imperial power; then suddenly the world wavered and inclined in favor of the Church of Christ…

The Israelites have never accepted and will never accept this defeat. The rupture was total and definitive; the collision now became inevitable on both sides.

“If the Jew is right, Christianity is nothing but an illusion. If instead, the Christian is right, the Jew is, under the best of hypotheses, an anachronism or at most the image of that which no longer has reason to exist. For the Jew, Christianity represents the renunciation of a monopoly, and the rejection of a “nationalist interpretation”–not to say racist–of the “election”;  [Christianity] is the opening up to the human brotherhood, and, at the same time, a big “amen” said to God, and to everything God decides… And here we touch on the other reason (or excuse), which justifies the Jew’s ‘no’ to Christ, who did not correspond to the idea that the Jew had made for himself of the Messiah and of salvation.” … Cf. F. FEJTO, Dieu et son juif (“God and his Jew”), pp. 34, 190, 192.

“The way in which the Christian faith has gained its independence had to quickly and inevitably drag it into a war against Israel ‘according to the flesh,’ since the Church proclaims itself the only Israel and the only Israel according to the spirit. But is the full gravity of this claim well grasped? It is worse than the defamation of the Jewish people and means trying to take from them the very spark of life and the sacred fire, and even their very soul. Moreover, it means to remove Israel from its place in the sun and take from it its privileged status in the empire, because such are the close ties and the interweaving of the spiritual and temporal.” Cf. J. ISAAC, Genèse de l’Antisémitisme, p. 150.

“We then return to the same point: to overthrow the Christian religion, born from her womb, is a vital necessity for Israel, which views it as her most formidable opponent . . . In his book Le malheur d’Israël (The Misfortune of Israel), the [pro Christian] Jewish writer A. Roudinesco provides a wonderful response to all these curses filled with anger: “This small community’s survival down to our days, despite persecution and unprecedented suffering, has been called the ‘Jewish miracle.’

This survival is not a miracle, but rather is a disgrace. The real Jewish miracle is the spiritual conquest of humanity through Christianity. The mission of the chosen people ended a long time ago. Those who, among the Jews, hope one day to be able to finish off  Christianity with a renewed messianism ignore the essential laws of the evolution of humanity.”  Cf. A. ROUDINESCO, Le malheur d’Israël (“The Misfortune of Israel”), Ed. de Cluny, Paris 1956.