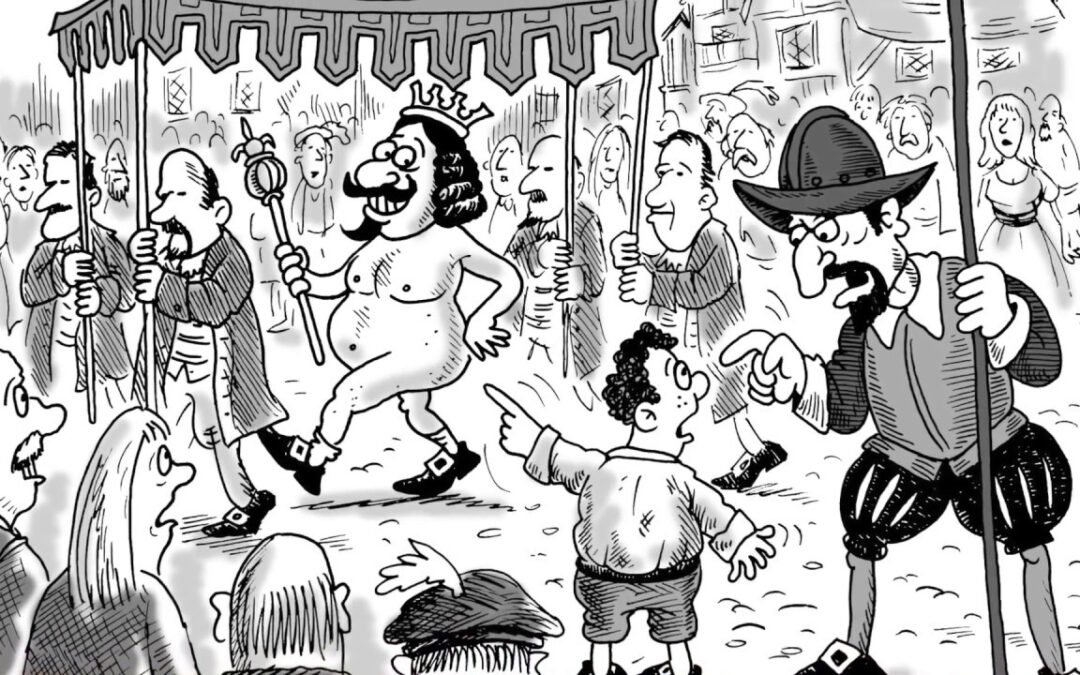 Since the earliest days of “COVID” hysteria, long before the toxic, unproven-to-help-fight-anything injection, the elephant in the room has been that:

No virus has ever been isolated.

(For those already asking “If there’s no virus why are people getting sick and dying?” you might want to Read this first.)

They’ve never isolated a virus. When we keep this glaring fact at the forefront, PCR tests, social distancing, masks worn in public and suffocating our children in school (who don’t even get the “virus”), devastating private business closures, mandated toxic injections to keep jobs, and other draconian measures to stop the “spread” are exposed for what they are; an unprecedented evil-means to institute world-wide medical tyranny, cull the population and reset the economy. Now, if you’ve read many of my articles, you know that the opposition to all this is being meticulously controlled and  steered to a desired “solution” which is ultimately spiritual. But I’d be irresponsible, if not unloving not to expose the fantastically false premise under which people are allowing themselves to be injected with the toxic potion known as the “COVID vaccine.”

That being said, there are two key factors in discovering a virus; ISOLATION and GENETIC SEQUENCING. Both of these are covered in a Statement on Virus Isolation, authored and published by Dr. Andrew Kaufman, Dr. Tom Cowan, and Sally Fallon Morell. Reprinted in full here:

“Isolation: The action of isolating; the fact or condition of being isolated or standing alone; separation from other things or persons; solitariness.” — Oxford English Dictionary

“The controversy over whether the SARS-CoV-2 virus has ever been isolated or purified continues. However, using the above definition, common sense, the laws of logic and the dictates of science, any unbiased person must come to the conclusion that the SARS-CoV-2 virus has never been isolated or purified. As a result, no confirmation of the virus’ existence can be found. The logical, common sense, and scientific consequences of this fact are:

* the structure and composition of something not shown to exist can’t be known, including the presence, structure, and function of any hypothetical spike or other proteins;

* the genetic sequence of something that has never been found can’t be known;

* “variants” of something that hasn’t been shown to exist can’t be known;

In as concise terms as possible, here’s the proper way to isolate, characterize and demonstrate a new virus. First, one takes samples (blood, sputum, secretions) from many people (e.g. 500) with symptoms which are unique and specific enough to characterize an illness. Without mixing these samples with ANY tissue or products that also contain genetic material, the virologist macerates, filters and ultracentrifuges i.e. purifies the specimen. This common virology technique, done for decades to isolate bacteriophages [2a] and so-called giant viruses in every virology lab, then allows the virologist to demonstrate with electron microscopy thousands of identically sized and shaped particles. These particles are the isolated and purified virus.

These identical particles are then checked for uniformity by physical and/or microscopic techniques. Once the purity is determined, the particles may be further characterized. This would include examining the structure, morphology, and chemical composition of the particles. Next, their genetic makeup is characterized by extracting the genetic material directly from the purified particles and using genetic-sequencing techniques, such as Sanger sequencing, that have also been around for decades. Then one does an analysis to confirm that these uniform particles are exogenous (outside) in origin as a virus is conceptualized to be, and not the normal breakdown products of dead and dying tissues. [2b] (As of May 2020, we know that virologists have no way to determine whether the particles they’re seeing are viruses or just normal break-down products of dead and dying tissues.) [2c]

If we have come this far then we have fully isolated, characterized, and genetically sequenced an exogenous virus particle. However, we still have to show it is causally related to a disease. This is carried out by exposing a group of healthy subjects (animals are usually used) to this isolated, purified virus in the manner in which the disease is thought to be transmitted. If the animals get sick with the same disease, as confirmed by clinical and autopsy findings, one has now shown that the virus actually causes a disease. This demonstrates infectivity and transmission of an infectious agent.

None of these steps has even been attempted with the SARS-CoV-2 virus, nor have all these steps been successfully performed for any so-called pathogenic virus. Our research indicates that a single study showing these steps does not exist in the medical literature.

Instead, since 1954, virologists have taken unpurified samples from a relatively few people, often less than ten, with a similar disease. They then minimally process this sample and inoculate this unpurified sample onto tissue culture containing usually four to six other types of material — all of which contain identical genetic material as to what is called a “virus.” The tissue culture is starved and poisoned and naturally disintegrates into many types of particles, some of which contain genetic material. Against all common sense, logic, use of the English language and scientific integrity, this process is called “virus isolation.” This brew containing fragments of genetic material from many sources is then subjected to genetic analysis, which then creates in a computer-simulation process the alleged sequence of the alleged virus, a so called in silico genome. At no time is an actual virus confirmed by electron microscopy. At no time is a genome extracted and sequenced from an actual virus. This is scientific fraud.

The observation that the unpurified specimen — inoculated onto tissue culture along with toxic antibiotics, bovine fetal tissue, amniotic fluid and other tissues — destroys the kidney tissue onto which it is inoculated is given as evidence of the virus’ existence and pathogenicity. This is scientific fraud.

From now on, when anyone gives you a paper that suggests the SARS-CoV-2 virus has been isolated, please check the methods sections. If the researchers used Vero cells or any other culture method, you know that their process was not isolation. You will hear the following excuses for why actual isolation isn’t done:

1. There were not enough virus particles found in samples from patients to analyze.

2. Viruses are intracellular parasites; they can’t be found outside the cell in this manner.

If No. 1 is correct, and we can’t find the virus in the sputum of sick people, then on what evidence do we think the virus is dangerous or even lethal? If No. 2 is correct, then how is the virus spread from person to person? We are told it emerges from the cell to infect others. Then why isn’t it possible to find it?

Finally, questioning these virology techniques and conclusions is not some distraction or divisive issue. Shining the light on this truth is essential to stop this terrible fraud that humanity is confronting. For, as we now know, if the virus has never been isolated, sequenced or shown to cause illness, if the virus is imaginary, then why are we wearing masks, social distancing and putting the whole world into prison?

Finally, if pathogenic viruses don’t exist, then what is going into those injectable devices erroneously called “vaccines,” and what is their purpose? This scientific question is the most urgent and relevant one of our time.

We are correct. The SARS-CoV2 virus does not exist.”

With a background in biostatistics, Christine Massey has been using Freedom of Information (FOIA) requests as a research tool to get to the truth about SARS-CoV-2. The question: Does the virus exist? Following is an excerpt from her interview with Jon Rappaport:

Q: How many public health and government agencies have you queried with FOIA requests?

Many people around the world have obtained responses to the same/similar, or related, [FOIA] requests, from institutions in their own countries. One person who has done a lot of work on this in New Zealand and other countries is my colleague Michael S. Also a fellow named Marc Horn obtained many in the UK. A handful of other people obtained several responses, and lots of people have obtained 1 or 2.

I have been compiling all of the responses that are sent to me on my FOI page, and as I type this (October 4, 2021) we have FOI responses from 104 institutions in well over 20 countries all relating to the purification/existence of the alleged virus. Additionally, there are court documents from South Africa and Portugal. In total, 110 instructions are represented at this moment on my website. There are FOI responses from more institutions that I haven’t had a chance to upload yet.

Q: How would you characterize the replies you’ve gotten from these agencies?

A: Every institution without exception has failed to provide or cite even 1 record describing purification of the alleged virus from even 1 patient sample.