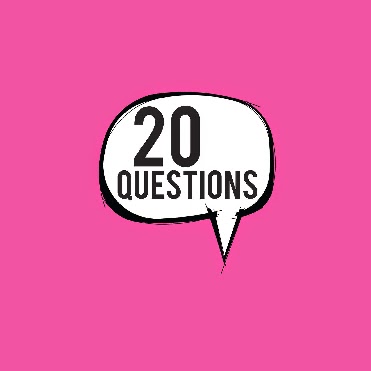 
I am sure you remember the game 20 Questions. I used to enjoy playing it with my friends because it challenged us to think. We would do well to spend a little more time thinking these days. So much of what we are fed anymore is B.S. and we swallow it without even taking the time to ponder what we were just fed.

Asking questions is the most effective way to teach. Although most of us enjoy lecturing, actual learning tends to occur more readily when we are posed questions. Usually when I write a commentary, it is an explanation of what I think. Perhaps it is time for me to encourage YOU to think. So here are 20 questions for you.

If an unborn baby is not alive, why are its body parts of value?

If there is a “separation between the church and state”, why has the government spent so much money on a religious leader’s visit?

If Tea Party folks are so racist why do they like Ben Carson?

If the U.S. Supreme Court were to rule that it is “legal” for men to have sex with young boys, would it be legal?

Why are there no Protestants on the U.S. Supreme Court?

If flooding a nation with immigrants is the Christian thing to do, why don’t they ship a bunch of Syrian refugees to Vatican City?

If the Pope is so concerned about poverty, why doesn’t the Vatican fund the American welfare system?

Is there any country in the world where LGBT, blacks, Hispanics, women, Muslims, or other minorities have more rights than they do in the U.S.?

Is it possible that it is political ideology and not religion that Obama and the Pope share?

If the Pope “speaks for the church”, why do so many Catholics ignore the Pope’s position on abortion and homosexuality when they go to vote?

If paying taxes is “voluntary”, why do you go to jail if you don’t “volunteer” to pay them?

Since over 80% of all Mexicans are Catholic, wouldn’t open borders be a great way to restock the rapidly emptying American Catholic Churches?

Are societal standards determined by a vote of unelected judges?

If Muslims are so peaceful, why is our government killing so many of them overseas?

If homosexuals are “born that way”, how about pedophiles, bi-sexuals, and bigots?

Why do both political parties hate Donald Trump?

Is being a Christian and being a Conservative the same thing?

If President Obama is a Christian, why do so many people think he’s a Muslim?

If Planned Parenthood is so concerned about women, and since they receive $500 million in government aid, why aren’t the abortions free?

If the US Government is a corporation wouldn’t Donald Trump be the most qualified candidate to run it?

If homosexuality and cigarette smoking are both behaviors why do our schools approve of one and disapprove of the other?

Why do the names Common Core and Communism sound so much alike?

I know the game is called 20 questions but I wanted to show my mastery of Common Core arithmetic.