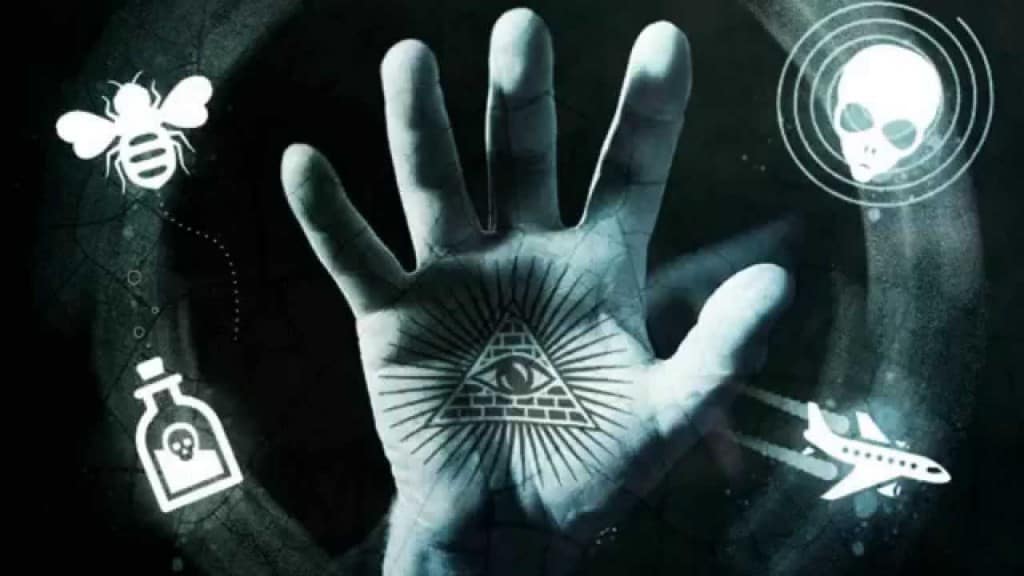 Another hit was recently attempted on the rising culture of educated people: people educated about “conspiracies.” Mainstream academic institution the University of Kent published a study claiming that conspiracy theorists tend to be narcissistic.

A Daily Mail article sports the headline “Believe in conspiracy theories? You’re probably a narcissist: People who doubt the moon landings are more likely to be selfish and attention-seeking.”

Right: the University of Kent experts have really pinned down the root psychological machinations of a conspiracy theorist.

Like other recent attacks on “conspiracy theorists” in mainstream academia, they associate “moon landing conspiracy theories” with all kinds of other historically proven, irrefutably true facts.

The article tries to paint these people as absurd, saying “Do you think the moon-landings were faked, vaccines are a plot for mind control, or that shadowy government agencies are keeping alien technology locked up in hidden bunkers?”

Here are some irrefutable facts to put reality in perspective: from an article titled “Governments and Biowarfare: a Brief History”

– 1932: The Tuskegee Syphilis Study begins. 200 black men diagnosed with syphilis are never told of their illness, are denied treatment, and instead are used as human guinea pigs in order to follow the progression and symptoms of the disease. They all subsequently die from syphilis, their families never told that they could have been treated. Follow this link for more info.

– 1950: In an experiment to determine how susceptible an American city would be to biological attack, the U.S. Navy sprays a cloud of bacteria from ships over San Francisco. Monitoring devices are situated throughout the city in order to test the extent of infection. Many residents become ill with pneumonia-like symptoms. Follow this link for more info.

– 1955: The CIA, in an experiment to test its ability to infect human populations with biological agents, releases a bacteria withdrawn from the Army’s biological warfare arsenal over Tampa Bay, Fl. Follow this link for more info.

– 1965: Prisoners at the Holmesburg State Prison in Philadelphia are subjected to dioxin, the highly toxic chemical component of Agent Orange used in Viet Nam. The men are later studied for development of cancer, which indicates that Agent Orange had been a suspected carcinogen all along.Follow this link for more info.

– 1990: More than 1500 six-month-old black and Hispanic babies in Los Angeles are given an “experimental” measles vaccine that had never been licensed for use in the United States. CDC later admits that parents were never informed that the vaccine being injected to their children was experimental. Follow this link for more info.

– 1994: With a technique called “gene tracking,” Dr. Garth Nicolson at the MD Anderson Cancer Center in Houston, TX discovers that many returning Desert Storm veterans are infected with an altered strain of Mycoplasma incognitus, a microbe commonly used in the production of biological weapons. Incorporated into its molecular structure is 40 percent of the HIV protein coat, indicating that it had been man-made. Follow this link for more info.

Nobody has a perfect measure of probability. Nobody has the ability to say “no, that can’t be true, that’s not probable,” because to have an accurate sense of probability, you’d have to know a lot more than you do.

There are so many historical facts that could obliterate a person’s perception of “probable.”

If an ordinary person spent a few days being educated by a person into these facts, a person who mainstream culture would condemn as a “conspiracy theorist,” they would never see the world the same again.

Mainstream academia cannot reasonably sit on a pedestal and claim that they have supreme ability to measure probability.

Moon landing conspiracy theories have little to do with an understanding of the irrefutable reality of hegemony and its conniving, conspiring nature: the conspiring history of Rockefeller and Carnegie, the industrial magnates of the United States, creating corrupt academic institutions such as the University of Chicago, for example.

Moon landing theories have little to do with the recent conspiracy facts of Halliburton being granted contracts in Iraq, or the US taking out Gaddafi in Libya to defend the petrodollar.

There’s an entire world of history behind the industrial powers that fought in the World Wars (IG Farbin, National City Bank).

There’s an entire world of depth behind the curtain of political theater, and it takes more effort to try and understand than some contracted, paid-off mainstream academics at the University of Kent are willing to put forth. Well, the amount of effort it takes is not something they can’t do, it’s something they won’t do. If you’re reading this, that’s probably abundantly clear to you.

The establishment media would like to crush dissent, to crush speculation or questions for the official narrative: the truth is, it’s not narcissists who like to look deeper, it’s people with the common sense to realize that many things in our society are not right, and we need to understand history better to know why they are not right.

Perhaps sometimes the more open-minded people could fall prey to an illusion, as we all might at times, but to try and paint it as some overarching, general rule of psychology that conspiracy theorists are narcissistic is preposterous.

We need to understand where the structures of our society, corporations, and government powers really originated: the truth is, people conspire. Wealthy people conspire, infiltrate academia, have wars, use propaganda, and if a man in power can get away with something, history shows that they will take advantage.

Please share this with as many people as possible, to clearly distinguish the difference between true geopolitics, true power, and some paranoid sounding speculation on the reality of the moon landing.

This article (Mainstream Academia/Media Attacks “Conspiracy Theorists”: Ignore Compelling Info, Focus on Irrational Sounding Things) is free and open source. You have permission to republish this article under a Creative Commons license with attribution to Era of Wisdom.org.