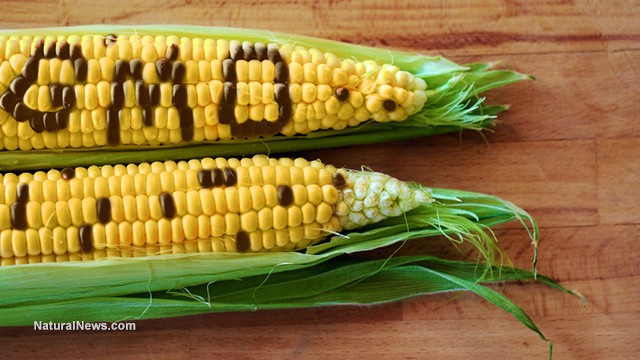 I know the feeling. You want things to just be like they used to be. You want to just go to the store, buy some popcorn and enjoy a movie like you did in the good ol’ days. You figure, “I know. It’s not good for me. But C’mon, how can we avoid all of it? It’s everywhere! Can’t we just go back to normal?” We get tired of reading every label, going to different stores to find (hopefully) untainted food until finally we give in and plop down to a big bowl of popcorn, sharing the now-poisoned-corn (is it really that bad for you? Seriously?) with your children and friends. Well then please read the article below. How bad does it have to be for other countries to refuse to import it? Better yet, countries that aren’t terribly concerned about their citizens like we’re told the US of A is! Do we have to read every label? Yes we do. Do we have to be informed? Yes we do. Is it exhausting and can it get expensive? Yes it can. But these people are playing with ours and our children’s lives, better yet they’d be downright tickled if we would oblige them and just drop dead. Yes we need to protect our health, but in addition to just protecting ourselves, we need to be taking a stand against all of this. Because

Evil men succeed when good men do nothing – Albert Einstein.

Just one day after much of the world celebrated Valentine’s Day this year, the nation of Russia enacted an embargo on all imports of corn and soy products originating in the U.S., say reports. Following through with promises earlier made in defiance of genetically-modified organisms (GMOs), Russian President Vladimir Putin says his country will no longer accept transgenic corn and soy imports due to safety and environmental concerns.

In 2013, President Putin met with U.S. Secretary of State John Kerry to discuss the issue, in which he expressed “extreme outrage” over the Obama Administration’s continuedprotection of bio-piracy corporations like Monsanto and Syngenta, which are spreading bootlegged seeds and crop chemicals throughout the world. One of President Putin’s biggest concerns is the continued decline in bee populations, which has been repeatedlylinked to pesticide and herbicide use.

Russia’s hostile feelings towards GMOs and crop chemicals are also shared by China, which enacted its own embargoes in 2015 to protect its bees and food supply against contamination. All across the globe, countries that haven’t been taken over by multinational seed corporations are taking a stand against GMOs and crop chemicals, and it’s cutting into U.S. commodity exports in a major way.

“Restrictions will be imposed on imports starting from February 15,” Assistant Director of the watchdog group Rosselkhoznadzor, Alexey Alekseenko, is quoted as saying byNatural Society. “They (the U.S.) have to establish a system to ensure safety of products imported to Russia.”

That system currently doesn’t exist, warn critics, and likely never will due to heavy lobbying from chemical and seed-modifying corporations, which hold incredible power in Washington, D.C. Their lobbying efforts keep GMOs and crop chemicals from being effectively regulated, which is harming U.S. farmers, who are seeing decreased market potential for their transgenic offerings.

“Since the products shipped from the United States pose a real threat to Russia, and the US guarantees are not valid, we reserve the right to introduce temporary restrictions on imports of US corn and soybeans,” Alekseenko added in a quote cited by RT.com.

Besides the GMO element, U.S. corn and soy products aren’t exactly of the highest quality, says Russia. Dry rot has been found in corn, as have weed seeds in soybeans, Alekseenko warns. And the microbiological conditions of the soil in which these crops are grown are also not being adequately addressed by U.S. farmers, which means an inferior end product.

“We were dumfounded,” Alekseenko told the media. “Every batch of products should come with a microbiological certificate that guarantees food safety. It turns out the products are not being tested.”

In 2015, Rosselkhoznadzor found 64 unique cases of bacterial contamination in U.S.-grown soybeans. So far in 2016, at least four additional cases have been identified, including one with a bacterial strain that has never before been identified in Russia.

The Russian embargo on soybeans originating from the U.S. will cost American farmers nearly $200 million a year, which represents only a very small percentage of total U.S. agriculture exports. But if word gets out that U.S. products are inferior and potentially dangerous, many other countries besides Russia could soon follow suit.

“The Russian decision is a huge blow to USA agribusiness,” writes F. William Engdahl for GlobalResearch.ca. “For decades, the US grain cartel companies—ADM, Cargill, Bunge—have dominated the global trade in soybeans and corn, the most widely used animal feed for cattle, pigs, chickens because of its high protein content.”

“The Russian decision, to my knowledge is the first blow to be struck against the powerful GMO agribusiness cartel.”