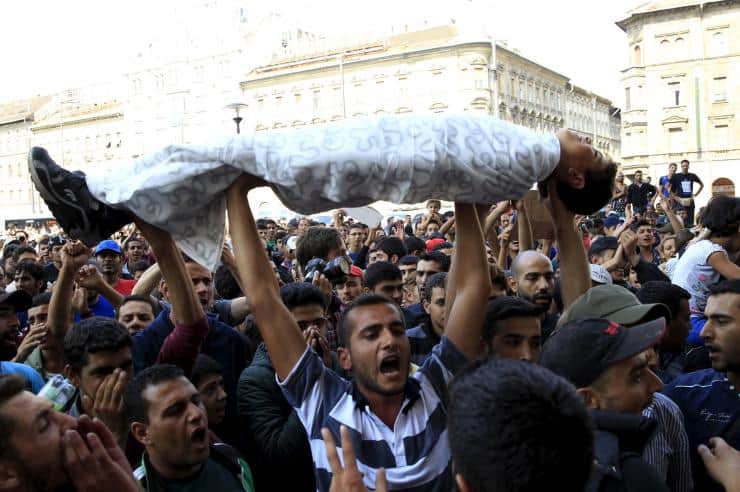 The German people are beginning to see a sinister agenda behind the mass influx of refugees into their country. The following is a report from Germany.

Well, there is lots of irritation here in Germany already (not only here), because things are already quite out of control. One female politician from Munich was some weeks ago publicly crying in a political meeting, because she worried a lot about all those refugees / immigrants and the famous event named Oktoberfest, which takes place every year in Munich and is visited by many people from Germany and also from all  over the world. She didn’t care so much about the event, but was fearing a total chaos, and none helped them sufficiently. I think she was honest and saw a realistic threat. But I didn’t follow so much how things finally worked out.

They don’t know where to put all those immigrants, and people start getting thrown out of their state-owned houses.

In the beginning very most of the Germans had a big and warm heart for the refugees, because of the danger they were in in their countries. Many people helped, gave money, food, water, clothes, toys and things like that.

But slowly many people are starting to realize that there is something “rotten” about this story. And are more and more writing this in public comments etc.

I would almost guess that already the majority would like Angela Merkel to go and leave office forever. Because she seems to be doing everything America wants from her. 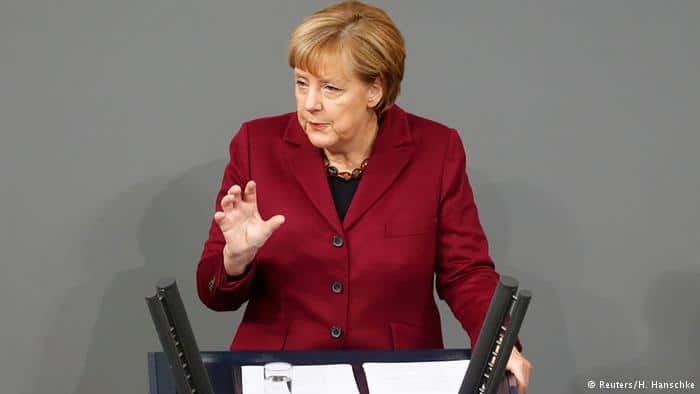 It is very clear, that this is only about destabilization and denationalization of Europe. And because Germany is more or less the heart of Europe, they’ve sent the main crowd of immigrants to Germany.

George Soros seems to have left somewhere (Syria?) even some sort of guidance, code of practice, what is the easiest way to get to Europe.

Many people recognized already that these were not so much desperate families with women and children coming to us – but young, strong fellows of more or less the same age. They seem to be given a cellphone in their home country or also here, maybe to monitor them (?). Some suspect also that this is about cheap laborers. It’s probably indeed a mix of certain aspects. 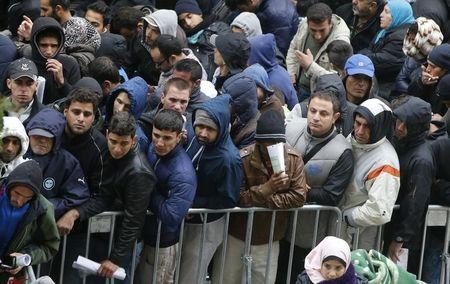 And yes, there is a growing fear for IS-fighters, coming to us. I believe some were already identified as such. The officials say that they checked 80 persons and that there was no such guy amongst them (hahah). Journalists etc., who are very familiar with these countries and all the conflicts going on there, speak of possibly 1,000 suspects, though, who are already here.

This is truly an evil plan, and less and less people are “happy” with this situation.

An artificial chaos seems to be the aim of the grey eminence behind this atrocity. And besides, Germany could go half bankrupcy, because this costs all mountains of money.

It’s all quite crazy, and countless people feel very uncomfortable by now with this situation.

Some even fear that all these fellows could be once put up against the population, when people become too unsatisfied and angry and start roaming the streets, protesting against the recent developments. No idea, time will tell.

(copies of this article are permissible with a link back to the original. Thank you)