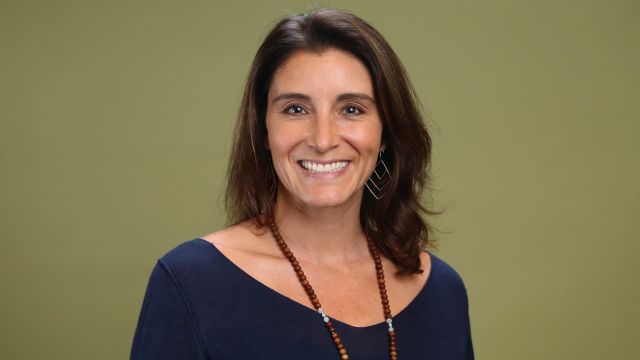 As holistic, anti-vaccine doctors are meeting suspicious untimely deaths, another anti-vaccine professional is targeted for assassination. She has unwillingly become the Targeted Individual (TI)community’s poster girl. Gang-stalkers are terrorizing the former Merck drug company employee with death threats so frightening, they forced her out of her home in attempt to survive. Thousands upon thousands of people with far lower profiles are experiencing the same satanic domestic terror until their untimely deaths.

Brandy Vaughan worked as a sales rep for Merck & Co. selling the deadly drug Vioxx that injured and killed many people. Ms. Vaughan learned that her employer pushed the drug with prior knowledge it was dangerous. The Merck scandal prompted her quitting her Merck job in the UK, moving back to San Francisco, and questioning the entire healthcare system, including vaccinations that her pediatrician bullied her about, regarding vaccinating her infant son.

When Ms. Vaughan simply asked her son’s pediatrician for the drug insert, as any well-learned parent is advised to do before giving any drug to their child, the doctor acted insulted. He turned the table, accusing her of mistrusting him, as most sociopaths do when confronted. He stormed out of the clinic room and staff advised her she was no longer welcomed there, Ms. Vaughan says.

“That was a huge red flag for me, knowing what I do being a pharmaceutical sales rep before, and I started doing my research into vaccines and the ingredients and the flawed safety data,” she said. “What came to light was many things but one was that aluminum is the main adjuvant in vaccines, childhood vaccines.”

Ms. Vaughan had experience in researching aluminum toxicity. Her grandmother’s breast cancer biopsy showed tissues with high aluminum levels. The doctor advised her grandmother to stop using regular deodorant because its high levels of aluminum and because aluminum is linked to breast cancer.

After more research, Ms. Vaughan linked America’s health crisis to the U.S. corporate government giving twice as many vaccines to children as other developed nations, despite spending more per capita on health care than any other nation.

“We have highest rates of SIDS, asthma, food allergies, ADHD, childhood leukemia, diabetes type one. To me, this is a real health crisis.”

Being a person of integrity, the type corporate government targets the most, Ms. Vaughan could not remain silent. At anti-vaccine rallies, Ms. Vaughan began giving passionate and mobilizing presentations speaking out against those vaccines made by Big Pharma, including Merck. That positioned her into one of the highest categories of individuals who are targeted. She met the most typical TI criteria: intelligent with powerful charisma to influence others to act in their best interest, not injurious corporate interest. Living in California, Ms. Vaughan became a loud and articulate opponent in the fight against forced vaccination bills like the state’s S.B. 277. YouTube user “Larry Cook 333″ released the following video of Ms. Vaughan presenting a commentary on July 26.

Merck literally has a TI “hit list,” targeting people the corporate giant aims to neutralize, according to court documents.

CBS reported on May 6, 2009 that Merck made a “hit list” of doctors criticizing Vioxx, according to testimony in a Vioxx class action case in Australia. The list, emailed between Merck employees, contained doctors’ names with the labels “neutralize,” “neutralized” or “discredit” next to them.

According to the Australian, Merck emails in 1999 showed company executives complaining about doctors who disliked using Vioxx. One email said: “We may need to seek them out and destroy them where they live …” (Emphasis added.) In the Australian court case, plaintiffs’ lawyer gave this assessment: “It gives you the dark side of the use of key opinion leaders and thought leaders … if (they) say things you don’t like to hear, you have to neutralise them … It does suggest a certain culture within the organisation about how to deal with your opponents and those who disagree with you.”

The Australian reported: “The court was told that James Fries, professor of medicine at Stanford University, wrote to the then Merck head Ray Gilmartin in Oct. 2000 to complain about treatment experienced by some of his researchers who had criticized the drug.” The “treatment” is called extreme stalking, according to experts detailing gang-stalking assaults.

[Read: Are You a Targeted Individual? Foolproof Research Criteria Secrets]

“Even worse were allegations of Merck damage control by intimidation,” Prof. Ries wrote… “This has happened to at least eight (clinical) investigators … I suppose I was mildly threatened myself but I never have spoken or written on these issues.”

Those allegations came on the heels of revelations that Merck created a fake medical journal, the Australasian Journal of Bone and Joint Medicine, to publish studies about Vioxx; had pop songs commissioned about Vioxx to inspire staff, and paid ghostwriters to draft articles about the drug. (The Australian)

Ms. Vaughan spent $3,000 on an alarm system, only to have its code hacked. Her garage door had been accessed, also simple for today’s gang-stalkers. Wired reported last week:
“The next time you press your wireless key fob to unlock your car, if you find it doesn’t beep until the second try, the issue may not be a technical glitch. Instead, a hacker like Samy Kamkar may be using a clever radio hack to intercept and record your wireless key’s command. And when that hacker walks up to your vehicle a few minutes, hours, or days later, it won’t even take those two button presses to get inside.

“At the hacker conference DefCon in Las Vegas tomorrow, Kamkar plans to present the details of a gadget he’s developed called ‘RollJam.’ The $32 radio device, smaller than a cell phone, is designed to defeat ‘rolling codes’ security used in not only most modern cars and trucks’ keyless entry systems, but also in their alarm systems and modern garage door openers. The technique, long understood but easier than ever to pull off with Kamkar’s attack, lets an intruder break into cars without a trace, turn off their alarms and effortlessly access garages.” (Emphasis added)

Also see: Hack a garage and the car inside with a child’s toy and a few chips

In 2013, Salon reported, No password is safe from new breed of cracking software. Today, two years later, gadgets on the market make hacking home security codes that much easier. Gang-stalkers easily hack any home security code, as reported last week. All it takes is a $10.00 BLEKey. [See: Tiny Hacking Device Lets Anyone Into Your Office]
Some naive commenters say Ms. Vaughan she should have installed hidden video cameras. That, however, is of no help when the stalkers can already see everything she does in and near her house, again with thanks to surveillance technology.
tattootempest posted 2 days ago: “+enginekid88 Hidden/disguised stand alone motion activated cameras that are not WiFi capable and are not connected to anything would be the way to go. No way to detect them since they do not broadcast a signal and virtually undetectable.” That, too, is a naive solution to offer TIs, when gang stalkers can see inside the home every move the target makes and every word the target utters, including in the privacy of their bathrooms and bedrooms.

In southwestern Ontario last month, a family had a creepy encounter with a camera monitoring their young child: the camera suddenly began playing music and a voice said they were being watched. It happened a little after nine in the evening on July 7 to a young family in Middlesex Centre, a rural area north of London, Ont., according to Ontario Provincial Police Const. Liz Melvin, the Globe and Mail reported this week. Ms. Melvin was rocking her baby to sleep in the nursery when stalkers remotely activated activated the camera.

Canada government issued a warning Wednesday reminding people that cameras connected to the Internet can be hacked. Security cameras and monitoring systems can be susceptible to hackers because many have an option to be used remotely enabled by default, the government stated.

“Be aware that potentially nothing is secure if it’s connected to the Internet,” Ms. Melvin said.

Like all other self-identified TIs reporting to Deborah Dupré, more than 700 innocent people, Ms. Vaughan’s phone was also hacked. Today, this is so simple, gang stalkers and others, with one text can hack as many as a billion phones at a time, according to Forbes. (See: Nearly 1 billion phones can behacked with 1 text)

“This is the creepiest thing I’ve watched in a long time because it actually happened,” comments Scott6794 about the recently uploaded video commentary (below) of Ms. Vaughan walking round her house, showing in detail what gang-stalkers have done to her to terrorize her with death threat messages, showing her that her final breath could be any moment they choose, the same type hundreds of thousands of TIs report experiencing daily.