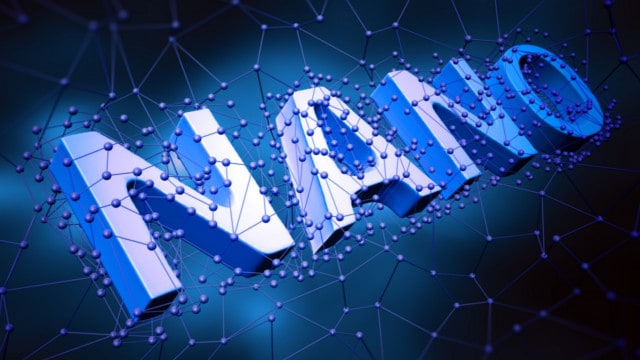 This topic is probably one of the most starkly profound and misjudged tragedies of our lifetime. It is up to each and every adult to take his health very seriously and investigate this issue further. The following information is a gift to those of you who are unaware, yet, suffering with the symptoms mentioned in this article, and had no prior knowledge of Morgellons Disease/Nano Poisoning.

A modern day Bubonic Plague, appearing without warning, like a thief in the night, SCI-FI Movie, or a nightmare out of Frankenstein’s laboratory, there appears a new biological disease which most Americans and the global population have never imagined existed. There are literally thousands of articles and websites to aid and support the existence of this affliction. Bio synthetic life integrated into our bodies without our knowledge or consent.

Human life has become victim of a heinous experiment through our food, water, air and consumer products. There is no denying this invasion. This present-day affliction has taken over on a global scale and as impossible as it sounds, these organisms feed off of the electromagnetic frequencies in our environment to network and override our genetic code called “Nanotransformation”. Frequencies are an integral component to the mutation taking place within its host. The new 5G network presently being implemented in many U.S. cities will exponentially hasten the deleterious effects of this biology in our bodies. Many have now become afflicted with painful open wounds which do not heal, fibers, crystals, chips, and various material of all colours and shapes extruding from their skin, accompanied by pain, fatigue and bodily disintegration.

“The new and improved molecule is evolving, powered by AI to replicate the human life and the way human life functions and how cells communicate and interface with the genetic code– is now assimilating the human race integrating its maxtrix with human DNA.”  One has to wonder if this nanotransformation was created decades ago so that it could marry the RFID chipping-tracking devices into the bodies of human hosts? This is mentioned in the Obama Health Care program, and according to tracking device companies, expect to implement this agenda by 2019 or 2020.


This is a document taken from the FDA website, entitled “Nano Technology Fact Sheet”.

These charts show the stages of assimilation of this nano biology. Please look closely at the pictures of the fruits taken with an 800x microscope. Anything less than the size of 50 nanometers will penetrate the surface of all skin of foods. All of our food is now laden in these toxins. 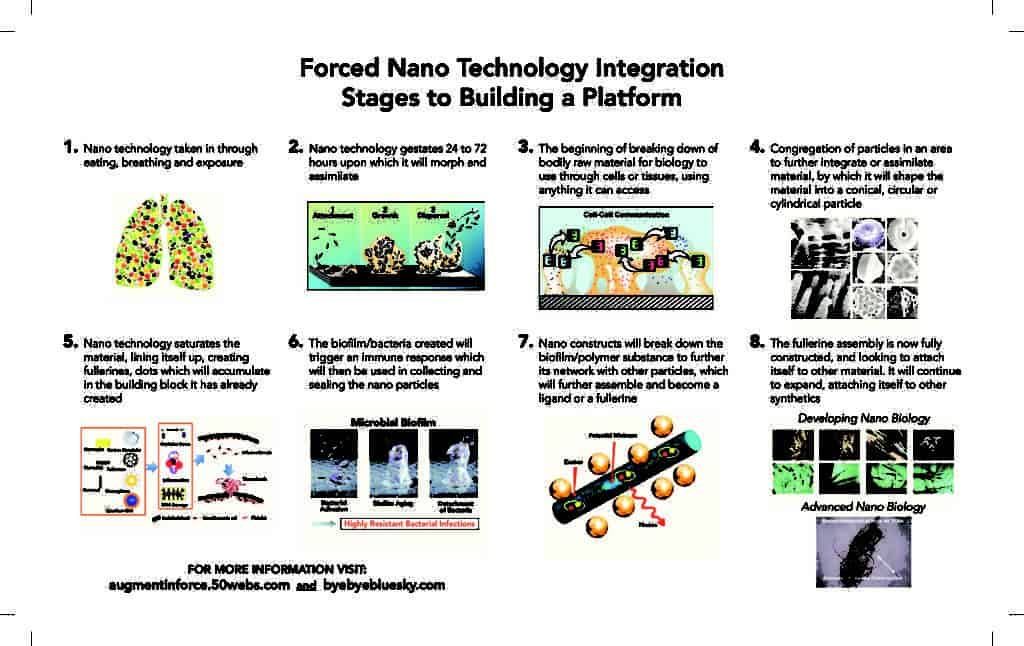 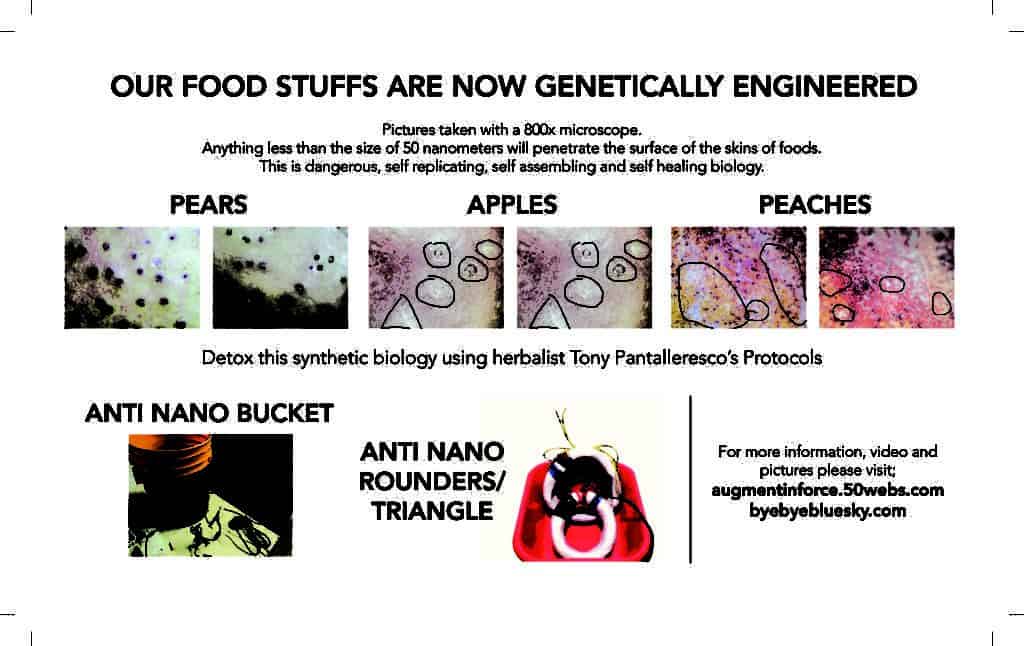 Synthetic Life Evolution – This is self assembling, self replicating, self healing tech which is growing in our bodies, defacing our genetic code and DNA. Completely unregulated, it is also in 2,000 consumer products as well!!! When did humanity agree to be an experiment? This is “SYNTHETIC BIOLOGY” growing in our bodies and activated by frequencies and carbon based foods.

WHERE IS THIS BIOLOGY COMING FROM??

Independent testing of so called “Chemtrails” around the country have demonstrated a dangerous, extremely deadly mixture desecrating the skies of most nations. Pollutants and dangerous neuro toxins likened to that that of a gas chamber, even worse….suffocating and dwindling the life force out of humanity. Numerous health reports include the increase in cardiac deaths, upper respiratory illnesses such as asthma, chronic bronchitis, lung cancer. Seen by revealing statistics, these illnesses are linked to the “particulate matter” in our air.

Those with full blown Morgellons disease are being marginalized by their doctors and told they have a delusional parasite illness. Sufferers are met by the medical community with misinformation, misconceptions and apathy. Ron Pogue of the Tulsa Police Crime lab conducted an investigation comparing the fibers of Morgellons to the FBI Data Base of over 100 thousand known fibers listed he could find no match!

Since the 1940’s, “Vulnerability Tests” have been conducted by Military and Commercial planes”, which are involved in more than 60 secret operations. This ominous program, is apart of the silent crime against human life, sprayed from the troposphere these aerosol-spraying planes continue to fumigate humans and all life force with their deadly cocktails of various toxic chemicals including, barium, nano aluminum-coated fiberglass [known as CHAFF], radioactive thorium, cadmium, chromium, nickel, desiccated blood, mold spores, yellow fungal mycotoxins, ethylene dibromide, and polymer fibers. Barium can be compared to the toxicity of arsenic.(4) Barium is known to adversely affect the heart. Aluminum has a history of damaging brain function. Independent researchers and labs continue to show off-the-scale levels of these poisons. There are no boundaries to this testing as reports and witnesses from North America, Europe, Australia, New Zealand, and ALL NATO Countries are effected.

Dr Ilya Sandra Perlingieri has stated that this is an intentional poisoning of humanity by the military industrial complex.

Patents proving this is not a conspiracy theory can be found here:
https://chemtrailsplanet.net/2012/12/10/chronology-of-us-patents-for-spraying-atmospheric-aerosols/  [this link is gone as chemtrails planet was taken down. Here are an alternate links to chemtrail patents:

This egregious crime has fallen on deaf eyes and ears since the 1940’s till present, 2017. There have been NO KNOWN restraints or regulations against the spraying of these toxic chemicals or accountability, no laws, no justice. Why is that, and who seeks to benefit from spraying their citizens? Dr Randy Wymore is one of the few brave enlightened doctors who is speaking out about this crime. 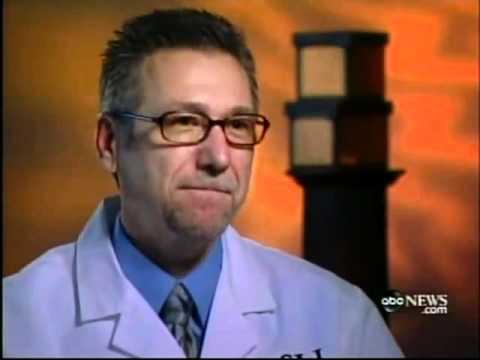 As such, it is very plausible that there is an Agenda against the people of the world by a select 1% group, believing to be superior human beings, committing sophisticated crimes of biological warfare and environmental plagues against civilization as we know it. It is mentioned in the Holy Bible, in Revelation about the mark of the beast, locusts, plagues and more. Moreover, the more recent Georgia Guidestones tells us of a sinister plot about reducing the human population to below 500 million….We the 99 % of the Human Race who are more spiritually sound, are in search of solutions for the masses to illuminate the truths of these crimes while holding these criminals and corporations accountable.

For Further Insight:
I Interviewed Suzanne Maher for this story www.byebyebluesky.com

“ALL THAT IS NECESSARY FOR THE TRIUMPH OF EVIL IS THAT GOOD MEN DO NOTHING.” EDMUND BURKE