I look at these SOHO images often. Check them out for yourself. You’ll be surprised at the number of anomalous activity that is going on around the sun.

There will be signs in the sun and the moon, and on the earth, distress of nations, with perplexity, the sea and the waves roaring. Luke 21;25

(Before It’s News) | By Susan Duclos

Why would NASA removed specific image frames from their SOHO images?

This is the question BPEarthWatch asks about an image he captured, brought to the attention of many, created a video about, then noticed, as seen in the video below, that it simply disappeared with the images showing it now skipping right over that specific time stamp.

Here is the image in question: 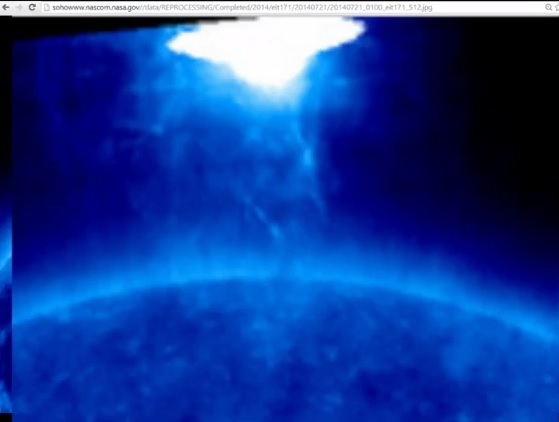 Watch below and noticed it is simply gone. The original video showing this image and discussing it will be shown below the first one.

[Update] There was a recent claim that the “face of Jesus” was seen in this specific image… but it still leaves the question of why would NASA remove it? 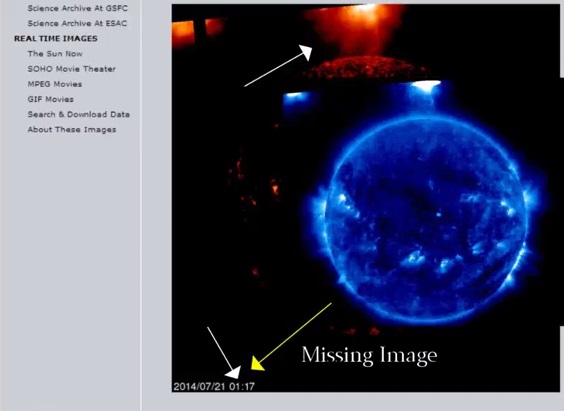