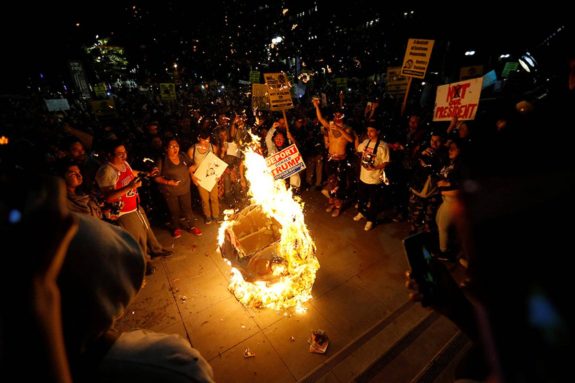 Social media is ablaze with people calling for either protest against Trump’s election, or shame against the violent actions of the protesters. Of course what we are seeing is more false flag activity, funded at least in part by an organization dubbed “Operation Soros” by a group in Macedonia who have organized to “fight against one-mindedness in the civil sector, which is devised and led by George Soros.”

“Divide and conquer.” Don’t fall for it.

Be aware. Inform others. Pray for the lost and share true hope!

Some of the anti-Trump protests in the US have been organized by groups that were sponsored by Clinton sympathizer and billionaire George Soros.

Among Wikileaks’ Podesta emails was a strategy document involving the Soros-supported MoveOn.org and grassroots organizing and funding.

MoveOn.org issued a press release on Wednesday afternoon about the protests where they wrote “hundreds of Americans, dozens of organizations to gather peacefully outside the White House and in cities and towns nationwide to take a continued stand against misogyny, racism, Islamophobia, and xenophobia.”

“Tonight, thousands of Americans will come together at hundreds of peaceful gatherings in cities and towns across the nation, including outside the White House, following the results of Tuesday’s presidential election.”

“The gatherings—organized by MoveOn.org and allies—will affirm a continued rejection of Donald Trump’s bigotry, xenophobia, Islamophobia, and misogyny and demonstrate our resolve to fight together for the America we still believe is possible,” the statement continued.

Billionaire investor George Soros has a new prediction for America. While it might be as dire as it gets for the financial wiz, this bet concerns more than just the value of the buck. According to…

“Those that are stirring it up, and many of them do work for Soros-fronted organizations are really telling those innocent protesters, and perhaps less innocent protesters, they are in danger by Trump, even though Trump has done nothing but preach unity since he won the election,” Marko Gasic, a British-Serbian political commentator told RT on Friday.

The global elite’s objections to in President-elect Donald Trump is perhaps different from what they are telling protesters, Gasic said.

“It’s an election where they had all of the media, power and money and yet they’ve lost to him,” said Gasic. “It’s a toss-up now between the Clinton-Soros view that the only democracy allowed is a one party democracy that agrees with what they say and if that doesn’t happen they are ready to do a counter-revolution to destroy that democracy and that democratic vote.”

However, Gasic doesn’t think they would try to get rid of Trump.

“But they want to intimidate him to get him to agree to social peace at home as long as the global elites are allowed to pursue their wars abroad. They want him to become a neocon just like they are,” he added. 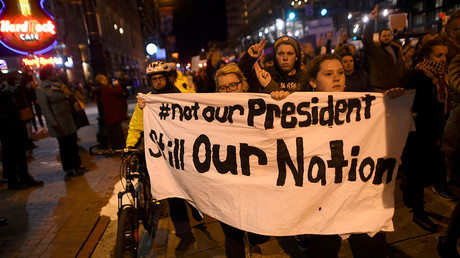 Nationwide anti-Trump protests rock the US

Since Trump won on Tuesday, protests have occurred out in cities across the US, all of which are Democratic strongholds. There have been three nights of protests, with more planned for Friday night and many slated for the weekend.

At a rally in Portland attended by more than 4,000 people on Thursday night, police declared it a riot and fired tear gas and rubber bullets at the crowd after claiming they were attacked by protesters. They arrested 26 people.

Leading Democratic funders in California have started a campaign calling to reject the election results, arguing it was not consistent with the state’s values.

Gasic believes someone is “stirring the pot” because “America has never traditionally had a problem with accepting the outcome of an election.”

“We now have Soros behind many ‘color’ revolutions in other countries and financing in effect a semi-color revolution in US,” Gasic told RT, a reference to the Orange Revolution in Ukraine, among others. “I don’t know if it categorizes as treason. He certainly operates from the shadows. His only legitimacy is his wallet. His only concern is to create the kind of democracy he can prop up and gain an interest from. That’s the kind of person who is behind this continuing protest against a valid, legitimate, free election.” 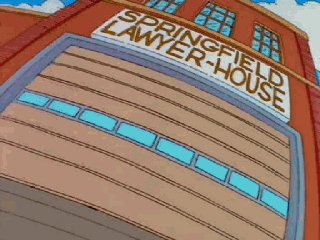 Among the emails hacked from Hillary Clinton campaign chair John Podesta and published by WikiLeaks was one from September 9, 2007 that was sent from Podesta’s think-tank Center for American Progress and shared with MoveOn.org. It included an attachment, a strategy document seeking financial support from George and Jonathan Soros, Peter and Jonathan Lewis, Herb and Marion Sandler, Steve Bing, and John Sperling for grassroots efforts.

“Although the prospect for continual electoral gains are solid – and the assets of the progressive movement far better than in years past – several gaps remain to be filled. Chief among these is better connection between ground activity and substantive content and messaging,” wrote Podesta in the 13-page document to Democratic funders. “In order to win next year, we must do a better job of controlling the public dialogue and overall framework of the election.” 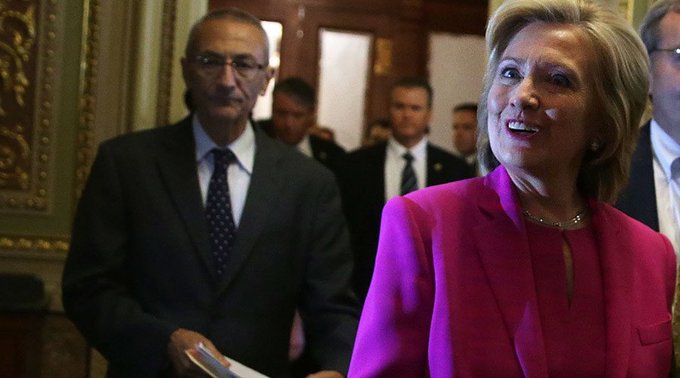 Further in the document, it refers to controlling the political discourse by using the networks of “grassroots organizing; multi-issue advocacy groups; think tanks; youth outreach; faith communities; micro-targeting outfits; the netroots and blogosphere…to drive the content of politics through a strong ‘echo chamber’ and message delivery system,” stated the document.

“And it is clear that each of you as individuals will play an important role in funding the remaining work.”

In an article from 2004, the Washington Post revealed that Soros and his wife, Susan Weber Soros, gave $1.46 million to Move.On.org.

In 2014, a data analytics company called Catalist, specializing in progressive causes, received a new round of investment funding, including $2.25 million from liberal billionaire George Soros, CNN reported at the time.