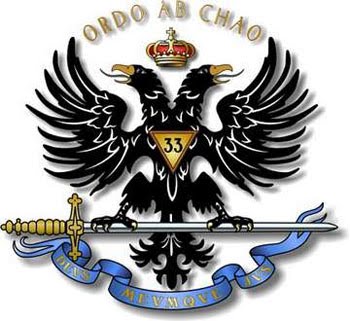 “From the days of Spartacus-Weishaupt to those of Karl Marx, and down to Trotsky (Russia), Bela Kun (Hungary), Rosa Luxembourg (Germany), and Emma Goldman (United States), this world-wide conspiracy for the overthrow of civilization and for the reconstitution of society on the basis of arrested development, of envious malevolence, and impossible equality, has been steadily growing. It played, as a modern writer, Mrs. Webster, has so ably shown, a definitely recognizable part in the tragedy of the French Revolution. It has been the mainspring of every subversive movement during the Nineteenth Century; and now at last this band of extraordinary personalities from the underworld of the great cities of Europe and America have gripped the Russian people by the hair of their heads and have become practically the undisputed masters of that enormous empire.”   – Winston Churchill, February 1920, in an article that appeared in the Illustrated Sunday Herald

The concept of conspiracy frightens some people, so much so that they are willing to overlook any and all evidence that world events are for the most part directed, rather than chaotic and coincidental. For those who are uneducated and unaware, explanations for the terrible tides of politics and war generally revolve around a false understanding of Occam’s razor. They argue that the theory states that the “simplest explanation” is usually the correct one for any particular problem or crisis. But Occam’s razor actually states that the simplest explanation according to the evidence at hand is usually the correct answer for any given problem. That is to say, the simplest explanation must conform to the evidence, or it is likely not correct.

Unfortunately, “skeptics” of directed conspiracy often turn a blind eye to evidence that is contrary to their simple explanations, while arguing that simplification is its own vindication. In other words, they don’t feel the need to defend their simplistic world view because, in their minds, simplicity stands on its own as self-evident. There was a time when men believed that the planets revolved around each other because they were tied together by long glass strings, and this was evident to them because it was the simplest explanation they could come up with. The thinking of skeptics of the New World Order and concerted globalization is much like this.

The most common argument they tend to exploit is that the world is far too “chaotic” and that if the elites are actually seeking a fully centralized one-world system, they are “failing miserably” because so many cultures are so clearly divided. For anyone who holds this argument as logical or practical, first I would suggest they look beyond the surface of the various conflicts at the similarities between these so called “enemies.”

For example, what about the United States versus Russia? These two nations have a long history of opposing ideologies and have come close to war time and time again. Certainly, average Americans see themselves as individualists and Russians as socialist or communist. Average Russians see Americans as capitalist imperialists and see themselves as humanists. But what about their respective governments? What about their respective financiers and oligarchs? Do they really see each other as enemies?

If that were so, then why did American Wall Street tycoons and the U.S. military aid the Bolshevik Revolution in 1917? 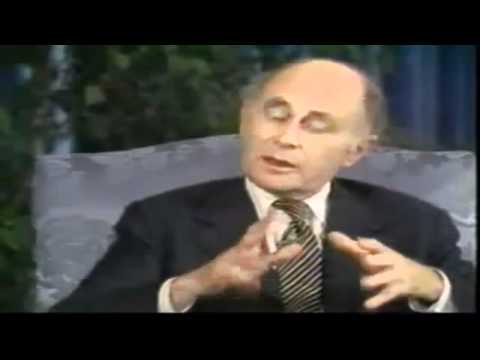 A false paradigm was created when internationalists supported the Bolshevik Revolution and allowed Russia to become a communist-held country. The eventual Cold War that resulted created the rationale used by the military-industrial complex to build a massive standing army (which is not part of the U.S. Constitution), an army which could then be sent around the world to subdue various nations and even possibly be used to oppress the American people.

Even today, the false East/West paradigm continues, with America painted as the bumbling villain and Russia painted as the stalwart and reasonable objector. Yet Russia’s top government officials and our top government officials work closely with and answer to the same international financiers and elites, like the International Monetary Fund and the Bank of International Settlements, as I outlined in great detail in False East/West Paradigm Hides The Rise Of Global Currency and Russia Is Dominated By Global Banks, Too.

Even closer to current events, the U.S. has now entered into military operations against ISIS insurgents moving rapidly through Iraq’s northern regions toward Baghdad. However, if ISIS is the enemy, why did the U.S. and our ally, Saudi Arabia, support and train ISIS agents in Syria as well as Iraq?

Is it just irony that our government helped birth ISIS and now the White House is at war with the group? Or is it possible that maybe, just maybe, a greater plan is afoot?

As the sinister Rahm Emanuel famously said: “You never want a serious crisis to go to waste. And what I mean by that is an opportunity to do things you think you could not do before.”

If a crisis of opportunity does not present itself in the time frame you need, why not ENGINEER a crisis to fit your goals? This is a tactic that has been used by elites for generations, and it is called the Hegelian dialectic.

Georg Wilhelm Friedrich Hegel’s work was the very foundation of the collectivist/socialist ideology, and it inspired Karl Marx during his writing of The Communist Manifesto. Hegel was an avid statist who believed that the collective must be ruled and directed by centralized governance and that all individualism should be sacrificed for the greater good.

Hegel wrote that the state “has supreme right against the individual, whose supreme duty is to be a member of the State… for the right of the world spirit is above all special privileges.”

In his dialectic theory, Hegel conjured a strategy by which the establishment elites could control the masses through deliberately created division. To define the Hegelian dialectic method simply, the ruling body must first trigger a problem or crisis that causes the citizenry to react with fear and demand a solution. The rulers then offer a solution, which they had already predetermined before they had started the crisis; this solution would usually entail more power for the elites and less freedom for the citizens.

The world appears divided and chaotic exactly because it has been MADE that way by a select few in the globalist establishment. In fact, if you were to name any war in the past 100 years, any competent alternative analyst would easily produce undeniable evidence of the involvement of international banks and think tanks pulling strings on both sides.

If you don’t understand the concept of “order out of chaos,” then you’ll never understand a thing.

Engineered chaos serves several purposes. It provides distraction and cover for the elites to implement other plans that they would rather not have noticed.

It also provides a scapegoat for the masses, who are now divided against each other. When violent changes are implemented that produce destructive consequences, the people must be placated with an easily identifiable villain. Certain changes globalists wish to make in the way the world functions require the careful exploitation of scapegoats.

For example, the globalists at the IMF have been discussing the establishment of a global basket currency for years to replace the U.S. dollar.

Russia and the East have also, conveniently, been calling for the IMF to replace the dollar with their Special Drawing Rights basket.

And finally, as well as conveniently, the elites in the U.S. government have launched a controlled coup in Ukraine and initiated direct economic confrontation with Russia, thereby giving the East the perfect excuse to dump the U.S. dollar as world reserve and replace it with a basket currency system under the IMF. Despite claims that Vladimir Putin is “anti-globalist,” the Russian is in fact an avid supporter of the IMF, and has stated his goal is to continue Russia’s IMF membership in a larger capacity:

“In the BRICS case we see a whole set of coinciding strategic interests. First of all, this is the common intention to reform the international monetary and financial system. In the present form it is unjust to the BRICS countries and to new economies in general. We should take a more active part in the IMF and the World Bank’s decision-making system. The international monetary system itself depends a lot on the US dollar, or, to be precise, on the monetary and financial policy of the US authorities. The BRICS countries want to change this.”

Yes, Vladimir, and so do the manipulative social engineers at the IMF…

Hopefully, you have the sense to see how this works: problem, reaction, solution. Economic or physical war is launched between East and West, while the dollar is killed in the process. The masses react by demanding a fair and balanced replacement for the dollar as world reserve so that economic stability can return. The Americans blame Russia and the East for their fiscal misfortune. The East blames the hubris of the West for its own downfall. Neither side blames the banksters, who started the whole calamity to begin with. And the elites swoop in as saviors with a new Bretton Woods-style agreement to appease all sides and cement their global currency system, the system they had always wanted. And with a global economic currency and authority in place, global governance is not far behind — order out of chaos.

This process is more psychological than political in its goals. One could argue that if the elites already have control of all central banks and governments, then why do they need a global government? The answer is that these men do not want secret global governance, they want open global governance. They want us to ACCEPT the idea as a fact of existence, for only when we agree to participate in the lie will they then have truly won.

The end result of World War I was the creation of the League of Nations and the argument that sovereignty leads to disunion and catastrophe. World War II led to the creation of the United Nations and the International Monetary Fund. I believe that a third world war is nearly upon us, one that may involve weapons of monetary destruction more so than weapons of mass destruction. Each supposed disintegration of global unity has eventually led to greater centralization, and this is something the skeptics seem to forget. The progression of crises suggests that the next war will lead to total globalization under the dominance of a minority of elitists posing as “wise men” who only wish to bring peace and harmony to the masses. In the meantime, the skeptics will continue to mindlessly debate in the face of all reason that the whole thing was a fluke, an act of random mathematical chance, leading coincidentally to the one thing the establishment rulers crave: total global totalitarian micromanagement.