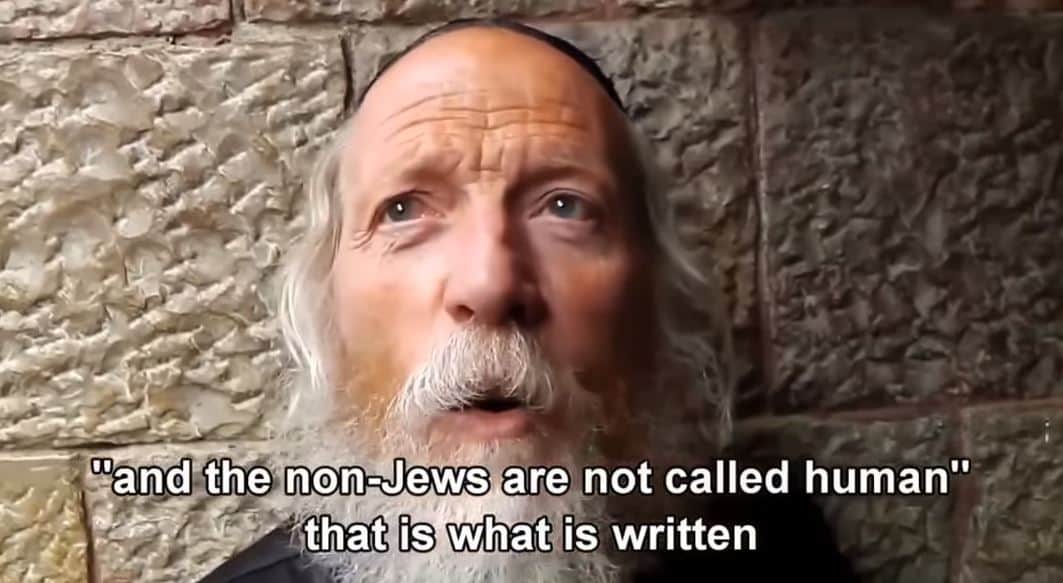 Two and a half minutes.

Oy Vey! ‘Pogroms, Inquisitions, and Holocausts’ — “we are the eternal victims and ‘God’s Chosen People!’” This Rabbi conflates lies with God as if were His word, but we can be certain it isn’t the same god as the Goyim worship — Behold, the Synagogue of Satan… (Revelation 3:9).

Bonus video covering the same territory (*MUST BE WATCHED ON YOUTUBE):

Youtube title: Talmudic Jews Non Jews Are Beasts to Serve Us as Slaves