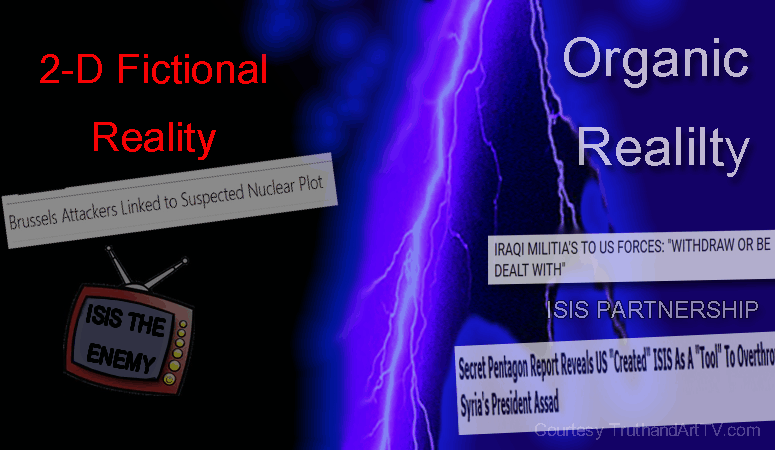 Two simultaneous realities are playing out and right now is a great time to hone your skills at identifying these realities especially as they play out simultaneously in real-time. Perhaps it’s time for all of us to apply the Hegelian Dialectic in a useful and effective way. Many of us are observing two directly opposed and conflicting consciousness (thesis and antithesis) which require a reconciliation (synthesis or solution) of consciousness.

These two consciousness are very real. One that wants to see the truth come out and one that wants to live in lies. One that cares about justice and another who relishes in wrongly oppressing others. One that wishes to share and spread knowledge and enlightenment and another that wishes to hide knowledge and deception. One consciousness understands that those in power are liars and deceivers, another consciousness wants to oppress, control and silence those who see through them for who they are. Likewise, one consciousness is telling the masses that ISIS just blew up Brussels on their own because they hate everyone who is not with them and killing is the solution to everything, while another consciousness is seeing through their lies and realizing that, as we speak, fighters in the nation of Iraq are fed up with the US support of ISIS and they are boldly and loudly pointing out that US forces are viewed as pro-ISIS and completely inseparable in cause. In Iraq it is a foregone conclusion that the US-ISIS connection is real and a threat to Iraq and the rest of the world. Regardless of what Western mainstream media would have you believe, the US-ISIS team they observe every day is a very real part of their reality and the organic genuine reality that we all live in.

If I could send a message to the people of Iraq I would probably tell them that we are with them. I would tell them that their voices are not ignored and their efforts to expose the ISIS-US partnership is not in vain. I would let them know that many of us here in America are aware and many of us have worked tirelessly to expose what we call the ISIS psyop while others simply call it political propaganda lies. I would also convey to them that the Western mainstream media has done everything it can to silence not only the independent and alternative media but the voices of many people around the world including Iraq.

The Western mainstream media and Intelligence would have us all believe that for the first time in human history entire countries (Iraq, Russia, Iran, Syria, etc.) somehow don’t know who their enemies are and who’s working together. Ask any of these countries I’ve listed here whether ISIS is working with or against the US and all of them will quickly tell you that they are inseparable. And of course they are correct. As I’ve said, no country in the history of humanity and warfare didn’t know who their own enemies were. This information strikes at the core of human consciousness in a war or battle situation and cannot be mistaken.

In other words, this is common knowledge to the opposition both historically and in terms of human physiological function because being sure of who your enemies are is part of the human instinct for survival. I’ll even venture to say that this discernment leading to unmistakable knowledge and assurance of who your enemies are is embedded in our DNA.

As I’ve said many times, ISIS is a darling of the mainstream media, a subject so intriguing that I will delve into this by conducting what I’m calling an ISIS Cohort (observational) study over the next month or so. I believe this study will shed a lot of light on the global Western Intelligence ISIS psyop. I will reveal the results of this study around the end of April so stay tuned for this.

In the meantime let’s appreciate the contrast in consciousness we are seeing. The Western mainstream media is drunk covering the Brussels false flag attacks, hoping that that the masses buy into the fear and “terrorism.” Meanwhile in Iraq large groups of militia fighters are being clear when they tell us that the US military forces must “withdraw or be dealt with.” Why are they saying this? Apparently because they see the US military as an extension of the very same ISIS forces that have been defeated in Iraq and naturally they don’t want this pro-ISIS force to roam around in their country knowing full well that allowing the US in Iraq means allowing ISIS. 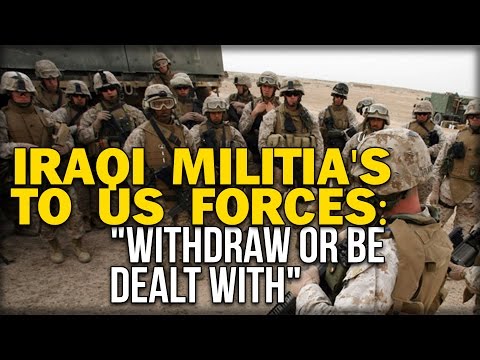 Let’s face it, the US-ISIS partnership must be exposed and punished globally. Every American has an obligation to look at the facts and to turn off all the voices coming from the US military, their Intelligence, the Pentagon, DOD, the politician puppets, the mainstream media and any other weapon of propaganda commonly used against the American people and people around the world. Turn all of these voices off once and for all and see the US-ISIS partnership for what it is.

Finally, take note to see if your favorite presidential candidate is not acknowledging the US-ISIS partnership. Then ask yourself, if they are already lying to you now about ISIS, what else will they lie to you about once they get into office? Let’s use the Brussels false flag to sift out the candidates who are lying to us and let’s listen to those countries that are actually fighting ISIS and trying to destroy them once and for all.