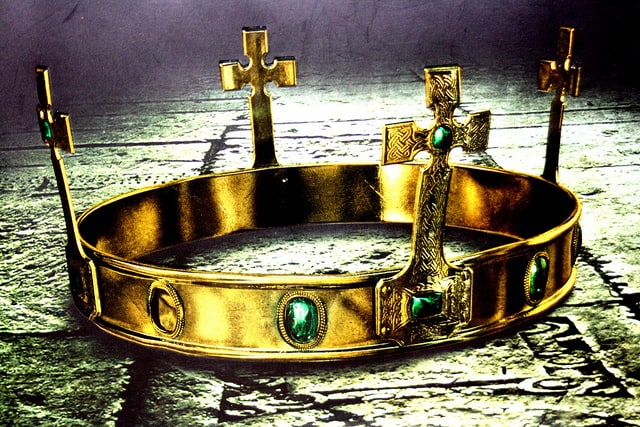 Will We Just HOLD? Will We Stand And Wait For His Leading?

In the various branches of the truth movement, the anti-chemtrail movement being one, disinformationists abound. One by one, people who are bringing us good information about the poisoning of the entire world are being revealed to also be sowing seeds of deception (lies). This is the seed of satan. But I’ll write more on that in a later post.

As believers who have had our eyes opened to the reality of some of the things that are really going on in the world, how are we to respond to this? Do we continue to seek the right leader to follow, the right website to link to for information, the right person to place our hope into as the one to stand at the helm and rally support for our cause, exposing and fighting the poisonings of Chemtrails, GMO food and global communism in general?

I, for one, firmly believe in exposing the enemy and his devices. I believe in taking action where we have the ability to do so and to do what needs to be done to facilitate legislation through peaceful protest, legal action, or other scripturally endorsed means. I do not think we should be apathetic or complacent in regard to the murder of countless millions of innocent people and creatures. But in light of the many deceptive voices and people of questionable character, the question that comes up is; “How, exactly, are we to proceed with a movement of truth in the midst of so much disinformation, such a lack of unity and so much confusion?” But there’s a question that needs to precede that one.

Whose movement is it?

Who has been most interested in the truth from the beginning? Who IS the truth? Who has the greatest interest in the well-being of His creation? Who is keeping record? Who will avenge and repay?  If we look to scripture, it tells us that The battle is the Lord’s, not any man’s.

We’re hearing a lot right now about who is going to lead (be the next president of) the United States of America. That entire narrative is pretty frustrating once you realize that it’s all contrived to give people a false sense of freedom and control, but even at that; Who rules America? A man? Who can set things right in America? A (mere) man?

Israel was originally under the direct rule of God, but they wanted a king. God was not pleased:

“And the Lord said unto Samuel, Hearken unto the voice of the people in all that they say unto thee; for they have not rejected thee, but they have rejected me, that I should not reign over them.” 1 Sam 8:7

Saul was appointed king. Things did not go well for the Israelites under his rule or under several evil kings after him.

People are no different today than they’ve ever been. We look to men for leadership. Some pray for the right president, while we hope for the right leader of the truth movement. But are we missing the point entirely like the Israelites did? The point being that we already HAVE a leader; the Lord God of heaven and earth!

We get discouraged when we see the truth movement fractured by scandal, lies and disinformationists. We become disheartened, wondering if all our efforts to get the truth out and dispel the blindness of the masses is coming to nothing. I know I often feel that way and I know I’m not alone. 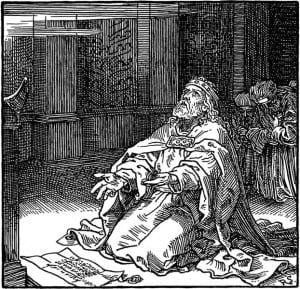 In the book of second Kings, we read about King Hezekiah receiving a letter from the king of Assyria threatening to destroy Jerusalem. Here is how he responded:

“And Hezekiah received the letter of the hand of the messengers, and read it: and Hezekiah went up into the house of the Lord, and spread it before the Lord.” 2 Kings 19:14

For the Lord’s sake. For His glory! THAT’s to be our chief concern; that God be glorified both in men’s hearts and in those who see the movement of His mighty hand for those who trust in Him. God and His glory, that’s where our eyes need to be, on Him, the truth Himself.

So how would God instruct the truth movement according to the scripture? To begin with:

But aren’t we supposed to take action? Don’t we have a civic responsibility to administrate His kingdom here? Yes, but all of that is secondary to our first calling, which is to be in constant communion with God, abiding in Him, the true vine, serving him with a pure heart and listening for his leading. When God is silent, we’re supposed to WAIT patiently in Him, not forge ahead following the direction of man or our own anxiousness, thinking that we need to do something. We need to pray and we need to trust Him. 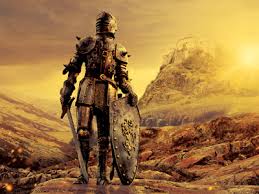 Will we just HOLD? Will we stand at the ready with our eyes on Jesus, awaiting instruction so that He, and only He is glorified? Bringing glory to our creator who loves us more than we are capable of loving opens the door for all that we have been given in Him. Joy unspeakable. Supernatural power to do what is beyond our understanding or capacity to do. I’m not suggesting for a moment that we slip into apathy and compliance with the rest of the world. We are to stand and be watchful, ready to move when God gives us direction.

Are we called to expose and oppose evil? I believe the answer is a resounding “yes!” But that fight begins on our knees, in surrender and repentance of sin. And we are to take our direction from the king of Glory, not any man.

The chemtrail / truth movement is not lacking leadership. Our leader is right there and has been there all along. He is almighty God, the maker of the heavens and the earth. I believe that when we recognize that rather than trying to find a man to lead us or a lawsuit to correct injustice, we will see the supernatural movement of the hand of God, not only in people’s lives but in the physical battle against evil in this world, just as Elisha’s servant did. Just as the lepers did in second Kings. Just as Joshua, Gideon and David, Paul and Silas, and so many other examples that are given to us in scripture.

“…Be not afraid nor dismayed by reason of this great multitude; for the battle is not yours, but God’s” 2 Chron 20:15

He is well able to defeat any foe.

In the mean time:

Be at peace. He who promised is faithful. And He loves you.