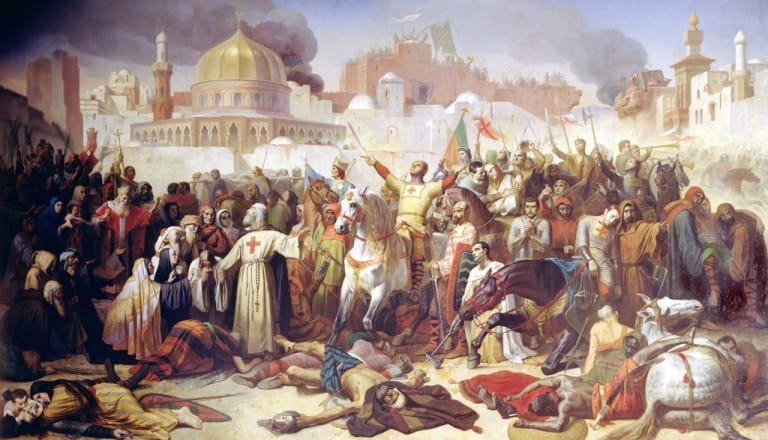 A common argument believers encounter is that Christianity is just another religion and religions were created to control the masses. History shows us that the second part of that argument is true; since the beginning of time, religion has absolutely been used by the elite to control the masses. But that actually makes a better argument for the gospel than against it, because it is exactly man’s estrangement from God, resulting from his disobedience in the Garden, that created the intrinsic deficiency that is so convenient for the elite to exploit. Ignorant of his creator, man has accepted the religions of the ruling class, who, citing their artificial deities to control and exact tribute, appealed to his need for spiritual meaning and desire for worldly life enhancement.

Religions told man that his innate deficiency (sinfulness) could be overcome through religious practice, Buddhists referring to it as Samsara, Hinduism, karma, Maya and dereliction of Dharma, the basic premise being that of mysticism; that man by his own efforts can transcend physical existence and return to his unfallen state. 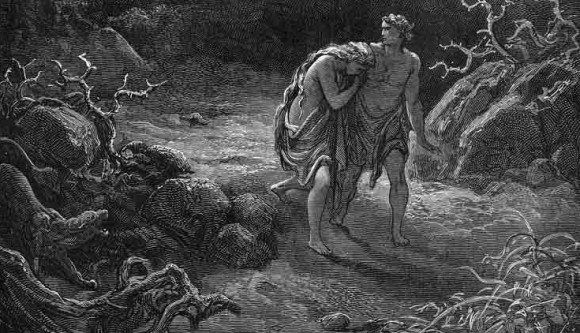 These control mechanisms were exposed when Jesus of Nazareth appeared on the scene speaking words no one else had ever spoken, words that dismantled the elite’s fraudulent systems. Through Jesus, humanity could finally overcome the obstacle that had kept them from their creator; their sin. Through Jesus, man could once again commune with the God that religion had concealed. (Rom 5:1)

Recognizing him as a threat to their power, the elite had Jesus crucified. But not even death could conquer Him, for he was no mere man. He was the Son of God. He rose from the grave, ascended into heaven and He lives to this day, both enthroned in heaven and in the hearts of his followers through the supernatural indwelling of His Holy Spirit. (Acts 2:24, Col 3:1)

To maintain their control, the elite have, with no small success, worked to obscure the powerful gospel of Jesus Christ and turn it into just another religion; “The Roman Catholic Church.” When that started to lose its hold, and true Christians questioned the authority of the false church, even the resulting Reformation was infiltrated, fractured and controlled, many of its denominations becoming yet more cold, dead religion.

While Christ preached a non-political, message of love and reconciliation with God for any man of any race who would believe in him, today, we’re seeing much of organized Christianity taking the form of Christian Zionism, and being rallied in blind support of the actions of atheist, political Israel and the hatred of Muslims.

Sadly, rather than taking the gospel’s powerful truth about sin and its remedy to the world, much of the church, not wanting to offend, is offering a palatable message of God’s love that lacks the utter desperation of man’s fallen condition. What is so amazing about salvation if there’s nothing to be saved from? The gospels begin with with the story of John the Baptist. His message was one of conviction of sin and repentance. Ill-informed-yet-sincere professions of faith that all too often fail to produce true life changes serve to further convince the world that Christianity is nothing more than a religion.

For Christians, the resulting discontent is increasingly being answered by adding Law and mysticism to the gospel message, nullifying the gospel and effectively turning it into a set of religious practices. (Gal 3:1-29) Which is a complete misrepresentation of the purpose of God’s law.

“Wherefore, the law was our schoolmaster to bring us to Christ that we might be justified by faith.” (Gal 3:24)

Consider the growth of new doctrines in the church like the Hebrew Roots Movement, Sacred Name Movement, extreme Pentecostalism and others that tack the Law to (after) the gospel message of Jesus Christ (albeit watered down) . This is exactly backward. The Bible teaches that the believer’s increasingly surrendered and obedient life to God is not a matter of law keeping, but an outgrowth and evidence of their salvation. (2 Cor 5:17, Rom 6:4)

Ray Comfort addresses the logical outcome of offering a gospel remedy without first shining the light of God’s law on men’s hearts to reveal their desperate condition:

Yes, religion is the opiate of the masses. Don’t fall for it.