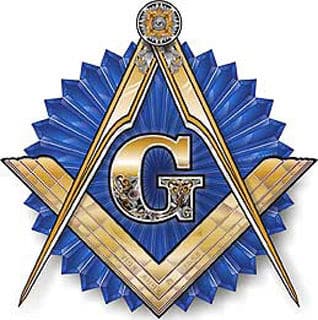 I have recently received some questions regarding the articles about Freemasonry on this site. Since many Freemasons not only attend churches across the nation, but are often also in leadership, I can see how those who are not familiar with the teachings of Freemasonry would find some of the material on this site to be confusing, or even offensive. In an effort to educate and to defend my position on this topic, following is an examination of the question; Should Christians Join the Masonic Lodge, by the highly respected Christian Research Institute. As with anything, I would encourage anyone who remains skeptical to do some digging on their own in order to get to the truth. Knowing the truth has never been as critical as it is today.

“And ye shall know the truth, and the truth shall make you free.” John 8:32

Should Christians Join the Masonic Lodge

To answer the question of whether a Christian should join the Masonic Lodge, we must first answer two questions: (1)What does Freemasonry (Masonry, the Lodge) teach regarding God and salvation? and (2)Are these teachings at odds with Christianity? I often hear some Christians say, “I don’t agree with Masonry’s teachings, but Masonry does good works for our community.” We can all agree that Masons do good works, but this doesn’t settle the issue. Masonry’s good works stem from Masonic teaching, so we must consider its teaching. Furthermore, many groups do good works, but this does not justify Christians joining these groups when their core teachings contradict the Bible.

Proper Sources. The use of proper sources is critical when evaluating Masonic teaching. The Bible is, of course, the standard by which Christians must measure all theological/spiritual teachings. When citing Masonic teaching, one should quote from Masonic rituals and/or monitors, both of which are official books produced by Grand Lodges (the highest authorities for Masons in their respective states, provinces, or geographic areas).1 Rituals contain secret handgrips, secret obligations, and symbolic teachings; monitors contain the same symbolic teachings, as well as instructions for funeral services and other ceremonies.

Many critics of Masonry, unfortunately, quote from books written by Masonic authors such as Albert Mackey, Henry Coil, and Albert Pike to build their cases. Masons simply respond, “That’s just Mackey’s [Coil’s, Pike’s] opinion!” This practice is, therefore, not effective, and I would like to see it become a thing of the past. When dialoguing with a Mason and contrasting Masonic teachings with the Bible, one should obtain a ritual or monitor from that Mason’s state and quote from it.2 The important doctrines to keep in mind are that Jesus is the unique Savior and that the triune God of the Bible is the only true and living God.3 Here the Mason who professes Christ should find contradictions between teachings that play a part in making him a Mason and the exclusive claims of the One in whom he professes faith.

Freemasonry and God. In order to be a Mason, a candidate “must believe in the existence of a Supreme Being,” as the Grand Lodge of New Mexico, for example, states for candidates of the Entered Apprentice (first) degree.4 The specific identity of a candidate’s supreme being is not of concern to the Lodge initially. During official ceremonies, however, the candidate prays, with men who may believe in other deities, to the “Great Architect of the Universe.”

It is here that the all-encompassing deity of Freemasonry becomes an issue. Note the following prayer offered in the monitor of the Grand Lodge of Kentucky, which is characteristic of prayers in all Masonic Lodges. Here one person prays to the Great Architect on behalf of all Masons gathered, who in turn see their individual deities represented by the Great Architect:

Most Holy and Glorious Lord God! The Great Architect of the Universe, the giver of all good gifts and graces….In Thy name we assemble….And we beseech thee, O Lord God, to bless our present assembling, and to illuminate our minds, that we may walk in the light of thy countenance; and when the trials of our probationary state are over, be admitted into THE TEMPLE “not made with hands, eternal in the heavens.”5

Here the Great Architect assumes the role of a canopy deity, subsuming all individual deities (including the Bible’s triune God) into himself in syncretistic fashion. It is no wonder, then, why Masonic scholar Allen Roberts writes:6

You have learned that Freemasonry calls God “The Great Architect of the Universe.” This is the Freemason’s special name for God, because He is universal. He belongs to all men regardless of their religious persuasion. All wise men acknowledge His authority. In his private devotions a Mason will pray to Jehovah, Mohammed, Allah, Jesus, or the Deity of his choice. In a Masonic Lodge, however, the Mason will find the name of his Deity within the Great Architect of the Universe.7

Such syncretistic worship through prayer, coupled with specific teachings of salvation (see next section), is completely at odds with biblical Christianity.

Freemasonry and the Afterlife. Freemasonry offers a way to reach the Celestial Lodge above. Follow along on a brief tour of ritual, keeping in mind the previously mentioned syncretism.

First, a prayer to the Masonic deity for the candidate of the first degree asks “that, by the influence of the pure principles of our Fraternity, he may be better enabled to display the beauties of holiness, to the honor of Thy Holy Name. Amen.”8

Second, the Mason who wears the Masonic “white lambskin apron” given to him during the first degree is “reminded of that purity of life and conduct so essentially necessary to his gaining admission into the Celestial Lodge above, where the Supreme Architect of the Universe presides.”9

Third, all Masons are taught to use the symbolism of a “common gavel” “for the more noble and glorious purpose of divesting [their] hearts and consciences of the vices and superfluities of life, thereby fitting [their] minds as living stones for that spiritual building—that house not made with hands— eternal in the heavens.”10

Before I move to the next point I have four observations regarding the previous three points. First, Masonry as an institution prays (for holiness!) to the Masonic God, the all-encompassing canopy deity. Second, because the lambskin apron lesson is given indiscriminately to those who reject Christ’s substitutionary work, it fosters a false notion that purity of life and conduct is what is necessary for reaching heaven. Third, the adverb “thereby” in the common gavel lesson implies a way of salvation; it signals that in order to reach heaven, one must do what precedes it, namely, divest his heart and conscience of the vices and superfluities of life. How? The answer is “by the influence of the pure principles of our Fraternity” (see the prayer). Finally, with the common gavel lesson the Lodge wrenches two biblical passages out of context, 1Peter2:5 (living stones, spiritual house) and 2Corinthians5:1 (house not made with hands, eternal in the heavens), and applies them to all Masons regardless of what deity they (as individuals) profess. These verses, however, apply only to those who are of the covenant community of the triune God.

Fourth, continuing our tour of ritual, the third degree candidate plays the Masonic hero Hiram Abif in a dramatic reenactment, wherein he identifies with Hiram in Hiram’s death, burial, and “raising.”11 Christians should reject such practice and teaching because, first, believers should identify with Christ in His death, burial, and raising from the dead (see 1Cor.15:1–4), and second, Christ is in fact the only Savior (John14:6; Acts4:12). No wonder, then, that the preface of early editions of the Kentucky Monitor teaches of savior figures overcoming evil figures, thereby redeeming their followers: “The Hindus called him Krishna; the Chinese, Kioun-tse; the Persians, Sosiosch; the Chaldeans, Dhouvanai; the Egyptians, Horus;…the Christians, Jesus; Masons, Hiram.”12 This statement (though now expunged from current editions) is expected, given the Masonic teaching of Hiram.

Finally, it is not surprising to read in some monitors the following exhortation given to newly “raised” Master Masons: “Then let us imitate the good man [Hiram] in his virtuous and amiable conduct; in his unfeigned piety to God; in his inflexible fidelity to his trust; that we may welcome the grim tyrant Death, and receive him as a kind messenger sent from our Supreme Grand Master, to translate us from this imperfect to that all-perfect, glorious and celestial Lodge above, where the Supreme Architect of the Universe presides.”13

These Masonic teachings are why Masonic author Carl Claudy states that “true Freemasonry gives to a man a well-spent life, and assurance of a glorious immortality.”14 They also account for why Grand Lodges state in their funeral services that brother Masons are in the Celestial Lodge.15 As long as Freemasonry continues such teachings, it will remain at odds with the historic biblical faith once for all given to the saints (Jude3). As long as it continues such teachings, it will, implicitly, deny God’s purpose for the incarnation of the beloved Christ. Christians, for these reasons, should not be members of the Masonic Lodge.

2. Symbolic teachings in rituals and/or monitors of each state, province, or geographic area are in essence the same for Grand Lodges that are part of “Regular Masonry.” From Grand Lodge to Grand Lodge, rituals and monitors vary slightly, only in wording. To obtain monitors, see http://www.ephesians5-11.org/monitors.htm.

3. For examples of this apologetic, see Steven Tsoukalas, Masonic Rites and Wrongs: An Examination of Freemasonry (Phillipsburg, NJ: Presbyterian and Reformed, 1995) and Steven Tsoukalas, “The Masonic Lodge: Is It Compatible with Christianity?” Personal Freedom Outreach, http://www.pfo.org/masonldg.htm.

6. My citation of Roberts buttresses my point, but is not foundational. It simply demonstrates that Roberts conformed to the overall teaching and practice contained in ritual.

8. The Standard Work and Lectures of Ancient Craft Masonry [ritual] (The Grand Lodge of Free and Accepted Masons of the State of New York, 1964),30.

11. See Tsoukalas, Masonic Rites and Wrongs, 74–76, and “The Masonic Lodge.” The reenactment is centered around the Masonic legend of Hiram, who, as the Bible notes, helped King Solomon build the Temple (1Kings7:13–45). The legend (which is acted out in the Masonic third degree) starts with this fact but then departs from it, stating that Hiram was in possession of certain Masonic secrets and that he was accosted by three ruffians who subsequently murdered him when he refused to disclose the secrets.