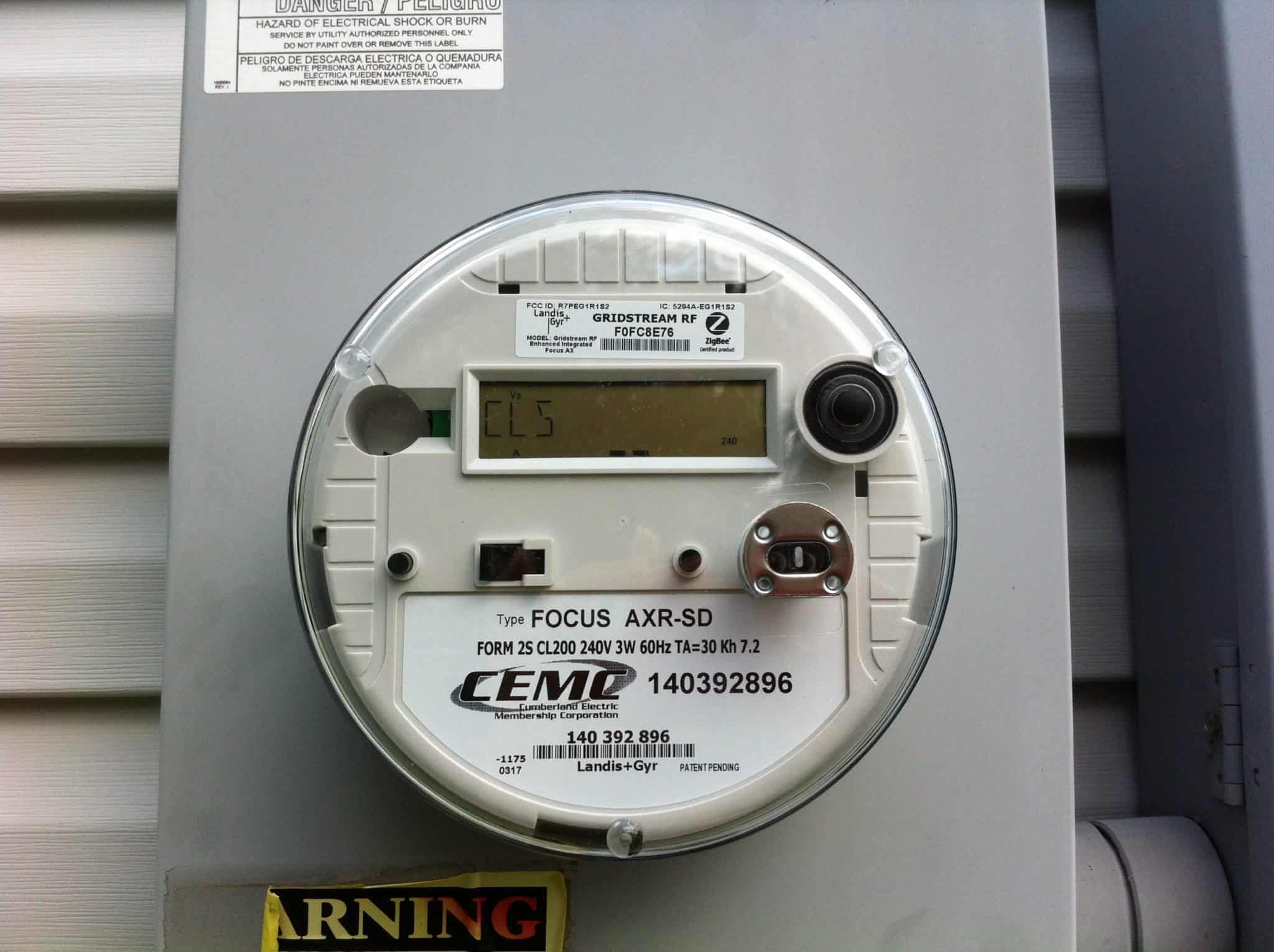 In reckless disregard for concern and opposition posed by citizens in California and other states, the smart meter roll out is going full speed ahead . They will NOT ask your consent to install a smart meter. You will likely come home and simply find one installed. I was lucky (blessed) enough to be there and just happened to step outside when the installer came.

When I told him that I would not allow him to install the meter on my home, the installer condescendingly compared the meter to a cell phone, microwave or baby monitor. I told him I am a brain tumor survivor, that I do not have wireless in my home and use my cell phone sparingly with ear buds. I told him that a radiation emitting smart meter would endanger my health.

Installer: “So you are saying you are refusing the meter?”

He made record of the number on my analog meter and called the office to report that he was leaving it intact “She’s refusing it.” He told me to expect to hear from the utility company and that my electricity would be shut off if I didn’t eventually comply. It wasn’t too awful.

Installers are subcontractors who are not being told the truth about the radiation being emitted by these meters. After the encounter I learned that there are cancer clusters being discovered among installers – something you might want to mention that if you encounter one. Main stream news sources are discrediting factual information being put out by doctors and lawyers about the dangers of smart meters making it challenging to convince your neighbors.

But here’s a Fun Fact:

The “studies” cited by the majority of these media sources are provided by The Electric Power Research Institute (EPRI), of which the utility companies are major shareholders, as stated on their own website:

The worldwide membership that supports EPRI’s work and mission comprises more than 1,000 organizations. While most members are electric utilities, many are firms, government agencies, corporations, or public or private entities engaged in some aspect of the generation, delivery or use of electricity.” (http://www2.epri.com/About-Us/Pages/Our-Members.aspx)

If you’re unfamiliar with the dangers that smart meters pose, here is some information from the Smart Meter Education Network: 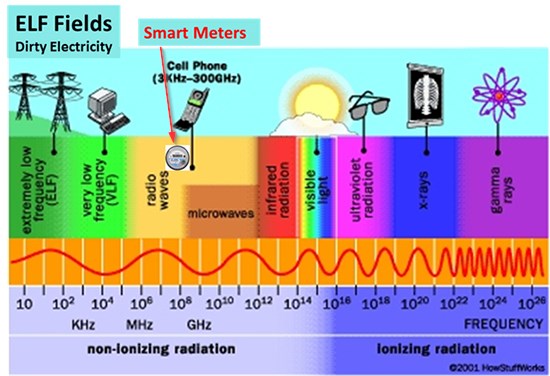 This is the radiation that our cells use to communicate with each other and that is used in nerve transmission. The 60 Hertz of your home wiring is ELF radiation, and is generally a continuous, smooth wave. The dirty electricity that is generated by smart meters is also ELF radiation, but this ELF radiation is pulsed and spiky rather than continuous and smooth.

Our bodies communicate thru electromagnetic and chemical signals, so the electromagnetic spectrum matters. We didn’t evolve to handle these smart-meter frequencies, especially not in huge 24/7 amounts. 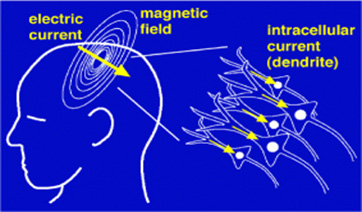 How Often Do Smart Meters Really Transmit?
Are There Really Only 6 Transmissions Per Day?
DTE and other utility companies will tell you that their smart meters transmit only 6 or so times a day. Take a look at the picture below. This is a graph of just a half hour of smart meter transmissions. Does this look like 6 transmissions per day? No. This data was captured by engineers working for EPRI, the Electric Power Research Institute, a group that is a strong proponent of smart meters. It records the transmissions of Itron smart meters, which are the meters used by DTE. Read the full report. 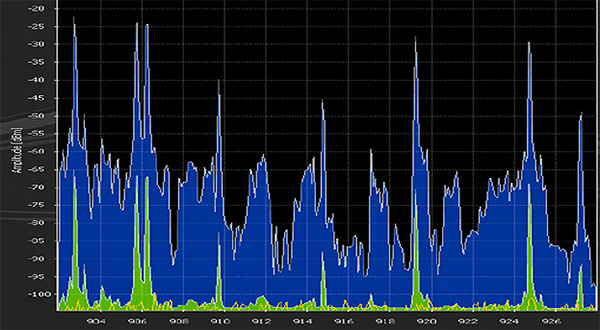 Here is the chart PG&E submitted to the court: 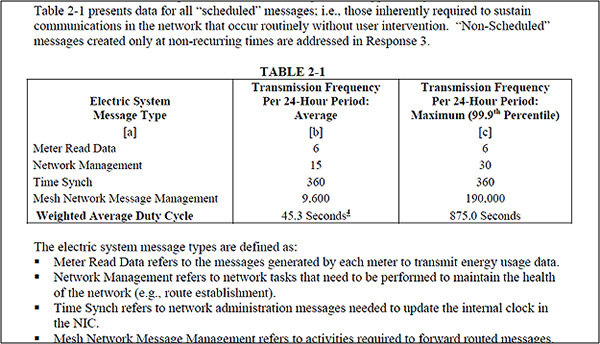 In the chart, you will see the line “Meter read data.” This refers to the number of times readings are sent to the utility. That is where the utilities get “6 transmissions per day.” But take a look at the second-to-last line: “Mesh network message management [transmissions].” These transmissions are up to 190,000 times per day. One hundred ninety thousand times is the maximum number of times a single meter sends messages to all the other meters in its area. Think about how many meters are within a two-mile radius of your home and multiply 190,000 by that number. For more information visit: http://www.smartmetereducationnetwork.com/

Within a day of the installations on the homes around me, my ears were ringing, I was having muscle spasms in my back and neck, and my hands and feet were tingling uncomfortably and I was unable to concentrate. By the third day I was so sick that I was fighting tears when I called my friends who are experts in the field of EMF / electrosmog. They equipped me with a legal letter and walked me through how to prevent a meter from being put on my home as well as how to protect my home from the assault. They even incredibly sent me an analyzer, that made it possible to measure exactly where the radiation was coming from. More on how you can protect your home later. But first, here’s an informative video about your rights. 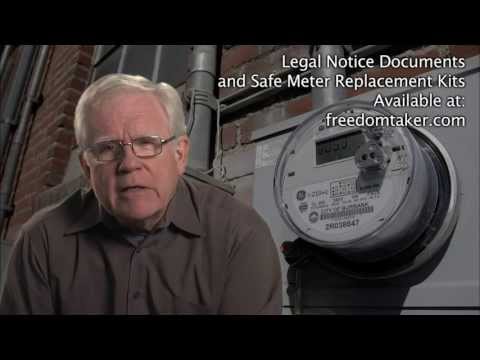 The plan is to roll out smart meters state by state. But they are breaking federal and state wiretapping laws in forcing their unapproved installation as well as knowingly endangering our health by exposing us to high levels of radiation!

HOW TO GET A SMART METER REMOVED (or prevent one from being installed):

The man in this video (Jerry) has put together a LEGAL DEMAND LETTER (link below) to have the device removed should one be installed on your home. The LETTER can be modified to REFUSE the smart meter, which is what I did. This document being mailed to the list of contacts resulted in the removal of the smart meter that had been installed on my friend’s home inside of a week!

Here’s what you need to do:

1. Modify the document where noted in red, as well as to suit your individual situation.

3.  The Utility Commission will need a specific number of copies for your document in order for it to go on official record. Call them and ask them how many copies they need. (These can be mailed together in one envelope.)

5.  Mail a copy to YOURSELF. Do not open, just keep for your records.

It took me a few hours to find all the contacts in my state, make copies, sign, seal, and address them. The mailing ran just under $100. But if more people went through the trouble to do this, we could effectively STOP these criminals!

PROTECT YOUR HEALTH FROM ELECTROSMOG (or at least significantly reduce it)

~ If a smart meter has been installed on your house, cover it with the screen and hold the screen in place with some electrical tape. (There are ready made covers you can buy online, but this inexpensive trick works just as well.) Then on the inside of the wall behind the meter, cut a 4 foot section of screen and adhere it to the wall with tape, tacks, whatever, just get it up there. This won’t prevent the invasion of privacy but will significantly cut down the amount of radiation coming into your home.

~ Simple, inexpensive ALUMINUM WINDOW SCREEN you can get at Home Depot is your FRIEND!!! I covered my bedroom wall with it and cut the readings coming from the neighbors smart meter by 3/4 to almost safe levels. (I haven’t figured out how to make it look pretty yet, but I don’t mind.)

~ Get Stetzer filters. These should be installed in every room with many appliances/computer equipment.

~ Your INTERNET ROUTER is a BIG source of electrosmog! I was pretty shocked when the readings coming from it caused the analyzer to peak out at over “2000” (the maximum), even after I turned OFF the wireless capability of the router online it continued to read that high. If you are using wireless in your house, you’ll need to switch to hard-wired internet:

I took my aluminum screen, cut it up and made a sleeve to put the router in (with staples and duct tape). Most of you are probably more skilled than I am.  I’m sure and can probably make a nice box or something to cover with the screen, but my makeshift covering worked!

I made a second sleeve when the first didn’t bring the reading down enough, and I made a third sleeve to encompass my power strip.

~ Keep your cell phone in another room while you sleep.

You can get creative with this, creating little “Faraday cages” around all the highly emitting devices in your home. When I tested the area again, the number had fallen from 2000+ to a mere “3 – 8”!

You can do this! My room feels as calm and peaceful as being in the woods… well, maybe not that peaceful but you get the idea.

Check out Jerry’s site for more tips and resources: http://freedomtaker.com/

More Things You Can Do: