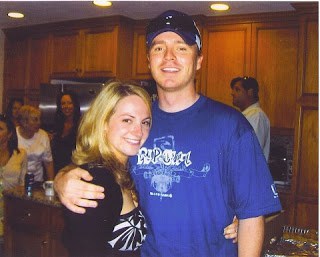 Rich Farver died in 2008, but as smart meters and cell towers are being rolled out everywhere and EMF radiation continues to increase at an exponential level, his tragic story is as relevant as ever .

This problem is worldwide. Briefly, here is a related story from France:
“After two cases of cancer in children in the same village of 1,850 inhabitants in the north of France, members of three health agencies, including radiofrequency experts, travelled to the village to hold a public meeting on 22 May 2013 on this issue. Parents felt that the cause may be due to the presence of three mobile phone antennas near the school. One agency is ANSES, the French National Agency for Health, Environment, and Safety. Although not convinced that the mobile phone antennas may be the cause of the cancer, “we are not waiting until a third cancer declares itself,” said the regional delegate of Priartem, a national association for the regulation of placement of mobile phone antennas. She is outraged by the manner in which health monitoring is practiced by agencies when confronted with cancer clusters, defined as several cases of cancer (generally of the same type) observed within a group of individuals in a more or less limited geographical area and over the course of a limited period of time.”
– “Radiofréquences : trois agencies sanitaires font de la pédagogie”, Journal de l’environnement, 17 May 2013.

I lost my beautiful, 29-year-old son Rich to glioblastoma multiforme (GBM) brain cancer on October 11, 2008.
Early in 2008, Rich was working as a teaching assistant in Political Science at San Diego State University (SDSU), where he had received his master’s degree. He was a very kind young man who would occasionally go golfing with the professors.

He was in the process of applying for law school, but had confided to me, “I don’t know that I can make it through law school because I can’t remember things.” He was having headaches, memory problems, nosebleeds and excessive sweating and fatigue. I had been noticing that something was off with him. He needed to sleep all the time. There was a blood vessel coming from the right side of his head through his hairline and protruding across this forehead. His girlfriend Jennifer told me he would sleep for hours, curled up like a cat during the day by the patio window. This was not like him.

At the time of Rich’s GBM diagnosis in March 2008, Dr. V. Tantuwaya from Poway, CA told us that his cell phone was the culprit. Rich’s tumor was located in his right frontal lobe and he was right-handed. This is referred to as an ipsilateral tumor, one on the same side as where the phone was held.

Rich wanted to live. He had always been a good kid, never drank or did drugs. At 6’2”, he’d been on varsity basketball in high school, and was very healthy. So cancer was unthinkable. I told Rich I’d do anything to keep him alive. But after surgery, chemo and radiation, with nine MRIs, multiple hospitals and hospice, he died, seven months following diagnosis.

I learned that similar brain cancers were happening to others on campus. An English teacher, Laurel Amtower, thanked SDSU colleagues for their support before she went through chemo and radiation. She died, too, leaving a 12-year-old daughter. She didn’t realize that some she thanked were probably partly responsible for her death.

On August 7, 2009, nine months after Rich’s death, I found articles and a video about a “Brain Cancer Cluster on the San Diego State University Campus.” I read these (listed below) several times before ending up on the floor. I contacted the SDSU Administration, but was bounced around from one person to another. I then drove to San Diego and stayed the whole month of October 2009. I met off-campus with some professors mentioned in the articles. They told me they had asked for a toxicology study, as there is a huge cell tower right next to the building where Rich spent most of his time grading papers and doing research: Nasatir Hall.

After I returned home, the SDSU Administration sent me an epidemiological report written by a Dr. Thomas Mack. In the third paragraph, Dr. Mack stated he has, “no known knowledge of any chemical or radiation concerns and therefore there are none.” That’s not a scientific conclusion, it’s a cover-up.

I e-mailed Dr. Mack, and he called me at home! I asked him about this cell tower on top of the Communications Building. This rises over Nasatir Hall, where most of the brain cancer victims were located. Dr. Mack quickly denied the connection to the cancer cluster. I then told him of everyone’s concerns. He said, “They should be concerned.” This made me furious. It didn’t make any sense. And the SDSU Administration would not conduct a toxicology study because of Dr. Mack’s report! Like some professors, I have requested a study on several occasions, but have received no response.

I then looked into the tower on my own. Owned by Sprint, it has HPWREN or High Performance Wireless Research and Educational Network on it, with a BackBone Node to the UC-SD Supercomputer Center. It also has a GWEN, or Ground Wave Emergency Network, with emissions known to hug the ground. These towers are capable of sending signals hundreds of miles, including to several remote laboratories across California. There is an additional tower on campus on the KPBS News Station. Similar towers are on many college campuses across the US, via the Lambda or Tera Grid, also called the ‘smart’ grid. Engineers are developing “smart”, or “AMI” meters, appliances and whatever else they can dream up to deploy microwave radiation everywhere. This grid is the “military-industrial complex” of which President Dwight Eisenhower warned US citizens of in his 1961 Farewell Speech. He warned of its grave consequences. I know of these consequences.

After Laurel Amtower died of brain cancer on August 29, 2010, I contacted NBC in San Diego. At first, Producer Paul Krueger was interested in doing another story. After I gave him this new information, SILENCE.

I then contacted the San Diego Tribune. A reporter called me at home. He told me that this story would NEVER get out in San Diego. I asked, “Why?” He said, “Because of money.” I also contacted the CA Governor’s office and area Representative Marti Emerald. Both referred me back to SDSU.

For a month in October 2011, I stood hours each day outside the campus cafeteria, where the kids would congregate and walk to get to their classes. I had about 15 signs taped up against the wall. One said, “Will you be the next victim?” Others said, “Read your cell phone manuals. They say not to hold the phone to your head. Don’t keep it in your pocket. It will do genetic damage.” Others warned about wi-fi and more.

They looked frightened, but they would still grab their cell phones. They would text while walking and ignore everything around them. Some would take pictures, or would peek out of the side of their eyes. A few talked with me.

While there, I walked to Nasatir Hall. Kids were sitting all around. The leaves were dying on the trees. Measurements on an RF meter were beyond the range of the meter. Some kids were high up on outdoor balconies at their dorms, near the levels of the massive discs and antennas on the towers.

When I went directly to Room 131, where Rich and others who died of cancer had worked, I found it all closed up. A policeman asked me what I was doing there. I told him about my son. He asked me about the towers and told me he has two young children.

The known SDSU brain cancer victims are listed below. In addition to the brain cancers there are also breast cancers in the vicinity. The professors are afraid for both their health and their jobs. I’ve told the SDSU Administration, “I’m not going away!”

SDSU brain cancer articles and video:  (some of these may have already disappeared from the Internet)

Mrs. Farver may be contacted at:
Virginia Farver
vrfarv@hotmail.com
970-689-3798 corded landline only