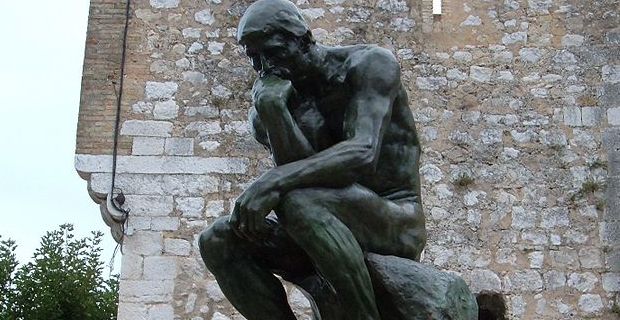 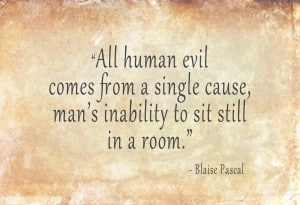 Taking the experiment to a new level, the researchers sat the subjects in a room with nothing other than a machine for administering small electrical shocks, once again instructing them to just have a think about things for a few minutes. Those involved had been subjected to the shock experience, and most said they loathed it and would actually pay money not to experience it a second time.

The results of the test were startling. Almost two thirds of the male subjects gave themselves one or more electrical shocks out of pure boredom, seemingly unable or unwilling to spend a short amount of time exploring their own minds.

According to the data, in a fifteen minute spell, one man administered 190 shocks to himself rather than just sit quietly with nothing to do. That data was removed from the final tally of results. Almost a quarter of the women involved also gave themselves a shock. On average, each person gave themselves a shock 1.47 times during the 15 minute period.

“Being alone with their own thoughts for 15 min[utes] was apparently so aversive that it drove many participants to self-administer an electric shock that they had earlier said they would pay to avoid,” the authors noted.

The research, made up of more than 11 separate studies involving over 100 people from all walks of life, found that age, education, income or the amount people use smartphones or social media had little bearing on the fact that most people now do not like thinking to themselves.

“The mind is designed to engage with the world,” said the lead researcher Tony Wilson. “Even when we are by ourselves, our focus usually is on the outside world. And without training in meditation or thought-control techniques, which still are difficult, most people would prefer to engage in external activities.”

According to the authors, the subjects “enjoyed doing mundane external activities much more” than thinking, leading to the conclusion that “most people seem to prefer to be doing something rather than nothing, even if that something is negative.”

The authors also noted that analytical and critical thinking defines us as humans and is an essential skill when deliberating the future or recalling the past, and that it underlies all of art and literature. The notion that a startlingly high number of individuals seemingly now cannot or will not engage in the practice will be disturbing to many.

“Research has shown that minds are difficult to control, however, and it may be particularly hard to steer our thoughts in pleasant directions and keep them there.” the study suggests. “This may be why many people seek to gain better control of their thoughts with meditation and other techniques, with clear benefits. Without such training, people prefer doing to thinking, even if what they are doing is so unpleasant that they would normally pay to avoid it. The untutored mind does not like to be alone with itself.”

Some have noted that the study recalls a quote from the French scientist and philosopher Blaise Pascal: “All human evil comes from a single cause, man’s inability to sit still in a room.”