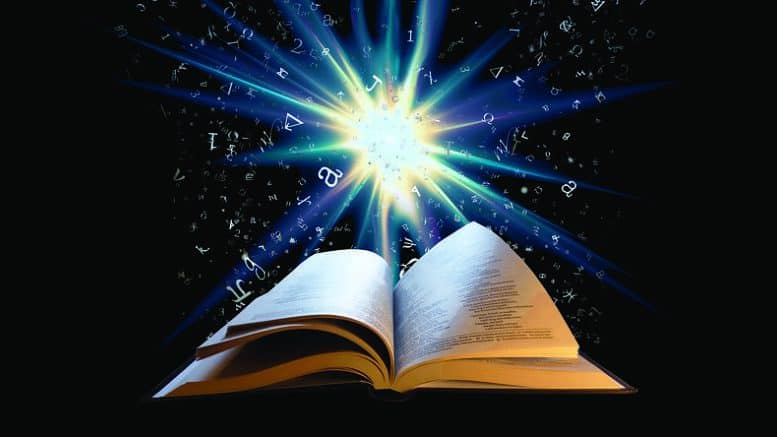 It is in this climate that we experience an acute cognitive dissonance; Battling the nebulous idea that we are going against the grain of something that is quietly, yet profoundly telling us to course-correct while the voices of “progressivism” tell us otherwise.

These words, penned by C.S. Lewis in his 1947 book The Abolition of Man, remind us that there truly exists a phenomenon called natural law, or the Tao as Lewis calls it. Natural law has been recognized for as long as history has been written. To deny it takes the conscious effort of a normal human being. The idea of inalienable rights – the foundation upon which the United States Declaration of Independence was written – springs from natural law.

As the book of Romans tells us in the Bible, “For when the Gentiles, which have not the law, do by nature the things contained in the law, these… shew the work of the law written in their hearts…”

The foundational truth spoken of by Lewis is this; To the dismay of the public school institution – and our “progressive” age in which we live – there exists a universal natural law of right and wrong. Contrary to leftist propaganda, western society and tradition are rooted in it. We have fallen backward and stumbled, but this ideal, which is rooted in Christianity, has kept us striving for a standard above our lower desires as human beings.

The dehumanized elite of the world are, as Lewis articulated, treating us as raw material to be manipulated. Our traditions and values must be cast away in this grand experiment. However, in this process, if we are honest with ourselves, we know in our hearts that something is horridly wrong. It is in this climate that we experience an acute cognitive dissonance; battling the nebulous idea that we are going against the grain of something that is quietly, yet profoundly telling us to course-correct while the voices of “progressivism” tell us otherwise.

Basic human drives to protect the tribe, procreate with the opposite sex, and to ultimately strive to live in harmony with the Tao are all being deliberately scrambled.

The Age of Disconnection

In this environment, technology is enabling us to dissociate completely with the real world. Filter bubbles keep us locked in to certain world views – whether accurate or not – on social media. Virtual reality is rapidly becoming a staple form of entertainment. “Founding Father” of virtual reality Jaron Lanier recently stated, “If you control the person’s reality, you control the person”. If the real world becomes too confusing and dark, another digital world is here for us to engage in.

In 2013, prior to the current media hype surrounding smart phone addiction, I wrote in my book titled “The Age of Disconnection“:

“We are literally becoming addicted to our technology and the distraction that it brings. Every time we see the glowing red indicator on our Facebook page, our brain releases a neurotransmitter called dopamine. Dopamine is a central part of the reward center in the brain… It tells us, “Ok, this act (eating, food, sex, achieving a goal) brought pleasure, do it again!”… Here’s the question: Human development has this far driven us toward interaction with others. We need to connect with and learn from each other. We need to reproduce. What happens when our technology becomes more rewarding than anything else?”

Mass shootings like we just saw in Florida are an outgrowth of this environment. Broken families, SSRI drugs, the war on “toxic masculinity”, feminism, globalization, and race baiting propaganda are all contributors. Humanity is being targeted with scientific tyranny. Up is down and down is up. The further we stray from the Tao, the worse things will get. Our “dehumanized conditioners” know what they are doing. The artificial habitat that we are being inserted into goes against the grain of what and who we are.

“To us [evil] a human is primarily food; our aim is the absorption of its will into ours, the increase of our own area of selfhood at its expense… One must face the fact that all the talk about His [God’s] love for men, and His service being perfect freedom, is not (as one would gladly believe) mere propaganda, but an appalling truth. He really does want to fill the universe with a lot of loathsome little replicas of Himself – creatures whose life, on its miniature scale, will be qualitatively like His own, not because He has absorbed them but because their wills freely conform to His… Our war aim is a world in which Our Father Below has drawn all other beings into himself: the Enemy [God] wants a world full of beings united in Him but still distinct.” – C.S. Lewis, The Screwtape Letters