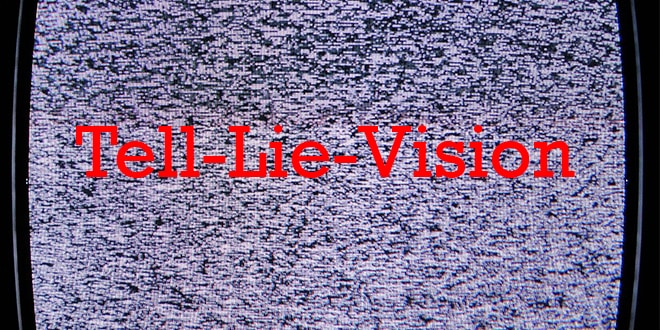 The two way telescreen from George Orwell’s 1984 allowed Big Brother to both transmit and receive information. Today in 2015, we have those same telescreens being sold to us as Smart Television (SmartTV). In the Samsung Global Privacy Policy – SmartTV Supplement it states, “We collect, use, share, and store information through your SmartTV in the ways described in the Samsung Privacy Policy.” Samsung also admits its SmartTV allows third party access to collect, receive and record your information saying, “Please be aware that if your spoken words include personal or other sensitive information, that information will be among the data captured and transmitted to a third party through your use of Voice Recognition.”

TV is a technotronic weapon used to control your mind. Developing children are especially vulnerable to reduced brain function caused by TV. Research shows watching too much TV (including Movies, TV Shows and Video Games) can hinder brain functions, education, health, behavior and social interactions. The shocking data below from the Fort Dodge Community Foundation and United Way exposes precisely how dreadful TV really is for your mind, body and soul.

TV’s Impact on the Brain

TV’s Impact on Behavior and Violence

Impact on Health and Fitness

Television takes away from so many other activities that are beneficial and even crucial for kids. The more time they spend in front of a screen gaming or watching shows, the less time they spend:

Not all television is bad, and watching it in moderation can even be beneficial to children.  When used in excess, however, television can lead to numerous problems and missed opportunities that affect not only childhood but later life as well. Of course, the responsibility to monitor and limit children’s television falls to parents.

Here are some tips on how to treat TV in your home and some activities you can use to replace it: