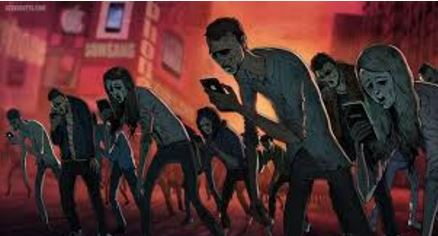 In this video, Gonz discusses findings from neuroscientist John Medina’s book “Brain Rules for Baby,” how cell phones and texting are creating a stunt in social development, to the point where normal kids are operating at autistic levels! Confirming that the technology we have in our hands was not meant to help us, but ultimately hurt us. He briefly mentions the fallen angels and book of Enoch about halfway through, which I’m inclined not to agree with, but what Gonz presents here is a very important thing for parents and grandparents to be aware of.

“Gradually, by selective breeding, the congenital differences between rulers and ruled will increase until they become almost different species. A revolt of the plebs would become as unthinkable as an organized insurrection of sheep against the practice of eating mutton.”