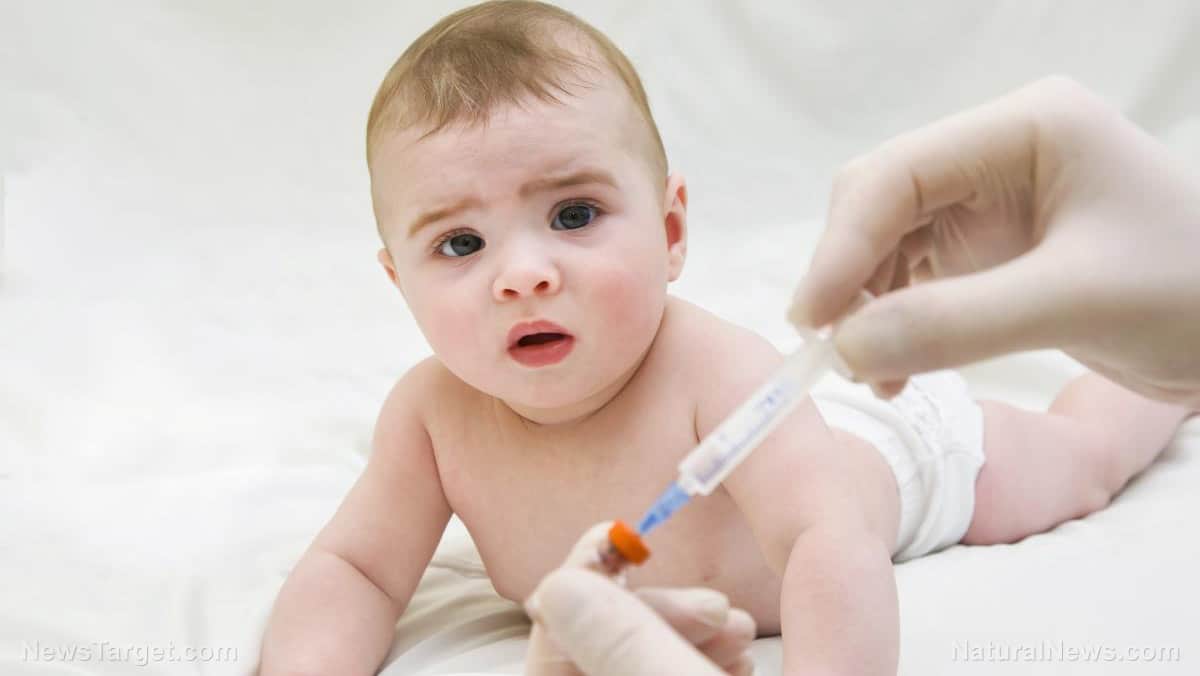 The year is 2018, and it would be nice to brag about science and medicine having come “so far,” but that’s impossible in regards to vaccines when they’re used to make humans sick and dysfunctional, especially newborn babies, infants and children. The theory of vaccines is legitimate, and the idea that doctors who attend eight years of medical school recommend all of them sounds convincing, but today’s nerve-and-immune-system-crippling ingredients should sound off all of your common sense alarms like ambulance sirens heading to the scene of a life or death emergency.

The problem with questioning anything at all about vaccines is that you’re immediately labeled “anti-science” and “anti-vax” by the pro-vaccine cult – the same goons and trolls who want to have you burned at the stake if you get cancer and refuse chemotherapy.

Another huge problem with questioning anything about vaccines is that, if you do, you’re immediately labeled a conspiracy theorist, but then again, most of the “conspiracy theories” of the past decade or two have been proven true, like the U.S. government spying via Prism on all of its own citizens, and the CDC covering up health detriment caused to babies by the toxic MMR vaccine, or the Obama Administration running a shadow government the past two years, and we could just go on and on.

So, the next time you even consider a flu shot, or have a baby, or hear about a friend or relative catching the measles, take a look at this article again, and remember what you learned about the insane, useless, experimental contents found in what is still termed “modern medicine,” even though the vaccine industry has already shelled out over $3 billion in damages to families whose kids were maimed or killed by the farce of “safe and efficient” immunization.


Top 9 vaccine ingredients you would never eat if found in food, so why allow them to be injected into muscle tissue?

#4. Peanut Oil (the main cause of childhood severe peanut allergies)

#6. FD&C Yellow #6 aluminum lake dye (why do we need vaccines to be colorful?)

#7. Squalene (main cause of auto-immune disorder)

#8. Over 50 Parts Per Million of Mercury (still found in certain flu shots)

Sounds like some crazy witch’s brew for turning people into mice, doesn’t it? The theory of working vaccines is that you give a human a tiny weakened strain of an infectious disease, their body builds antibodies to fight it, and the next time the same disease is encountered “in the wild,” that human’s immune system is ready to fight, and better prepared. Sounds great. So why then does “modern science” infuse known neurotoxins into vaccines that cause severe allergic reactions, anaphylactic shock, autism, comas and even death?

Shocking Truth: Modern vaccines are not meant to prevent disease, but to cause long-term disorders that earn Big Pharma a fortune

Yes, we know, you want to believe American medicine isn’t so corrupt, but it is. In the 1960s, vaccine manufacturers had no idea what the heck they were doing at all. Merck scientist Dr. Maurice Hilleman admitted on tape that vaccines were spreading disease instead of preventing it. The polio vaccine contained SV40 cancer virus. Other vaccines were being produced using brain tissue from human abortions. Cell cultures from aborted fetuses are STILL used in today’s vaccines, including WI-38 and MRC-5. If you don’t believe it, check the CDC’s own vaccine ingredient web pages right here.

The polio vaccine is a complete hoax and is based on a complete misrepresentation of historical data, that duped over a hundred million Americans. How? The infamous Dr. Jonas Salk (fake hero), removed the kidneys of rhesus monkeys, cut them into tiny pieces, placed them in vials with a nutrient solution and three strains of polio, and then literally rocked the bottles (like a newborn baby) using a mechanical machine. This “incubator” stimulated growth of the virus. The formula was then diluted and weakened with formaldehyde (they call it attenuated today), chilled, and shipped to laboratories around the world. Voila! The amazing useless polio vaccine was invented and the hoax was sold to the world by the CDC.

If the science of vaccines was legitimate, then the mass media would let the science speak for itself. Learn the risks for yourself. The pro-vaccine cult is “anti-science” themselves, knowing the truth about the toxins in vaccines would change millions of minds about what they call “modern medicine.” There are immunization alternatives. Check NaturalPedia.com for more solutions.