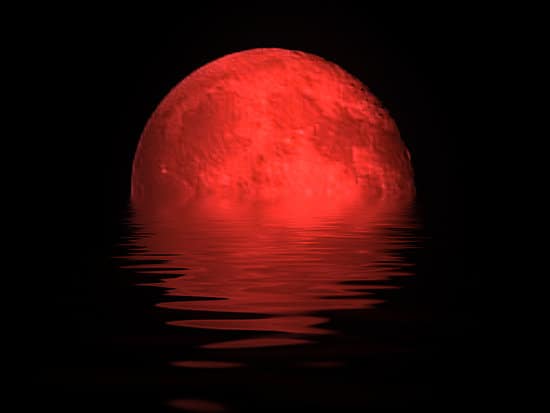 
Question: What is your take on the “Blood Moons” teachings we’re hearing from John Hagee, Mark Biltz, and others? Is there any validity in what they’re saying?

The term “blood moon” as popularly used misses the biblical sense of the term. There is no evidence to suggest that the perceived discoloration of the moon during a total lunar eclipse is what is referenced in Scripture. Eclipses are of relatively short duration, are entirely predictable, are visible only to part of the planet—and although purported to be a potential herald of Christ’s return to the Mount of Olives, three of the four in this tetrad cannot even be viewed from anywhere  in the Middle East, and the fourth only partially in the Promised Land. [See NASA maps here: http://eclipse.gsfc.nasa.gov/lunar.html

Attempts to connect the tetrad with the Second Advent are based on speculation and faulty interpretation of Scripture, most notably:

And I will show wonders in the heavens and in the earth, blood, and fire, and pillars of smoke. The sun shall be turned into darkness, and the moon into blood, before the great and the terrible day of the LORD come. (Jl 2:30-31)

…[A]fter the tribulation of those days shall the sun be darkened, and the moon shall not give her light, and the stars shall fall from heaven, and the powers of the heavens shall be shaken: And then shall appear the sign of the Son of man in heaven…and they shall see the Son of man coming in the clouds of heaven with power and great glory.  (Mt 24:29-30)

And…when he had opened the sixth seal… the sun became black as sackcloth of hair, and the moon became as blood; And the stars of heaven fell unto the earth.…And the heaven departed as a scroll when it is rolled together; and…[all men] hid themselves in the dens and in the rocks of the mountains; And said to the mountains and rocks, Fall on us, and hide us…from the wrath of the Lamb: For the great day of his wrath is come; and who shall be able to stand?  (Rv 6:12-17)

The “blood moon” teachers focus on the moon’s apparent color and timing as the primary signs; but as the above scriptures reveal, comparing a total lunar eclipse to this prophetic context is like comparing a firecracker with a nuclear device. Most importantly, while we affirm the doctrine of imminency for a pre-Tribulation rapture (which indeed could  fall on a Jewish feast day), speculation that the “blood moons” tetrad of 2014-2015 may be a harbinger of the Apocalypse is completely without basis—and quite literally impossible, as we shall see.

Mark Biltz, pastor of El Shaddai Ministries in Bonney Lake, Washington, is generally recognized as the first to report (as early as 2007-08) that all four eclipses in the current tetrad cycle directly coincide with Jewish feast days. Biltz, a popular teacher in the Hebrew Roots Movement, suggested that this tetrad—the last to occur in this century—could herald the Second Advent of Christ:

When I talk about the second coming I am not referring to the rapture but to Messiah’s feet landing on the Mt of Olives in Zech 14. I am not setting dates for the rapture. The only dates I am giving [are] the dates NASA gives us for eclipses and the dates God gives us on His calendar and then I bring in the connection. …I did say, and again say, IF these eclipses in 2015 are what the Lord was referring to, then 2015 would look like a possible year for His feet to land on the Mt of Olives. And, IF this is true then the tribulation could, not would, start this fall [2008] at the Feast of Trumpets.  (http://archive.today/hZES)

This scenario is theologically untenable for all who hold to a pre-Trib, mid-Trib, or post-Trib Rapture. Why?  These perspectives would presently place the church in the latter half of the “great and terrible day of the Lord.” Only those who dismiss the biblical timeline of seven years of the Great Tribulation following the Rapture and spiritualize end-times prophecy (e.g., amillennialists and preterists) could possibly expect the Second Advent in conjunction with the “blood moon” tetrad that concludes September 28, 2015.

Believers may be certain of one thing:  All  prophecy pertaining to the Second Coming  must be  literally fulfilled in order for Jesus to return to Jerusalem. This includes the Rapture, global government, the Gog-Magog war (Ezekiel 38-39), the peace treaty with Israel, construction of the third temple, its desecration by Antichrist, the mark of the beast, etc. Therefore, if even  one  of these prophecies is not fulfilled  by 2015 , then the entire “blood moon” tetrad is nothing more than a delusion.

God is trying to get our attention. And I am convinced He has anointed Mark Biltz to help us understand the times in which we live and the urgent warnings God is trying to deliver to us all. […]  Blood Moons …is that kind of message—one so detailed, so improbable, so mysterious it could only be the result of divine handiwork.

In truth, the coincidence of the timing with Jewish feast days is not a mathematical miracle. A total lunar eclipse can occur  only during a full moon, and the Hebrew calendar is based on lunar cycles. As the website  Israel Today  reminds us: “Since both Passover and Sukkot are scheduled on the full moon, both have occasionally coincided with blood moons, the last time being the start of Sukkot in 1996” (emphasis added). (http://www.israeltoday.co.il/Default.aspx?tabid=178&nid=24559)

Our modern ability for virtually anyone to calculate exactly when and where these events will be visible (using NASA websites and home computer software) raises another question: If predictable  lunar and solar eclipses are of prophetic significance concerning Israel , why are many of them only visible elsewhere ? By comparison to the Scriptures, are such relatively mundane events truly a sign from God heralding the Apocalypse—the Unveiling, the Revelation of Jesus Christ as Messiah, King of Kings and Lord of all?

Unfortunately—should these dates come and go without any earth-shattering event taking place in conjunction with the tetrad—this rampant speculation by peddlers of false prophetic views will give four more reasons for the world to speak evil of the truth. As Dave Hunt exhorted:

Christ, who rebuked the rabbis for not knowing and heeding the signs of His first coming (Lk 12:56), gave specific endtime signs by which the nearness of His second coming would be recognized—and surely He gave these signs for a purpose. Unfortunately, some prophetic writers and speakers attempt to identify details where only a broad picture is given in Scripture…. Such attempts lead to confusion….[We must] stick to the plain language of Scripture and to the unvarnished facts. (http://www.thebereancall.org/content/may-1999-q-and-a-1)