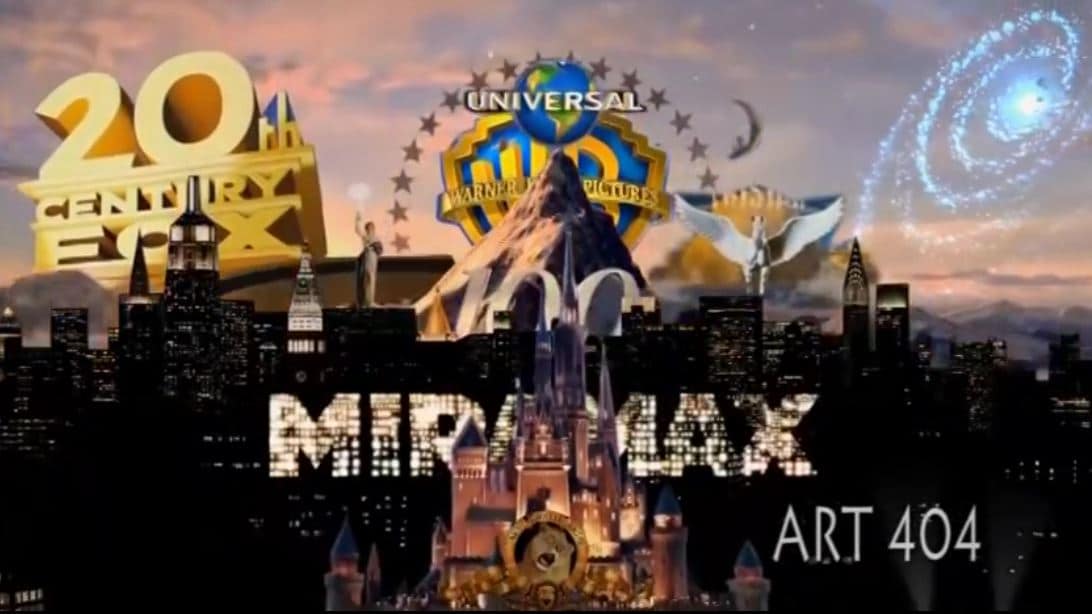 Just the other night my husband and I got into a discussion about the drastic change we’d seen in television programming over the years. Sexually explicit scenes, now commonplace, were unheard of only a few short years ago. The multiple agendas being pushed are impossible to miss: Accepting the gay lifestyle as correct, and not to do so as incorrect, a complete lack of morals: Two (or more) people meet, be they a man and a woman, a man and a man, a woman and a woman, or some mix of both, they go on a ‘date’ and end up having sex. All this is depicted as ‘normal’ on many (most?) of the new tv series. Violence is extreme, shock is over used (really, how many times do they need to do the “hit by a bus” thing?), apocalyptic themes are prevalent as well as a clear inter-racial agenda, but that’s another subject.

It struck us that young people these days have never even known anything different on tv, and how incredibly challenging it would be to raise children to follow God today with the monstrous influence of the media over their morals, character, and faith. What they see on tv is “normal” after all, isn’t it? The message: If mom and dad disapprove, they’re just out of touch with the times.

There are brave Christians who are standing up against this while we still have the freedom and voices to do so. They should be an inspiration for all of us and we should do all we can to support them. 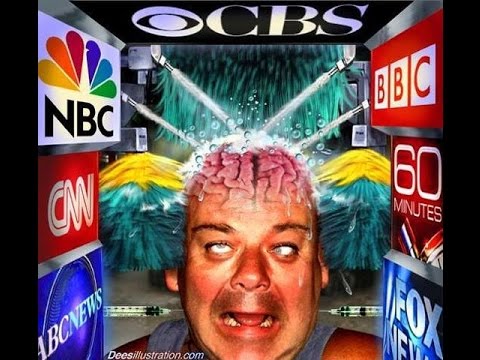 To find the industries that are doubtless the most culpable for the overall deterioration of the American republic (besides churches, which are at the top of the list), look no further than the Hollywood movies and the New York media (collectively, the Mainstream Media). These industries reach into the minds and hearts of the American people on a daily and almost hourly basis. Without a doubt, these two industries are largely responsible for the collapse of our nation’s political, social, economic, and cultural health.

No other institutions directly shape the values, philosophies, ideas, and lifestyles of the American people more than the mainstream media and entertainment industries. And what most folks would be shocked to learn is that both of these industries are controlled by a very small handful of people. I mean VERY SMALL.

That’s right: a small group of people are almost single-handedly disassembling the traditional values, philosophies, and ideals of the American nation and replacing them with their own radical socialistic, amoral, globalistic ideas.

More and more people are awakening to the duplicity and dishonesty of the mainstream media, as evidenced by the election of Donald Trump. People who voted for Trump openly defied the national media and Hollywood elite and voted for a man who campaigned as an anti-establishment outsider. So, the subject that I am addressing today could not be any timelier.

Most of us realize how rare it is for anyone inside the mainstream media and entertainment industries to be willing to stand against the elites who control these institutions. Trying to find movie producers, directors, actors and actresses, news anchors, producers, directors, reporters, etc., who are NOT liberal socialists or big-business neocons is like trying to find hens’ teeth or pigs that can fly.

However, once in awhile someone will come along with the courage and grit to challenge the establishment. Such people are rare gems indeed. One such man is a longtime movie producer, director, writer, and editor. In his early days, he worked as a production still photographer, camera operator, assistant editor, music editor, script analyst, assistant producer, etc. He has worked inside the industry at almost every level.

This man worked on projects for The Carpenters, Peggy Fleming, Sonny & Cher, Tom Jones, NFL Films, CNN, Errol Flynn Enterprises, Columbia Pictures, CBS, actors Angie Dickinson, Barbara Hershey, Gregory Peck, and many more. This man has seen the mainstream entertainment and media industries up close and personal for most of his life.

I am talking about Mr. James Jaeger. This man is the bravest movie producer I know. Let me tell you why.

After working many years in Hollywood and on the East Coast, James broke away from mainstream narrative dramatic features and entered the world of independent documentaries. His first documentary, FIAT EMPIRE: Why the Federal Reserve Violates the U.S. Constitution, featured Congressman Ron Paul and was released in 2005. This documentary won a Telly Award and hit #1 on Google Video (forerunner to YouTube) for six months.

As you can tell by just the titles of the above films, Mr. Jaeger has been willing to bravely wage a frontal assault against the sacred cows of the liberal establishment in a way no one of his stature in the film industry has before. Now, he is about to release what I believe is his most courageous film of all. This film goes for the jugular of the mainstream media and entertainment establishments like no film has ever done.

Not only is James Jaeger’s newest film his most courageous undertaking, it is also his most dangerous. In my opinion, Jaeger is literally risking his financial and professional future with this latest film. Believe me, not many men are willing to do what he is doing. I mean very few. I mean hardly anyone.

With the release of this new film, James Jaeger has decided to cross that bridge of no return into a world of financial and professional uncertainty. Again, he is the bravest movie producer I know.

The name of his new film is “MAINSTREAM: How Hollywood Movies And The New York Media Are Promoting The Globalist Agenda.” This film explicates the MAINSTREAM MEDIA (Hollywood movie studios and the New York networks) like no film has ever done before.

In my opinion, Jaeger is literally risking his professional future with this latest film because Hollywood, contrary to ongoing media propaganda, still blacklists producers and talents that do not conform to its interests and values or who speak out about its unethical and often-times illegal business practices, Jewish domination, and predatory behavior. Believe me, not many are willing to do what Jaeger is doing, and he tells me that there is a long list of celebrities, mainstream media opinion leaders, and Hollywood power brokers that he has invited to interview for MAINSTREAM but who all declined, ignored the invitation, or bowed out. This list includes directors Steven Spielberg and M. Night Shyamalan; Catholic League executive director Bill Donohue; former ADL executive director Abe Foxman; and former FOX President of Production Sherry Lansing. Also, it didn’t help that MAINSTREAM is inspired by the works of entertainment/securities attorney and author, John W. Cones, because Cones’ 17 books on the movie industry lay out the most extensive academic study of the industry ever done. This is another reason anyone connected with Hollywood or the New York media is terrified to participate in this film.

Not only does this film have the courage to name names within the entertainment and media elite, it dares to touch the THIRD RAIL. I mean it dares to tackle the issue that NO ONE dares to broach. The film confronts the reality of the massive influence that a few powerful Zionists have over the media and entertainment industries. I know of no one else of James Jaeger’s credentials that is courageous enough to tackle this issue. Now do you understand why I say he is the bravest producer I’ve ever known?

Now, imagine how difficult it is for Jaeger to obtain funding for such a film. In fact, he has already lost several sources of funding due to the subject matter of the film.

The movie MAINSTREAM will cost over $100,000 to produce. That might sound like a lot of money to you, but it’s a very modest budget when one compares it to standard Hollywood documentary budgets. For example:

Michael Moore spent $160,000 making “Roger & Me,” his first film. Moore spent $4.3 million making “Bowling For Columbine,” $6 million for “Fahrenheit 9/11,” $9 million for “Sicko,” and $20 million for “Capitalism: A Love Story.” As you can see, liberals have no problem raising huge sums of money for projects that promote socialism and Marxism and that mock traditional Christian values.

All of Jaeger’s films are pro-Constitution, pro-liberty, pro-America, pro-free market, and pro-Christian values. But does Hollywood distribute these films? No, not at all. And this is one of the reasons MAINSTREAM is necessary: to expose the U.S. mass media oligopoly and how it refuses to allow the dissemination of ideas and values important to a free society. This film will literally assault the gates of Hell. As James likes to say: “We need to address the Media Trolls on the Bridge to Liberty.”

Here are but a few of the notables who are featured in this film: Edwin Vieira, Jr. (author, constitutional attorney), G. Edward Griffin (author, producer), John Cones (author, entertainment attorney), and Richard Gage (producer, Architects & Engineers 9/11 Truth). And, yes, yours truly is also featured in this film. Let me hasten to say at this point that none of the film’s participants (including yours truly) receive any remuneration for our part in the film. None!

I am asking my readers to give to the support of this new film. I understand that James needs at least an additional $25,000 to finish production of this fantastic film. But in truth, he could use DOUBLE that. There are additional shots in LA and New York that are still needed, the narration must be completed, new music rights must be purchased, and he has to get through many months of editing. Plus, I am confident that the readers of this column are more than capable of meeting this need.

Some of the most intelligent, patriotic, committed, and wide-awake people in the country read this column. I know you folks. You are very awake to the modern scourge of corporatism and globalism. This is your opportunity to give to a project that has the potential to awaken people to the gamemakers who control the mainstream media and entertainment industries. You know I would not use this column to promote Jaeger’s newest film if I did not wholeheartedly support it.

Here is the start of the film:

And here is one of my clips from the film: 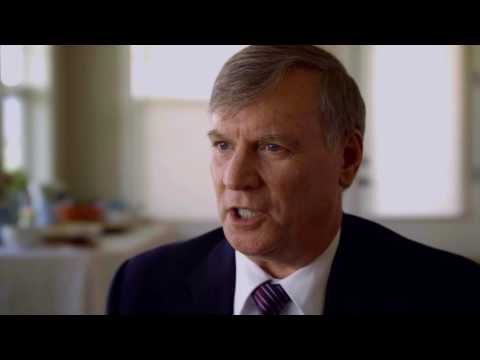 Will you give a one-time donation to help Jaeger produce this phenomenal film? Will you be as generous as you can? And when you donate, please tell him that you heard about the film from my column.

Here is the online address to donate to James Jaeger’s newest film, “MAINSTREAM: How Hollywood Movies And The New York Media Are Promoting The Globalist Agenda”:

Please make a donation to the support of this film. Whether your gift is large or small, it will help James finish production of this great film. America really needs to see it.

Again, here is the link to donate:

Thank you! And thank you, James!