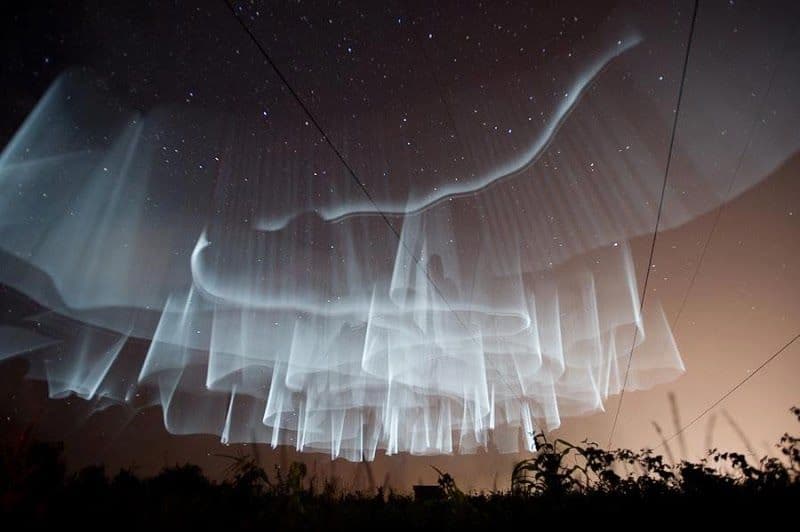 There is an aurora in Finland known as “The Hem of His garment.” It makes me think or Isaiah 6:1

“In the year that King Uzziah died I saw the Lord sitting upon a throne, high and lifted up; and the train of his robe filled the temple.”

What if the concept of outer space with its trillions of galaxies, suns and solar systems was created to push God far, far away when scripture tells us that He is very near?

“It is he who sits above the circle of the earth, and its inhabitants are like grasshoppers; who stretches out the heavens like a curtain, and spreads them like a tent to dwell in;”

When we search scripture, we don’t find vast outer space. Rather, we find that earth is a flat plain.

“When he established the heavens, I was there

when he drew a circle on the face of the deep”

“Where were you when I laid the foundation of the earth?

Tell me, if you have understanding.

Who determined its measurements—surely you know!

Or who stretched the line upon it?”

With a glass firmament over it restraining the waters above

“Hast thou with him spread out the sky, which is strong, and as a molten looking glass?”

“Praise him, ye heavens of heavens, and ye waters that be above the heavens.”

And, where is the Lord seated in this model?