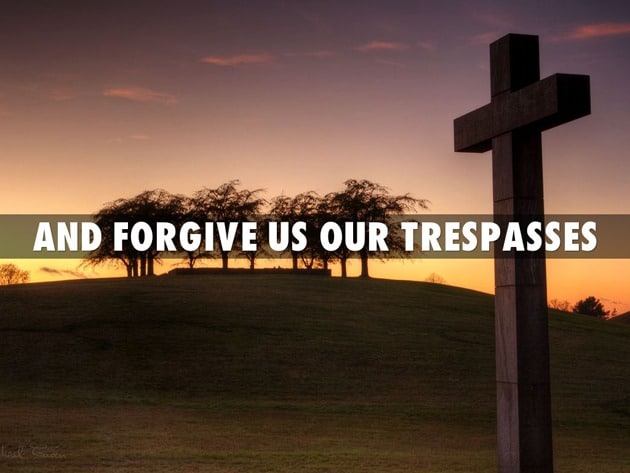 I’ve written previously about group “misremembering” or the Mandela effect, and concluded that, no, parallel universes are not colliding – nothing spooky is going on. But one thing that did give me a bit of pause was the Lord’s prayer. See, I DISTINCTLY remember reciting the Lord’s prayer and saying “forgive us our trespasses” (“Trespasses” is a bit of a tongue twister, especially for a child, so you tend to remember it). If you’re over 50 or so you might remember it that way too. But here’s the problem: When you look into the various Bible translations

Instead they all read “debts”.

Oh no! Why are we all remembering “trespasses?”

Do I need to make time to study parallel universes and try to figure out how they might align with sound doctrine?

Has someone changed all the Bibles in the entire world to hide the word “trespasses” from us?

Has some great SPELL been cast to cause us all to remember something that was never in the Bible?

Thankfully, as I started to lose my footing at the edge of the rabbit hole about this recently, a friend sent me the following (very) helpful article by Desiring God writer Jon Bloom which offers a perfectly logical explanation!

Forgive Us Our What?

“Our Father in heaven, hallowed be your name.
Your kingdom come, your will be done, on earth as it is in heaven.
Give us this day our daily bread,
and forgive us our debts, as we also have forgiven our debtors.
And lead us not into temptation, but deliver us from evil.” (Matthew 6:9–13)

Forgive Us Our What?

If you recite the Lord’s Prayer by memory with a group of people outside of your local church, I imagine things usually go pretty smoothly till you get to the fourth line. Some will say “forgive us our debts,” some will say “trespasses,” and others will say “sins.”

So which word is the right one? Well, nearly all of the most credible English translations over time have translated the Greek words, opheilēma/opheiletēs, as “debts/debtors.” And that’s because in the New Testament and the Septuagint, these words almost always convey the meaning of owing a financial or moral debt or obligation.

In Luke’s version of the prayer, Jesus says, “and forgive us our sins, for we ourselves forgive everyone who is indebted to us” (Luke 11:4). In this case, the Greek word used for “sins” is hamartia, which in general means “sins” or “guilt.” But since it’s paired with opheilonti (“indebted to us”) it’s still clear that Jesus had the sense of debt in mind when referring to sin in the prayer he taught his disciples. So, saying “forgive us our sins” is not inaccurate; it just loses the nuance Jesus apparently intended.

But why do some Christian traditions say “trespasses”?

Just Read the Next Verse

If we just read down two verses we see one answer, because Jesus says,

The very first thing Jesus did after reciting this prayer is expound on the importance of forgiveness. And to really drive home what he meant, he purposefully chose a different word for sin with a different nuance than the one he used in the prayer. Matthew chose the Greek word paraptōma to capture Jesus’s intention in these verses, which in the context means a kind of sin that oversteps prescribed limits or boundaries — what we call a “trespass.”

Jesus wanted his disciples (including us) to understand sin in both the sense of owing a debt and the sense of trespassing into territory that doesn’t belong to us.

But that still doesn’t explain why some English Christian traditions use the word “trespasses” when Jesus’s actual prayer used the word “debts.”

We have William Tyndale to thank for this. Tyndale (1494–1536) was the great English reformer who first translated the Bible into English from Hebrew and Greek texts. Even though both Greek and Latin New Testaments used words in Matthew 6:12 that meant “debt,” and earlier church fathers (like Augustine) and translators (like Wycliffe) used “debt” language in this verse, for some reason Tyndale preferred “trespasses” (“and forgeve us oure treaspases, even as we forgeve them which treaspas us”).

Why he preferred this translation when few before or after him did is only speculation. He published his English New Testament in 1526 against the will and law of Henry VIII, and then lived in mortal danger only ten more years till he was betrayed by a friend and executed for his translation crimes. He didn’t live long enough to make many revisions. And his preference didn’t leave its mark long in the legacy of translations — by 1611, the translators of the King James Version went back to using “debts.”

However, it certainly has left its mark in the legacy of English Christian liturgies. “Trespasses” first appeared in the Anglican Book of Common Prayer in 1549, and as of the 1979 edition it was still being used. It became so pervasive that English Catholic churches also adopted it and they still use it, even though when prayed in Latin, the “Pater Noster” (“Our Father”) uses “debt/debtor” language (debita/debitoribus).

Forgive Us Our Trespasses

That’s why a portion of our praying group says “trespasses” when we recite the Lord’s Prayer together. And the next time it happens, we can thank God for William Tyndale, because he gave his life that we might have our English Bibles.

And though “debts” is the more accurate translation of Matthew 6:12, God does want us to keep “trespasses” in our minds when praying, especially we twenty-first-century Westerners.

Our modern understanding of “debt” might dull the edge this word had for Jesus’s original hearers. We hear it through the filters of our experience, which is different from Jesus’s audience and most of our human ancestors. Debtors’ prisons are an archaic thing of the unenlightened past, and we don’t have kings throwing us into them (Matthew 18:23–35). We have merciful bankruptcy laws that protect us in ways inconceivable to past generations. So “debt” might not carry for us the sense of threat it did for them.

But trespassing hits us differently, especially when someone commits it against us. A trespasser occupies a realm or exercises a right that rightfully belongs to someone else. A trespasser violates another person. This can be very damaging. In fact, it can rise to the level of treason, and result in a sentence of capital punishment.

This is what happened in the garden of Eden and what we have all done since. We have not merely borrowed from God an unpayable debt for which we appeal for bankruptcy protection. We have seized a realm and exercised a right that belongs to him. We have violated God. We have committed a treasonous trespass, and we owe the debt of treason: death (Romans 6:23).

And what Jesus has done, for those of us who trust him, is pay that terrible debt completely. And what he’s requiring of us is to forgive others who have occupied a realm and exercised a right that belongs to us, who have violated us — since we have been forgiven a far worse violation.

So if “trespasses” hits closer to home for us than “debts,” it does no violence to Jesus’s meaning if we pray, Father, forgive us our trespasses, as we forgive those who trespass against us. 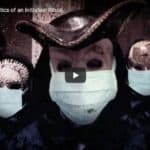