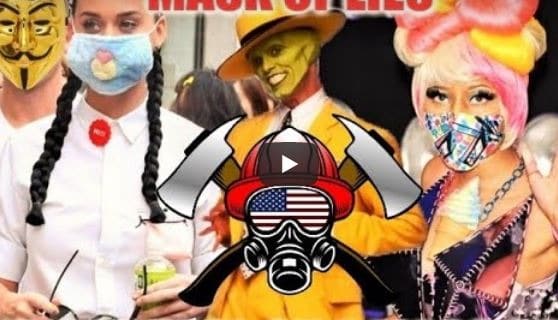 To date, I have not worn a mask, and although I’ve been given plenty of dirty looks, I haven’t been outright called on it. In our county we still have the right not to wear a mask if we have a medical condition that makes our being deprived of oxygen dangerous (but isn’t that all of us?) And according to HIPAA, we have a right to privacy concerning those medical conditions. So, technically, when we’re told we need to wear a mask to enter a store, we should be able to simply say “I can’t do that,” and that should be the end of it. But even if we do have a medical condition (again, don’t we all?), there’s something even more important to consider, and that is the occult significance of mask wearing.

The Ritual Wearing of the Mask

(Excerpted from: Occult Ritual Transformation and Coronavirus: How Mask Wearing, Hand Washing, “Social Separation” and Lockdowns Are Age-Old Occult Rituals Being Used to Initiate People Into a New Global Order – by Steve Barwick)

At this point in time, 30 countries, including the United States, are now forcing their citizens to wear face masks over their mouths on a mandatory basis, ostensibly to help stop coronavirus infections. This, even though numerous medical experts, including the Surgeon General of the United States, have openly stated that wearing masks has no beneficial effect whatsoever against coronavirus.

What’s more, numerous medical experts have attested to the fact that face masks can even be dangerous to one’s health in that they curtail clear thinking (and even consciousness) by trapping carbon dioxide in the chamber of the mask, forcing you to re-breathe it over and over, thus depleting your blood of fresh air and the life-giving oxygen component it contains.

So why are the powers-that-be, globally, forcing their citizens to wear these face masks, if the masks simply don’t work against coronavirus, and might very well be dangerous to your health? The answer might surprise you:

Among other things, the wearing of the mask over one’s mouth is a token of submission…a gesture of your willingness to be subject to others who are not your usual Sovereign.

But there’s more. According to the Encyclopedia Britannica, mask-wearing is:

“A form of disguise or concealment usually worn over or in front of the face to hide the identity of a person and by its own features to establish another being.”

In other words, the wearing of a mask represents an occult transformation — a human alchemy, if you will — from one role to another. From one manner of being, to another. Indeed, in this case, from individual sovereign under God to collective subject under the children of the devil.

You see, the masking ritual is specifically designed to reverse the order of hierarchy set in place by God Himself. In the hierarchy of your heavenly Father, you are a sovereign representative of His Word on this earth. And your job is to speak His Word, on His Sovereign behalf to others.

In other words, He’s the King, you’re a Prince of His kingdom, and your job is to carry His Word to others, so they too can get on board with it and return to the Father eternally, through Jesus Christ. As it’s written regarding our primary duty as Christians:

Preach the word; be instant in season, out of season; reprove, rebuke, exhort with all long suffering and doctrine. (II Timothy 4:2 )

In short, your job is to teach your Father’s Word. And you must be ready and willing to do so at all times (i.e., “be instant, in season and out of season”).

As such, you must always remain unmasked, because your job — in your earthly role as one of His faithful representatives — is to speak and explain His Word to others. And to do so, you must open your mouth. You cannot be muzzled. You cannot be masked.

Wearing the mask is a powerful occult symbol indicating your submission to another power other than the Creator God who gave you the direct commission to preach His Word to the world. 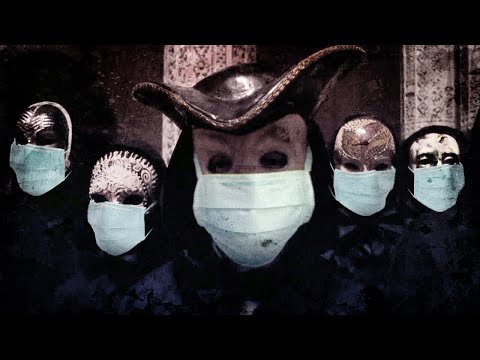