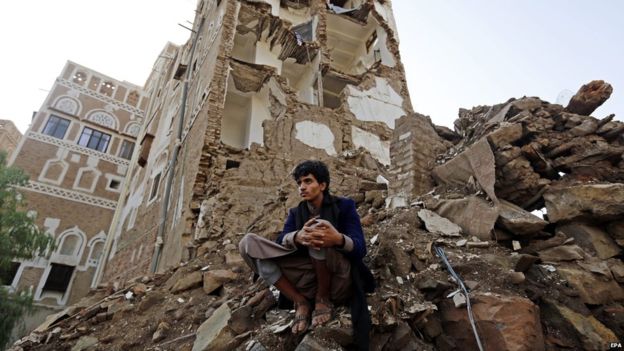 Watch the various television and cable news shows, and one will be exposed to multiple reports of–the exact same story. Day after day, night after night: the national mainstream news media regurgitates the same news stories to the American people. It’s the same song sung by a different singer; but it’s the same song. If you don’t believe that, start channel surfing the newscasts instead of watching just one network. You will hear the same stories repeated over and over again by all of the different newscasters. Wake up, folks! You are being programmed and propagandized.

I have repeatedly said: the real problem with America’s news media (and churches) is not what you are being told; it is what you are NOT being told. The most important stories that the American people need to know about are hardly ever mentioned. And it doesn’t matter whether the broadcaster or network is bent leftward or rightward: the media moguls who run ALL OF THEM belong to the same club.

Here are just a few examples of some very important stories that you’ve heard barely a peep about from the Western mainstream media–or from the vast majority of independent media outlets, for that matter. 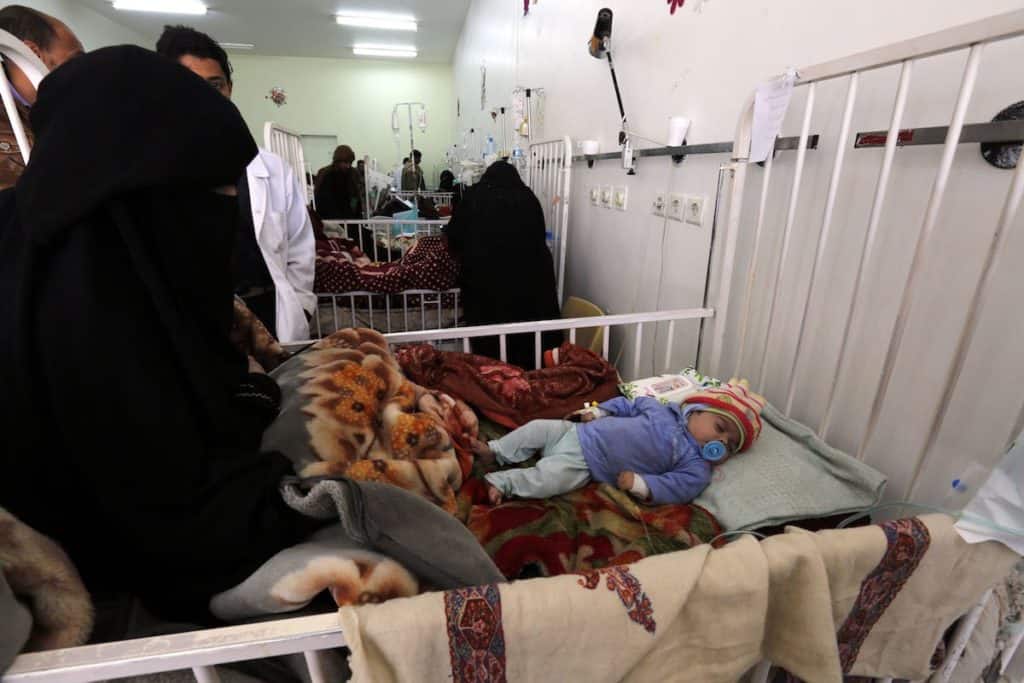 According to international relief agencies, two-thirds of the people in Yemen are dying slow, gruesome deaths from starvation and famine. In the surrounding region, more than 20 million people are affected. The World Health Organization (WHO) reported in July that over 1,700 Yemenis died from cholera. The organization warned that over 300,000 could be diseased from the outbreak by the end of this month. This is a humanitarian crisis unparalleled in modern times. Yet hardly anyone in the West is even aware of it.

So, why hasn’t the Western news media told the American people about the tragedy taking place in Yemen? I’ll tell you why: the United States and Great Britain have been assisting (and continue to assist) Saudi Arabia in conducting ongoing bombing campaigns against Yemen for the past two years by providing arms, munitions, and logistical support. And President Trump is continuing this unconscionable act of terror by authorizing up to $110 billion ($350 billion over ten years) in military aid to the Saudis–and MUCH of this military hardware will be used against the poor, innocent, starving, dying people of Yemen. The U.S. and Great Britain have also assisted Saudi Arabia’s naval blockade of Yemen, making it almost impossible for relief agencies to come to Yemen’s assistance. That’s why you haven’t heard about it; and that’s why you WON’T hear about it. 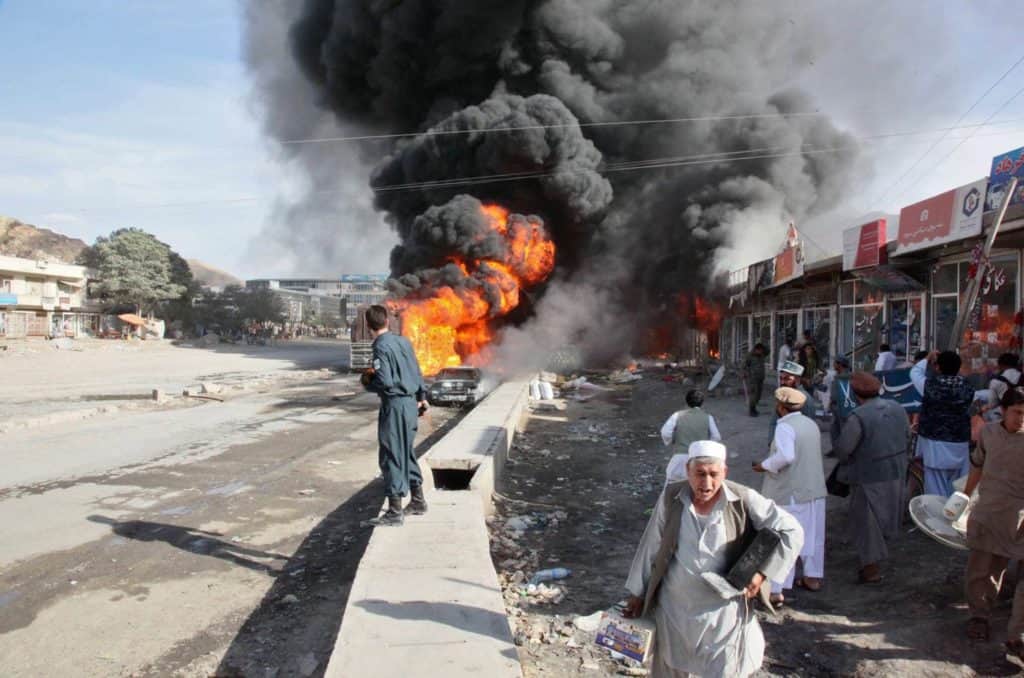 2)  “Liberated” Afghanistan is in flames

In 2001, the American people were subjected to nonstop news coverage of America’s “liberation” of Afghanistan. Of course, the CIA and U.S. military had been surreptitiously supporting the Mujahideen (the forerunner of ISIS, al-Nusra, etc.) since the Jimmy Carter administration. The Mujahideen unleashed a tsunami of terror and violence so massive that the Afghani government had to request assistance from Russia to try and save the country. After ten long, bloody years, Russian troops withdrew, and Afghanistan plunged into an abyss of religious intolerance, abject poverty, carnage, and incessant violence that has plagued the country ever since.

The narrative we were fed by the establishment Western media was that the United States was “forced” to support the Mujahideen terrorists in a righteous cause to liberate Afghanistan from the Russians. The truth is, the Afghan government asked for Russia’s help to ward off the U.S.-backed Mujahideen terrorists who were destroying the country. But the U.S.-backed Mujahideen were too entrenched, too well armed, and too well financed. After ten long years, Russia withdrew.

But it was the attacks on 9/11 that provided the “oilocracy” with the chance to achieve its decades-long plan of establishing an Afghan oil pipeline. One Eastern report noted: “So important was this pipeline to the US that in 1996 a high level Taliban delegation flew over to meet with Unocal executives at their headquarters in Houston, Texas to discuss its construction. The governor of Texas at the time was none other than George W. Bush.”

Most informed Americans today know that the invasions of Afghanistan and Iraq by Bush and Cheney were a massive, royal SCAM. Most thinking people today readily understand that the U.S. invasions of those two countries had NOTHING to do with the attacks on 9/11 or chemical weapons or national security or anything of the sort. It was all about the petrodollar.

The result of Bush’s oil war in Afghanistan: sixteen years of a country mired in brutality, terrorism, corruption, and instability. Afghanistan in 2017 is a failed state. The terrorists (now called ISIS and Daesh) are stronger than ever; the Taliban is resurgent; and the country is another humanitarian nightmare. So much for Bush’s attempt at nation-building and crony capitalism with the “oilocracy.”

Ask yourself: when is the last time you heard anything of substance from the national news media about what’s going on in Afghanistan? That’s right: it’s another non-story to the propaganda Western media. 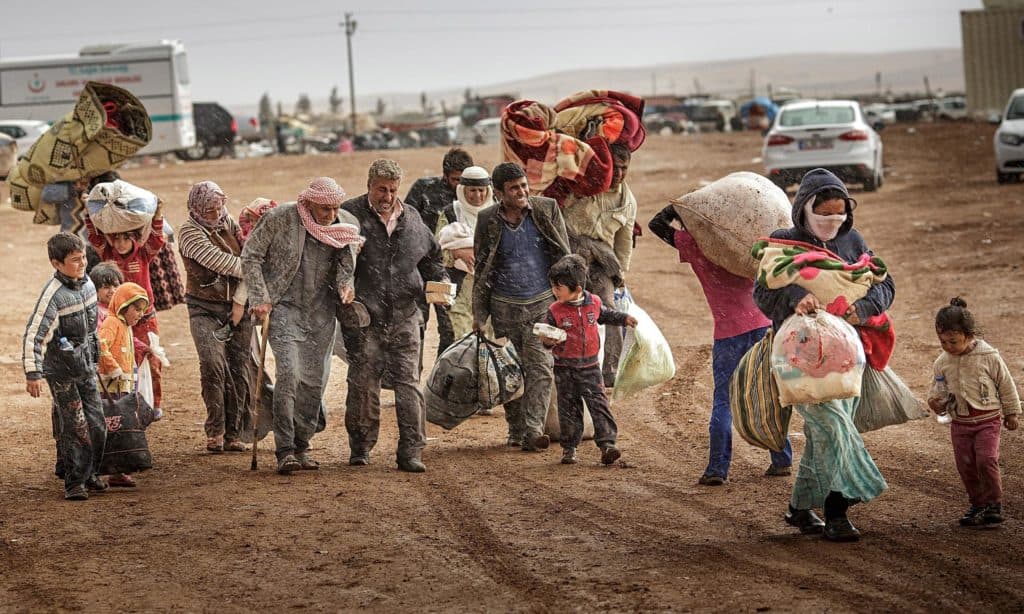 3) A half million Syrian refugees have gone home

I bet you didn’t know that nearly one-half million Syrian refugees have gone home. After being driven from their homes by U.S./Israel-supported terrorists, Syrian refugees are returning home by the hundreds of thousands. Yes, they are going back home to the protection of Bashar al-Assad.

The Western news media has repeatedly told you that Assad is a cruel, bloodthirsty dictator who gasses his own people. You’ve been told that the U.S. was trying to “protect” the people of Syria from this madman who hates them. But guess what? The U.S. media lied to you.

Assad has a higher percentage of support from among the people of his country (around 70%, including Christians, Muslims, and Jews) than virtually any national leader in the world. By comparison, as of August 1, the Rasmussen and Gallup polls show President Trump’s approval rating hovering between 33% – 37%.

Most of the Syrian people love Assad. They only fled the country when U.S.- and Israeli-backed terrorists began wreaking such havoc on their cities and neighborhoods that it was no longer safe to stay. The U.S. military protected ISIS and attacked Syrian government forces, making it next to impossible for them to protect the Syrian people. So they fled.

That all changed when Russia decided to come to Syria’s assistance. It has been Russia, NOT the United States, that has largely driven ISIS out of Syria and, therefore, made it safe for the Syrian people to return home.

Why isn’t the Western media telling you about the hundreds of thousands of Syrian refugees that have returned home? Now you know why. 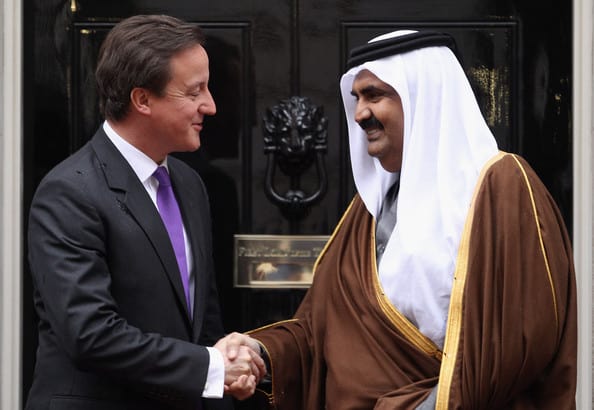 Islamic attacks in Great Britain are talked about constantly by the Western media. But what they are not telling you is the role that MI5/6 played (and still plays) in cultivating and colluding with those terrorist groups.

John Pilger writes, “Critical questions–such as why the security service MI5 maintained terrorist ‘assets’ in Manchester and why the government did not warn the public of the threat in their midst–remain unanswered, deflected by the promise of an internal ‘review’.

“The alleged suicide bomber, Salman Abedi, was part of an extremist group, the Libyan Islamic Fighting Group, that thrived in Manchester and was cultivated and used by MI5 for more than 20 years.

“The LIFG is proscribed by Britain as a terrorist organisation which seeks a ‘hardline Islamic state’ in Libya and ‘is part of the wider global Islamist extremist movement, as inspired by al-Qaida’.

“The ‘smoking gun’ is that when Theresa May was Home Secretary, LIFG jihadists were allowed to travel unhindered across Europe and encouraged to engage in ‘battle’: first to remove Mu’ammar Gaddafi in Libya, then to join al-Qaida affiliated groups in Syria.”

Terror In Britain: What Did The Prime Minister Know?

But it’s a “smoking gun” that the Western media refuses to see. 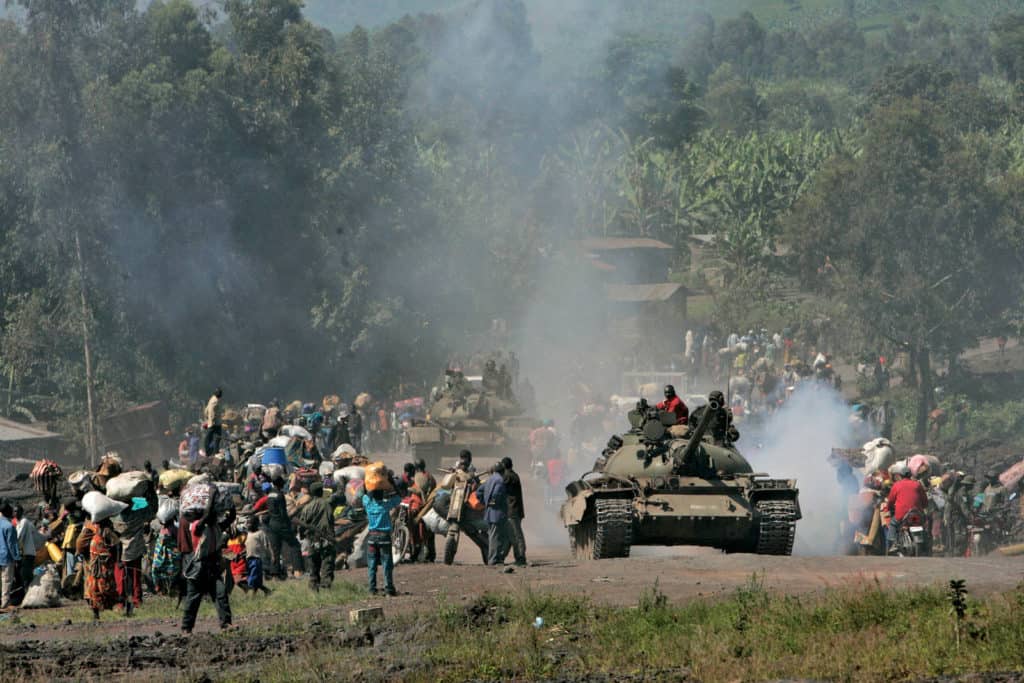 5)  The crisis in the Congo

The Democratic Republic of Congo is rich in minerals. Western companies who own the mines in the Congo use those minerals to build everything from cellphones to laptops to airplanes and nuclear reactors. The CIA has been involved in deposing and setting up leaders (which always results in the serious destabilization of a country) in the Congo since the early 1960s. And true to form, the Congo is in the midst of a crisis.

Thousands of people have been killed and dumped in mass graves. Over a million Congolese people have been displaced. Over 8,000 people a day were forced to leave their homes. An American and a Swedish humanitarian worker have been murdered. Of course, the humanitarian crisis is not interfering with the mining of minerals. And neither are the multinational corporations that are reaping billions of dollars in profits from the Congolese mines doing much of anything to help the suffering people of this beleaguered country.

So, why hasn’t the Western media told you anything about what’s going on in the Congo?

These are just a few of the very important stories–with a brief backdrop on each–that the propaganda mainstream media refuses to talk about. And you can mark it down: with each and every non-story, there is a cover-up of huge proportions going on. This is why so much of what the American people believe about international affairs is patently false–and usually one hundred and eighty degrees opposite of truth. Yes, I’m saying it: virtually EVERYTHING we are told by the U.S. government and its toadies in the propaganda media–especially relating to international affairs–is a big, fat LIE.

And take this to the bank: when the end comes for America, it will be directly caused by a nation that ignored its founders’ wisdom to stay clear of entangling alliances with foreign nations and instead chose to sacrifice a prosperous, free, and independent country for crony capitalism, personal profit, and unmitigated malevolence. I’m talking about the politicians in BOTH parties in Washington, D.C. Oh, yes, and their pathetic propagandists in the national news media.

P.S. George Washington echoed the sentiments of Thomas Jefferson and the rest of America’s Founding Fathers when he wrote in his Farewell Address: “Against the insidious wiles of foreign influence (I conjure you to believe me, fellow-citizens) the jealousy of a free people ought to be constantly awake, since history and experience prove, that foreign influence is one of the most baneful foes of republican government.”

Washington went on to say: “The great rule of conduct for us in regard to foreign nations, is, in extending our commercial relations, to have with them as little political connection as possible.” And, “’Tis our true policy to steer clear of permanent alliances with any portion of the foreign world.”

Adherence to the principles contained in Washington’s Farewell Address could literally save the republic–even now. Please help me distribute this remarkable address far and wide.

The cost of these booklets is inexpensive enough that many people will be able to purchase several copies to give to friends and relatives. Order THREE copies, and pay NO SHIPPING. (Free shipping only applies to domestic orders. International rates vary.)

I urge you to order as many copies of Washington’s Farewell Address as you can. Find them here: