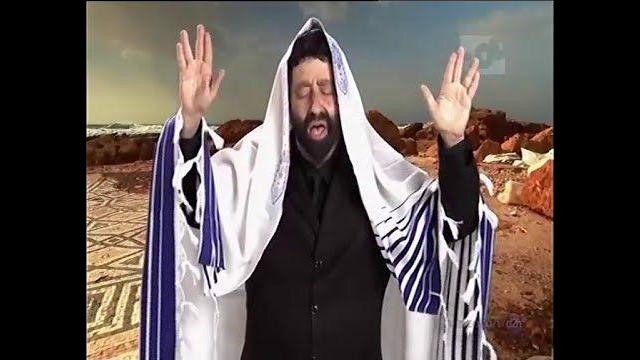 A great Kabbalizing of Christianity has been taking place for some time, beginning in the 1800’s with Darby’s Freemasonic Dispensationalism preparing the church for Zionism. – We can actually go all the way back to Ribera, the 1500’s Catholic monk who moved the timeline in Daniel & Revelation off into the future to deter those who saw the Pope as the antichrist… but to stay on track… Dispensationalism / Zionism gave way to Messianic Jews and the Hebrew Roots Movement and Christianity was suddenly looking more and more Jewish – to the point that, today, the average church goer has no problem at all embracing “Rabbi Cahn” and his mystical revelations.

Enter “The Return”; A landmark historical event that took place in Washington D.C. Christians have had it to the gills with ritual masks, abortion, gender “fluidity”, the threat of forced vaccinations, the loss of liberty, destruction of the economy and all out marketing of evil from all media platforms and educational institutions (problem/reaction). Franklin Graham spearheaded the great gathering at the nation’s capitol which featured an ecumenical crowd of an estimated 5 million marching around the Washington monument – even praying around the immense phallus as is done at the wailing wall… But I’m sure you know the story. Many have called the heretical event out for what it was.

The Return, with its mantra of repentance (besides being nonsensical, since we’re talking about multiple faiths with a myriad of ideas about who God and Jesus are) was in fact the Kabbalah practice of Teshuvah,  especially significant on Yom Kippur.

“In Jewish tradition, repentance is called “teshuvah”. Teshuva is a Hebrew word that translates as “returning”. The idea of repentance in Jewish thought is to return to the path of righteousness.

“Teshuvah can be done at any time, but the High Holiday season, and Yom Kippur especially, is considered an especially auspicious time for it. The process of repentance, as laid out by Maimonides, includes three stages: confession, regret and a vow not to repeat the misdeed. The true penitent, Maimonides says, is the one who finds himself with the opportunity to commit the same sin again yet declines to do so. Prayer, charity and fasting are also said to help one win forgiveness.” My Jewish Learning

HRM Christians embrace Teshuvah – having been fooled into believing that it is a call to return to Christ, but in reality it is an ushering in of a Luciferian one-world.

Christians must realize that Judaism is based on esoteric, mystical teachings of rabbis that is not Biblical and has nothing to do with Christianity.

The Return according to Kabbalah

The Luciferian doctrine of Kabbalah declares that the world must “return” or “repent” in order for the Utopian New World Order to come into being and for their false messiah to come.

Mystic Judaism teaches that the spiritual leaders of Kabbalah must draw the entire world into practicing the traditions of Kabbalah. The return was a drive towards this, a push towards the “gathering” or the “great awakening”.

If you doubt that these teachers are exploiting the average Christian’s naivety of the Word of God and twisting scripture, consider just one example from “The Return”: Setting the state for future beheadings, watch the video of The Return from roughly mm 9 to 12 where Kevin Jessup wrongly states that the worshipers of the golden calf in Exodus 32 were taken outside of the camp and BEHEADED with the sword (for their idolatry)!  This is not found in the Bible, and yet, to my knowledge, no one has mentioned it. (thanks Deanne for pointing it out.)

Turning this over to Deanne, here are some excerpts from her must-read book “Kabbalah Secrets Christians Need to Know” (link in the sidebar) to explain more in depth about what we are witnessing:

“For all nations have drunk of the wine of the wrath of her fornication… For by thy sorceries were all nations deceived. Rev 18:3,23

“After 3307 years, everything necessary has been done. The table is set – and we are sitting at it. The feast of Moshiach is being served with the Ancient wine, the Leviathan, and the Wild Ox…All that is left is for us to open our eyes and see.” (Rabbi Menachem Mendel schneerson, The Rebbe)

Throughout all the writings of Kabbalah there is one central theme: That Israel is to be a light to the nations and that in the time to come all nations will know that Hashem is One. According to the rabbis, “It is the task of the Jewish people to teach and disseminate the Torah of the Noahides to all of mankind.” In what is being called “The Fourth Revolution,” the rabbis say we are now entering a paradigm shift; a time of “Mass Torah Study for Gentiles.” This, we are told, is a fulfillment of Biblical prophecy:

“I will also give thee for a light to the Gentiles, that thou mayest be my salvation unto the ends of the earth.” (A prophecy of Jesus Christ, not Israel; Isaiah 49:6)

“And Hashem shall be King over all the earth; in that day shall Hashem be One and His name one.” Zechariah 14:9 (The Israel Bible)

The rabbis of Kabbalah say that the world is now “ready for a global awakening of consciousness.” They tell us that this awakening will only come by way of illuminating the nations through Torah study – chiefly Kabbalah – and that without thie revolutionary shift in consciousness, Messiah will not come. But what is Torah? To Christians Torah is simply understood to mean the Holy Scriptures of the Bible. But in today’s Judaism Torah encompasses the Bible as well as the traditions and mystical teachings of the sages throughout time:

“We have entered the age of the innermost aspect of Torah…the secrets of the Torah, that is to say, the Kabbala… we are close to the clmpletion of the last period of the world… From our generation onwards, the words of the Zohar will begin to be revealed more and more until their whole measure is revealed according to the will of G-d.”

“Torah – (lit. teaching) (a) The Five Books of Moses (The Bible); (b) the overall body of Jewish religious teachings encompassing the whole body of Jewish law, practice and tradition… If at least the people who are the spiritual leaders of our generation would occupy themselves with the innermost aspect of Torah, the Kabbala, they would draw to themselves a complete light from the Ein Sof…”

Here again we see that what was once forbidden is now miraculously permitted through the light of the Zohar as revealed by the rabbis! This awakening of consciousness is nothing more than a global paradigm shift towards the god of Kabbalah –Lucifer – as the “light” of the nations. What is evident is that this shift of consciousness in Christians represents a contemporary fulfillment of the Apostle Paul’s prophecy that in the latter times there shall be a “departing” from the faith by those who do not love the truth, but turn their minds over to doctrines of demons. (1 Tim 4:1, 2 Thess 2:10)

As also prophesied in the satanic Zohar, there is occurring among many Christians a shift away from the central focus of Jesus Christ – Who is the Word – to another gospel that places earthly Jerusalem center stage in the fulfillment of prophecy. As one Israeli news source confidently stated, “Christians are realizing that the Bible is a work that’s all about the Jewish people in the Land of Israel and it’s taken a long time for this all to crystalize.”

“…there is spiritual tectonic shifts of historic magnitude happening both within the Jewish people as well as the world around us… One of the most shocking and curious of these shifts is happening within Christianity, as hundreds of thousands of Christians around the world are connecting to the Jewish roots of their faith, keeping many of the Biblical holidays, Torah commandments, and Jewish rituals.”

“The collective soul of observant Judaism is mostly unknowingly and unassumingly becoming saturated with little bits and pieces of Kabbalah – a book here, a lecture or study group there, etc. – until it will reach a point of critical mass… The collective Jewish soul, as well as the world at large, is unknowingly being seeded with kernels of divine knowledge falling from the Gates of Wisdom above… Out of the silicon chips and theories of evolution on one side and from the dialectics of the Talmud… will emerge the Hidden Light of the Supernal Torah. Corresponding to the four alphanumeric digits of the sacred formula of Y-H-V-H these are the reunion of the Twin Messiahs, the resurrection fo the sacred Serpent, the Feast of Leviathan and the revelation of Metatron.”

What began as a trickle has become a flood of kabbalistic and Babylonian mysticism into the Church through the process of overlap; “a book here” and a conference there, planting seeds of another gospel  and another Jesus. The Return of the kosher pig is being inundated with teachings and books that contain “code” words in the titles, chapter headings and text that are designed to attract the innate curiosity for secret knowledge that is latent in the human race.

“In the six hundredth year of the sicth millennium (5600 = 1840 C.E.) the gates of wisdom above [Kabbalah] together with the wellsprings of wisdom below [science] will be opened up, and the world will prepare to usher in the seventh millennium.” Zohar (VaYeira 117a)

According to the rabbis, this prophecy from the Zohar necessitates a convergence of Kabbalah and science that will usher in the Messiah and a thousand years of peace. This will result in a restoration of “Adamic Consciousness” when all humanity will know the oneness of creation with the creator. In order for this to happen there must be a critical mass of initiates brought into the secrets of Kabbalah through stealth and deception; “nothing less than a worldwide conspiracy.”

And the Lord said unto me, A conspiracy is found among the men of Judah…they are turned back… and they went after other gods to serve them. Jer 11:9-10”