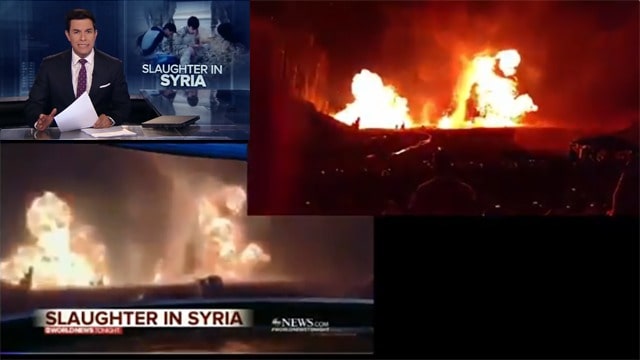 Are you still watching the mainstream news? 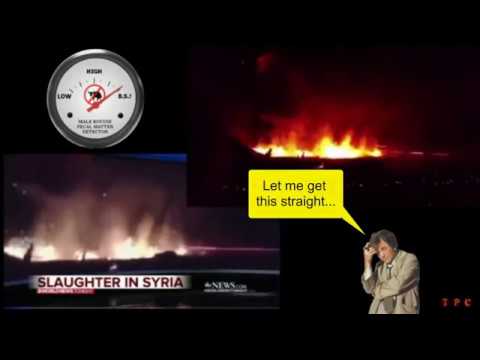 “Wag the Dog” anyone?

ABC News apologized Monday for mistakenly running a video that apparently was taken at a gun range in Kentucky with a report about Turkish attacks in northern Syria.

“We’ve taken down video that aired on ‘World News Tonight Sunday’ and ‘Good Morning America’ this morning that appeared to be from the Syrian border immediately after questions were raised about its accuracy,” the network said in a statement on Monday. “ABC News regrets the error.”

A representative for ABC News declined to comment on how the mix-up had happened.

The clip that accompanied the reports on the bombings showed explosions and smoke dominating the dark horizon. Tom Llamas, an anchor with ABC News’s “World News Tonight” spoke over the footage, which someone reposted on YouTube. “This video, right here, appearing to show Turkey’s military bombing Kurd civilians in a Syrian border town,” Mr. Llamas said. [^^^]

Mistake? Or are they exposing themselves for what they really are? The occult operates “in plain sight.”