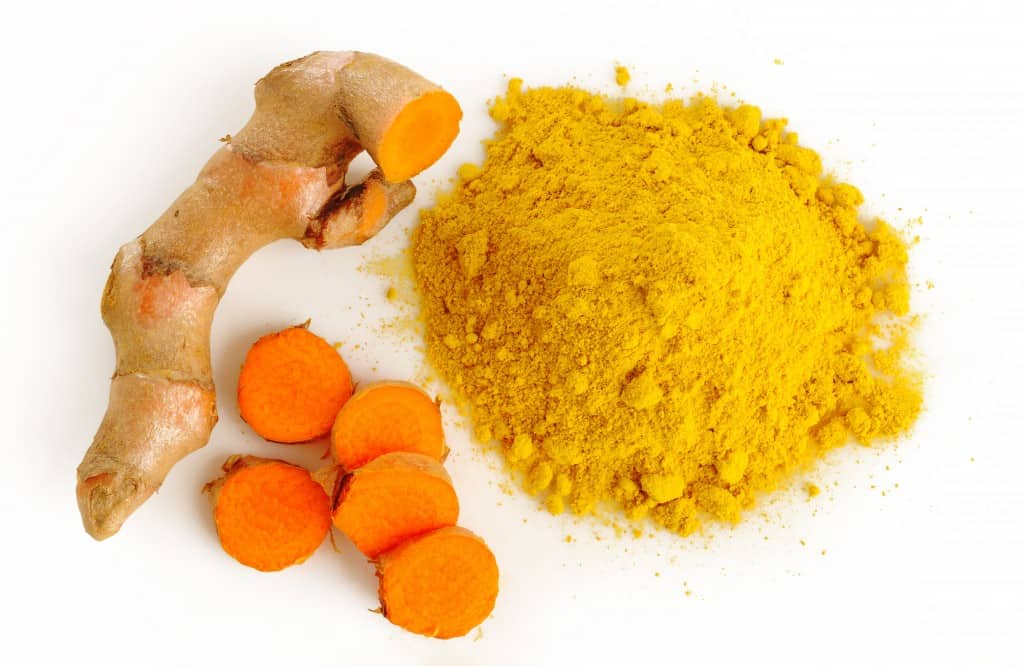 Turmeric has had more studies conducted on it recently which has proven to stop and even cure cancer.3 of 4 Cancer Doctors would NOT take Chemotherapy due to destroying the body and low success rate.

I believe in natural health cures which are kept from the public due to the Trillions in the medical industry from Cancer.  There is too much money in it for them to ever really come out with a Cancer Cure.   Yet there are many cancer cures out there.  I have a page about Hydrogen Peroxide and how it has cured cancer and helps in many different aliments.

Researchers at UCLA found that curcumin — the primary component in turmeric also responsible for its color — exhibited these cancer-blocking properties during a study involving 21 participants suffering from head and neck cancers.
Here are some facts  and links about Turmeric:

http://www.healthdiaries.com/eatthis/20-health-benefits-of-turmeric.html
The active ingredient in turmeric is curcumin. Tumeric has been used for over 2500 years in India, where it was most likely first used as a dye. The medicinal properties of this spice have been slowly revealing themselves over the centuries. Long known for its anti-inflammatory properties, recent research has revealed that turmeric is a natural wonder, proving beneficial in the treatment of many different health conditions from cancer to Alzheimer’s disease.
Here are 20 reasons to add turmeric to your diet:

1. It is a natural antiseptic and antibacterial agent, useful in disinfecting cuts and burns.

3. Prevented breast cancer from spreading to the lungs in mice.

4. May prevent melanoma and cause existing melanoma cells to commit suicide.

5. Reduces the risk of childhood leukemia.

6. Is a natural liver detoxifier.

7. May prevent and slow the progression of Alzheimer’s disease by removing amyloyd plaque buildup in the brain.

8. May prevent metastases from occurring in many different forms of cancer.

10. Has shown promise in slowing the progression of multiple sclerosis in mice.

11. Is a natural painkiller and cox-2 inhibitor.

12. May aid in fat metabolism and help in weight management.

13. Has long been used in Chinese medicine as a treatment for depression.

14. Because of its anti-inflammatory properties, it is a natural treatment for arthritis and rheumatoid arthritis.

15. Boosts the effects of chemo drug paclitaxel and reduces its side effects.

16. Promising studies are underway on the effects of turmeric on pancreatic cancer.

17. Studies are ongoing in the positive effects of turmeric on multiple myeloma.

18. Has been shown to stop the growth of new blood vessels in tumors.

19. Speeds up wound healing and assists in remodeling of damaged skin.

20. May help in the treatment of psoriasis and other inflammatory skin conditions.

Turmeric can be taken in powder or pill form. It is available in pill form in most health food stores, usually in 250-500mg capsules.
Once you start using turmeric on a regular basis, it’s fun to find new ways to use it in recipes. My favorite way to use it is to add a pinch of it to egg salad. It adds a nice flavor and gives the egg salad a rich yellow hue.
Contraindications: Turmeric should not be used by people with gallstones or bile obstruction. Though turmeric is often used by pregnant women, it is important to consult with a doctor before doing so as turmeric can be a uterine stimulant.

The chemical – curcumin – has long been thought to have healing powers and is already being tested as a treatment for arthritis and even dementia.
Now tests by a team at the Cork Cancer Research Centre show it can destroy gullet cancer cells in the lab.
Cancer experts said the findings in the British Journal of Cancer could help doctors find new treatments.
Dr Sharon McKenna and her team found that curcumin started to kill cancer cells within 24 hours.

The Healing Properties of Tumeric
there is a lot more on the site, than what is below
The medicinal applications include harnessing turmeric’s potent anti-inflammatory and antioxidant ability to
These discoveries have encouraged herbalists and naturopaths to use turmeric to treat the above diseases as well as traditional ones.
I have read it clears up the lungs too, it helps with asthma.
I have personally been using turmeric  I drink about a tablespoon in water with black pepper (needed to fully get the healing properties) and it has been helping tremendously with health problems I have had.

I found MountainRoseHerbs has Tumeric besides many other herbs at a very good price.  I paid $10 for a 15 ounce container of Turmeric at a store and they have a pound of it for only $7.00.

The Mountain Rose Herb site has bulk organic spices and everything like that.