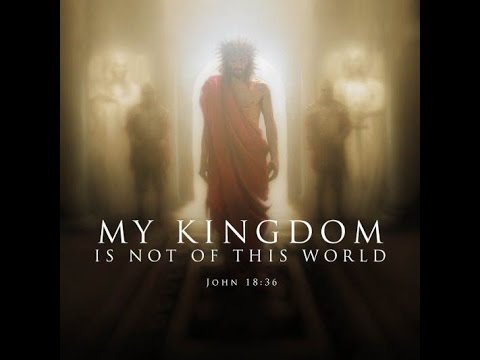 Preach the word; be prepared in season and out of season; correct, rebuke and encourage —with great patience and careful instruction. For the time will come when people will not put up with sound doctrine. Instead, to suit their own desires, they will gather around them a great number of teachers to say what their itching ears want to hear. They will turn their ears away from the truth and turn aside to myths. But you, keep your head in all situations, endure hardship, do the work of an evangelist, discharge all the duties of your ministry (2 Timothy 4:2-5).

Jesus is the Truth – those who reject Him are believing the lie.

Dear children, this is the last hour; and as you have heard that the antichrist is coming, even now many antichrists have come. This is how we know it is the last hour. They went out from us, but they did not really belong to us. For if they had belonged to us, they would have remained with us; but their going showed that none of them belonged to us.

But you have an anointing from the Holy One, and all of you know the truth. I do not write to you because you do not know the truth, but because you do know it and because no lie comes from the truth. Who is the liar? It is whoever denies that Jesus is the Christ. Such a person is the antichrist—denying the Father and the Son. No one who denies the Son has the Father; whoever acknowledges the Son has the Father also (1 John 2:18-23).

The truth dispels all our false hopes and aspirations and leads us humbly to the cross, to faith in Jesus; the only way to be reconciled to God. But the distorted gospel appeals to the itching ears of those who only want success, prosperity, good health and safety in this present world. Think how that might have appeared to the apostle Paul when he was imprisoned, suffering for the the good news of Jesus Christ and the kingdom of God?

They preached the gospel in that city and won a large number of disciples. Then they returned to Lystra, Iconium and Antioch, strengthening the disciples and encouraging them to remain true to the faith. “We must go through many hardships to enter the kingdom of God,” they said. Paul and Barnabas appointed elders for them in each church and, with prayer and fasting, committed them to the Lord, in whom they had put their trust (Acts 14:21-23).

How many sermons have we heard, assuring Christians that they are sons and daughters of the King of kings, and that, as royalty in the world, they should be free of suffering, hardship and even illness, all such suffering being seen an attack of the enemy?

If you suggest to those who follow this false doctrine you’ll likely be rebuked for bringing a negative, faithless message. It’s hard to understand how they can hold that view in face of passages like this one in Hebrews:

In your struggle against sin, you have not yet resisted to the point of shedding your blood. And have you completely forgotten this word of encouragement that addresses you as a father addresses his son? It says,

My son, do not make light of the Lord’s discipline, and do not lose heart when he rebukes you, because the Lord disciplines the one he loves, and he chastens everyone he accepts as his son.

Endure hardship as discipline; God is treating you as his children. For what children are not disciplined by their father? If you are not disciplined—and everyone undergoes discipline —then you are not legitimate, not true sons and daughters at all. Moreover, we have all had human fathers who disciplined us and we respected them for it. How much more should we submit to the Father of spirits and live! (Hebrews 12:4-9).

I’ll say it plainly; Any message teaching the love of this life in the flesh with all its worldly comforts is a false gospel.

How many professing Christians today secretly really love the world more than they love the truth? Now, these same professing Christian rightly believe they are saved by grace alone, but they miss that God’s grace leads to repentance, whereas many use it as a license to continue to sin and find their life in this world, even going so far as to suggest that God’s grace tolerates rebellion against Jesus. Consider what Paul wrote to Timothy.

For I am already being poured out like a drink offering, and the time for my departure is near. I have fought the good fight, I have finished the race, I have kept the faith. Now there is in store for me the crown of righteousness, which the Lord, the righteous Judge, will award to me on that day —and not only to me, but also to all who have longed for his appearing. Do your best to come to me quickly, for Demas, because he loved this world, has deserted me and has gone to Thessalonica  (2 Timothy 4:6-9).

If you’d asked Demas, he would have told you he was a believer and a Christian, but he loved the world and abandoned Paul. How many Christians are like Demas, and believe they love the truth, but secretly love the world? As Pastor Wurmbrand so succinctly stated.

Brothers and sisters, days of testing are soon coming. I don’t say that to spread fear, it’s merely the truth. Will you place your hope in this world or in Christ alone and His heavenly kingdom?