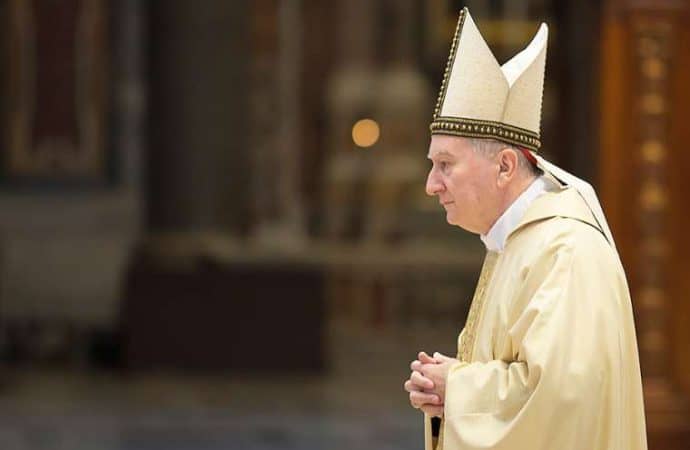 Catholic News Agency reports that a Vatican official will be attending the Bilderberg meeting this year. But more interesting is the list of key topics for discussion this year, including the “post truth” world.

Parolin’s name is included in the list of 131 participants in this year’s event. (continued below)

TURIN, 5 JUNE 2018 –The 66th Bilderberg Meeting is set to take place from 7 – 10 June 2018 in Turin, Italy. As of today, 131 participants from 23 countries have confirmed their attendance. As ever, a diverse group of political leaders and experts from industry, finance, academia and the media has been invited. The list of participants is available on www.bilderbergmeetings.org.

The key topics for discussion this year include:

“Populism” was moved to the top of the meeting’s agenda after being in the eighth place last year, suggesting that the subject has increased in importance.

“Populism is a political philosophy supporting the rights and power of the people in their struggle against a privileged elite.[1] ~ Wikipedia

Statements by Globalists and the largely engineered truth movement would indicate that the topic “the post-truth world” may be interpreted as,

His participation in the meeting has not been officially announced by the Vatican, though sources within the Secretariat of State have confirmed that he is scheduled to take part in the meeting.

It would be the first time high-ranking Vatican official has taken part in the Bilderberg Conferences.

Started in 1954 the Hotel de Bilderberg in Oosterbeek, The Netherlands, and named after the same hotel, the Bilderberg Conference gathers each year some 120-150 participants, among them European and North American political elites, along with industrial, financial, academic and media figures.

The first meeting took place at the invitation of Prince Bernhard of Lippe-Biesterfeld. Co-founders of the meeting were Polish politician Jozef Retinger, former Belgian prime minister Paul van Zeeland, and Paul Rijkens, who was then the head of Unilever.

The success of the first meeting brought the organizers to stage an annual meeting.

According to the groups’ official website, about two-thirds of the participants come from Europe, and the rest from North America, and one-third are political figures or government officials.

The original meeting objective was to strengthen U.S.-European relations. Over the years, the annual meetings became a forum for discussion on a wider range of topics, from ecology to trade and monetary policies.

The Bilderberg meeting’s official website stresses that discussions are private, no minutes are taken and no reports are written.

The meetings are held under the so-called “Chatham House Rules,” an agreement typical of off-the-record meetings among academics or political leaders. According to that agreement, participants are free to use the information received, but they cannot disclose the identity nor the affiliation of speakers, nor can they disclose the other participants taking part in the conversation.

Dubbed by critics to be a kind of “global shadow government”, and targeted by protesters who picket the meeting, the Bilderberg meeting has has an official website since 2011, and publishes the names of participants in the annual meeting the day before the gathering begins.

Parolin’s participation may be an expression of the “culture of the encounter” encouraged by Pope Francis. The pope has often asked officials to engage a dialogue with the world.

Receiving the Charlemagne Prize May 6, 2016, Pope Francis stressed that ”today we urgently need to engage all the members of society in building ‘a culture which privileges dialogue as a form of encounter’ and in creating ‘a means for building consensus and agreement while seeking the goal of a just, responsive and inclusive society.’”

The cardinal’s participation in the Bilderberg Group could be part of a strategy of dialogue the Holy See is engaging with the small influential elite group.

It is noteworthy that last year, Parolin took part in the World Economic Forum in Davos, and there he delivered a speech in which he listed the aims of pontifical diplomacy.