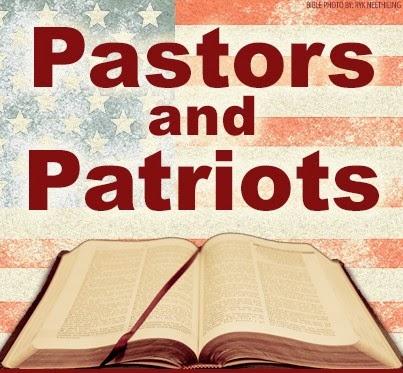 During our Revolutionary era, pulpits in colonial churches were manned by patriots who understood their duty as Pastors and spiritual leaders, and were totally dedicated and committed to that duty! Many people might even be surprised to learn that our US Capital building regularly held public church services on Sunday’s, and did so until well after the Civil War. There are many American Pastors today who share that same commitment to duty and calling as those patriots in the pulpit during our Revolutionary era, and we need to tell these Pastors how much we appreciate them, and pray that they continue to understand what is at stake. However, there are far too many Pastors in America today who, for reasons known only to themselves, are not willing to sound the alarm to those depending upon them to do so, and therein lies the problem!

The message to America’s churches has been that politics are not to be mentioned from the pulpit, and until this world with its confused and distorted values declared open warfare on Christianity almost six years ago, this “no politics from the pulpit” rule had pretty much been observed. However, the time has come for the gloves to come off, for America’s Pastors to recognize their duty as Men of God, and take this battle directly to Satan and his disciples! Whether these enemies of Christianity are operating from the safe confines of the United Nations, or from the assumed comfort of our own White House in Washington DC, this is a challenge that can no longer be ignored!

The realization among Christians in America has been steadily growing that if our Pastors do not speak out and profess the truth from their pulpits, then churches in America will be playing right into the hands of Barack Obama and his anti-Christian Marxistâ€™s. American Pastors have a duty to preach the truth, regardless if that truth involves simply sharing the gospel, or taking a stand when Satan and his disciples declare War on Jesus Christ Himself! Whether the enemy of the church be political corruption, alcohol, drugs, crime, out of wedlock births, poverty, or the War on Christianity, the job of the Pastor remains the same. Stand strong for Christian principles and values, no matter the cost!

Just as the American people had come to expect from our legitimate United States governments of times past when this nation came under attack by its avowed enemies, Christian Pastors must recognize and execute their duty to God and His people, and declare open and unrestricted warfare upon Satan and his disciples in this battle for mankind! Too many Pastors in America today see as their primary duty to grow their churches in membership and revenue, or to promote a false relationship between Christianity and Islam. These Pastors refuse to say anything that might offend those who would possibly withdraw their financial support if the Pastor dares to speak from the pulpit that which must be spoken! Is this what organized religion in America has become, just another willing participant in the sham and shame of political correctness?

America needs more Pastors today like those of the Revolutionary era who spoke the truth from their pulpits on Sunday mornings, then picked up their muskets and long rifles in the afternoon to fight for liberty and freedom! There is nothing wrong with American churches today being financially sound, but when the collection plate dictates that politically correct sermons be delivered from the pulpit, then those Pastors have betrayed their calling! Timid and misguided American Pastors are aiding and abetting the enemy by their silence. While winning the approval of their fair-weather Christians, they confuse and dishearten those who expect their spiritual leaders to sound the alarm! America needs to pray that our Pastors will commit themselves to their duty as spiritual leaders, and become true Patriots in the Pulpit!