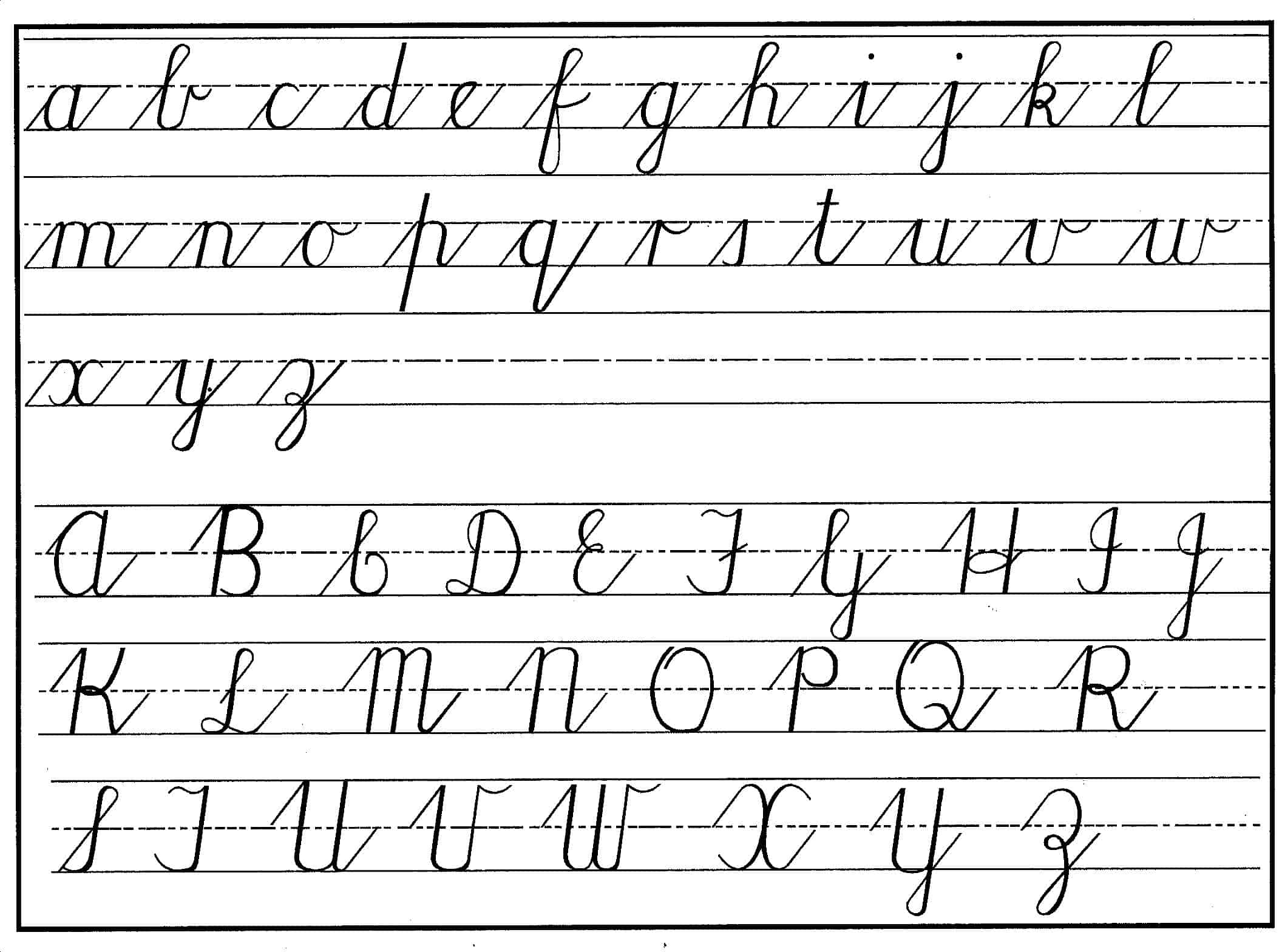 It now costs over $10,000 a year to “educate,” or brainwash, a child in a public school, whereas it costs about $550 to $1,000 a year to homeschool a child. The taxpayer pays nothing for the education of a child at home. Yet, the homeschooling parent must continue to pay the taxes for the public schools. This is just one of the minor injustices that exist in our society in the interest of education.

And the reason why it now costs so much to educate a child in the public schools is that the dumbing-down process is not cheap. It requires costly programs that need frequent upgrading and revision, and it also requires specially trained teachers who are constantly attending expensive conferences and seminars in order to learn how better to dumb down the children.

Let’s just take the subject of teaching a child to read. Back in the old days, before the introduction of the Dick and Jane program, teaching reading was not all that expensive. Teachers taught the alphabet and the letter sounds mainly by using a chalk board, much in the way it was done in the 19th century with Noah Webster’s blue-backed spelling books. Student readers were cheap, and cursive writing helped a child learn to read. But when the progressives created the new look-say, whole-word Dick and Jane books, with their many colorful pictures of Dick, Jane, Sally, and Spot, the new dumbed-down version of reading instruction became expensive. In the old, traditional way, pictures played a very minor part, but with the new look-say method, pictures were indispensable in teaching children how to guess the words by looking at the pictures on the page.

Indeed, when the new Dick and Jane program was introduced in the schools in 1933, during the Great Depression, many schools could not afford it. That was the case in New York City, where the traditional alphabetic-phonics method was used until World War II when the economy revived and the schools now had the resources needed to pay for the new look-say books.

But the new method of teaching reading was just the start of the dumbing-down process. The entire K-12 curriculum had to be revised at enormous cost. And that is why the progressive educators were anxious to get the federal government to pay for all of this. The Elementary and Secondary Education Act of 1965, enacted under President Johnson, provided the billions of dollars the progressives needed. And when the U.S. Department of Education was created in 1979 by President Carter, with its enhanced power to makes grants for everything the educators wanted, the dumbing-down process became one of the richest government gravy trains in American history.

It took Charlotte Iserbyt, a Senior Policy Advisor in the Office of Educational Research and Improvement (OERI) in the Department of Education during the first Reagan administration to blow the whistle on the whole dumbing-down process being financed by grants from the federal government. Before being fired from the department, she was able to fill a U-Haul with documents copied from the department’s files, which she then used in compiling her mammoth book, The Deliberate Dumbing Down of America: A Chronological Paper Trail, first published in 1999.

Iserbyt writes in her Preface that the United States is engaged in a war: not the traditional kind of war, but a new kind that is using psychological methods. This war — about which the average American hasn’t the foggiest idea — has been waged for over a hundred years. She writes:

The reason Americans do not understand this war is because it has been fought in secret — in the schools of our nation, targeting our children who are captive in classrooms. The wagers of this war are using very sophisticated and effective tools: Hegelian Dialectic (common ground, consensus and compromise); Gradualism (two steps forward and one step backward); Semantic deception (redefining terms to get agreement without understanding)….

This war which produces the death of intellect and freedom is not waged by a foreign enemy but by the silent enemy in the ivory towers, in our own government, and in tax-exempt foundations — the enemy whose every move I have tried to document in this book, usually in his/her/its own words.

One such document cited by Iserbyt deals with change agents, the avant garde troops of the progresssives’ army in the educational war:

Ronald G. Havelock’s The Change Agent’s Guide to Innovation in Education was published (Educational Technology Publishing: Englewood Cliffs, New Jersey, 1973). This Guide, which contains authentic case studies on how to sneak in controversial curricula and teaching strategies, or get them adopted by naïve school boards, is the educator’s bible for bringing about change in our children’s values. Havelock’s Guide was funded by the U.S. Office of Education and the Department of Health, Education and Welfare, and has continued to receive funding well into the 1980s. It has been republished in a second edition in 1995 by the same publishers.

In 2011, Iserbyt decided to publish an updated and revised edition of her book. The first edition published in 1999 had 743 pages. This latest edition has been reduced to “only” 461 pages. Iserbyt writes in her update:

For those who wonder if the education change agents have introduced any new programs, methods or ideas during this last decade, the answer is “No.” While we have a new title — No Child Left Behind — it is in fact the carefully planned agenda that was spelled out in a small book published by The American Historical Association. This book entitled Report of the Commission on the Social Studies: Conclusions and Recommendations of the Commission (Charles Scribner’s Sons: N.Y., 1934) was funded by the Trustees of the Carnegie Corporation. Harold Laski, a professor of British Socialism, said of this Report: “At bottom and stripped of its carefully neutral phrases, the Report is an educational program for a socialist America.”

No Child Left Behind, a reauthorization of the ESEA of 1965, was the brainchild of President George W. Bush and Senator Ted Kennedy of Massachusetts. The President’s brother, Jeb Bush, former Governor of Florida, has also gotten into the education reform movement. He organized the Foundation for Excellence in Education, which has held meetings around the country and attracted the attention of such education reformers as Bill and Melinda Gates of the billion-dollar foundation that bears their names. At a meeting in San Francisco in October 2011, Sal Khan, the Silicon Valley genius behind Khan Academy, stated:

My personal belief is there is no one single thing that needs to get done. What it will require is a combination of school choice, Common Core standards, rigorous assessments, consequences for anything less than excellence, and using technology to transform education.

That sounds a lot like President Obama’s own agenda for public education, or an Obama version of No Child Left Behind. School choice means vouchers and charter schools. Of course, in my humble opinion, if my much celebrated Alpha-Phonics reading program (by homeschoolers) and cursive writing were introduced in the first grade of every primary public school in America, it would create an educational revolution, a miracle of revived literacy. Indeed, no high-tech computer technology would be necessary to make this revolution take place.

Ironically enough, members of the high-tech community in Silicon Valley send their own children to a private school where no computers are allowed. According to the New York Times of October 12, 2011:

The chief technology officer of eBay sends his children to a nine-classroom school here. So do employees of Silicon Valley giants like Google, Apple, Yahoo, and Hewlett-Packard.

But the school’s chief teaching tools are anything but high-tech: pens and paper, knitting needles, and, occasionally, mud. Not a computer to be found. No screens at all. They are not allowed in the classroom, and the school even frowns on their use at home.

Why? Because the smart people know that before you can make maximum use of a computer you have to learn to read, write, do arithmetic — the analytic skills — and do a bit of knitting and engage in other artistic endeavors. The school referred to in this article is the Waldorf School, based on the educational philosophy of Rudolf Steiner. According to an article in Wikipedia:

Waldorf education (also known as Steiner education) is a humanistic approach to pedagogy, based on the educational philosophy of the Austrian philosopher Rudolf Steiner, the founder of anthroposophy. Learning is interdisciplinary, integrating practical, artistic, and conceptual elements. The approach emphasizes the role of the imagination in learning, developing thinking that includes a creative as well as an analytic component. The educational philosophy’s overarching goals are to provide young people the basis on which to develop into free, morally responsible and integrated individuals, and to help every child fulfill his or her unique destiny.

Also, part of the plan to socialize America are the grants to Promote Smarter and Sustainable Planning for Jobs and Economic Growth, otherwise known as Agenda 21. All of this is being funded by the U.S. Department of Housing and Urban Development (HUD). In other words, virtually every federal department in Washington is funding the conversion of America into a socialist society.

Charlotte Iserbyt’s great book can now be downloaded free of charge on the Internet. Just make sure you’ve got plenty of paper in your printer.