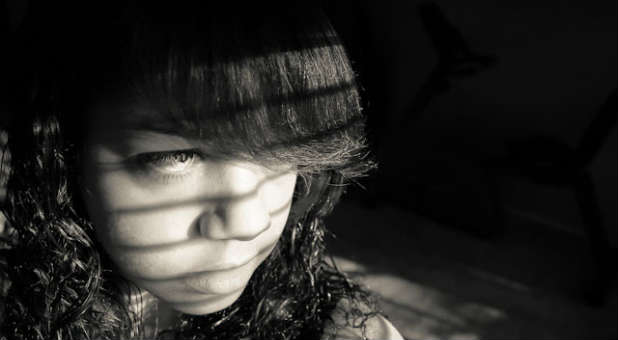 Christians are being called to battle in the U.S. A spiritual battle, that is.

Between December and March, more than 200 teenagers on the Pine Ridge Reservation in South Dakota either committed suicide, or tried to.

“This is beyond anything we’ve ever seen; it’s almost like ‘serial suicides,'” states Ron Hutchcraft of Ron Hutchcraft Ministries (RHM). “This is not just a psychological issue: this is a spiritual battle with spiritual forces.

“The thief—speaking of the devil—’comes to steal, kill, and destroy,’ and this is the result. You’ve got 12-year-old girls hanging themselves. You can’t imagine a 12-year-old deciding to die; they haven’t even lived yet!”

Home to the Oglala Lakota tribe, Pine Ridge is no stranger to bloodshed. The Oglala are “the people of Crazy Horse and Sitting Bull,” Hutchcraft explains.

“Pine Ridge was the site of the Wounded Knee massacre back at the end of the Indian era.”

“There was a woman with an infant in her arms who was killed as she almost touched the flag of truce … a mother was shot down with her infant; the child, not knowing that its mother was dead, was still nursing,” recalled Oglala Lakota chief American Horse in an early 1900s interview.

Bodies were allegedly found as far as three miles outside the Pine Ridge camp.

This is the devastation facing Pine Ridge residents every day. Teen suicide is nothing new here: Pine Ridge’s suicide rate is 150 times the national average, but its frequency has started to grab national attention.

The laments on Facebook would “break your heart,” Hutchcraft says.

“A 13-year-old sixth grader has taken her own life. My heart is breaking already, and the day has just begun.”

“This knife feels so good against my wrist. Ain’t nobody care anyway, my life will be better gone as it is.”

“We just lost another child to suicide. Yahweh, help us!”

Hutchraft says the “suicide spike” is a spiritual problem. Many of the young people who’ve attempted suicide—or are close friends of a suicide victim—”have talked about an increase in spirit activity,” he shares.

“They call them the shadow people or the dark people,” Hutchcraft says. “There are spirit beings—demonic beings—that are stalking the reservation and convincing young people that they are worth nothing … and [that have] started this ‘cloud of death’ over the reservation.”

Lyrics of the Getty hymn “O Church Arise” read in part: O Church, arise and put your armor on, Hear the call of Christ our Captain. Our call to war, to love the captive soul, But to rage against the captor. Will you answer the call?

RHM is sending a team of 20 Native young people to Pine Ridge to share the hope of Christ. It’s an unplanned and early start to their annual “Summer of Hope” outreach.” We really need the prayer of God’s people for this, because this is not just a psychological issue: this is a spiritual battle with spiritual forces. There’s not going to be any way to win this battle on-the-ground, unless it is first won in the heavenlies,” says Hutchcraft.