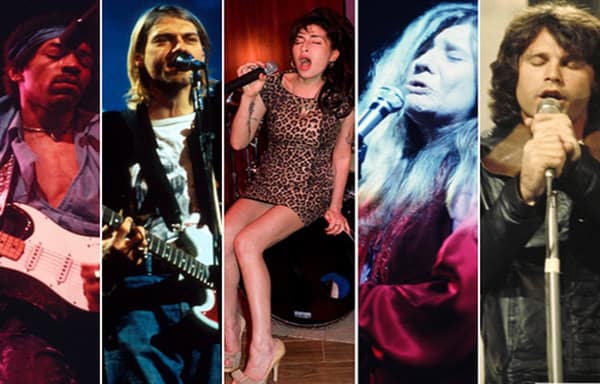 Let’s start off with something current. Katt Williams is interviewed in this video about the recent shooting of Suge Knight. Katt has some interesting things to say about the deaths of several celebrities.

[He] says he was with Suge Knight when he was shot at the pre-VMA party … and the comedian maintains Suge was trying to protect someone else when the bullets started. 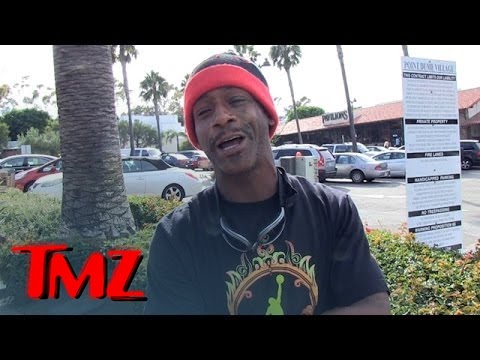 Now let’s go through a list of ‘suspected’ Illuminati sacrifices. Most of these people (you can do the homework yourself, just go to youtube and type in the different names and “illuminati”) are reported to have come out with statements exposing the Illuminati shortly before their deaths.
List found at: Ranker.com
List of Famous People Killed by the Illuminati ranked by fame and popularity. The Illuminati is a secret society that is rumored to control all world events. They are especially influential in the entertainment industry. Many famous people have allegedly been killed by the Illuminati for failure to comply with the plan. Others were killed as blood sacrifices for the greater good of the organization.Who is the most famous person who was killed by the Illuminati? Michael Jackson tops our list. The “Thriller” singer died on June 25, 2009, just days before his comeback concerts were scheduled to take place in London. Jackson is thought to have been a member of the Illuminati, until he started speaking out against them. Before his death, Jackson began to speak out against the powers that be and their need to control everything in the music industry. He also stated that there was a conspiracy to defame him by labeling him a “freak” and a “child molester.” Michael’s sister, La Toya Jackson, said that her brother frequently talked about how “they were trying to kill him.”Several influential men were killed by the Illuminati in the 1960s. John F. Kennedy, Martin Luther King, Jr., Malcolm X, and Robert F. Kennedy were all shot by lone gunmen under mysterious circumstances.

Who do you think is at risk of being killed by the Illuminati next?

Michael Jackson died on June 25, 2009, just days before his comeback concerts were scheduled to take place in London. Jackson is thought to have been a member of the Illuminati until he started speaking out against them. Before his death, Jackson began to speak out against the powers that be and their need to control everything in the music industry. He also stated that there was a conspiracy to defame him by labeling him a “freak” and a “child-molester.”  Michael’s sister La Toya Jackson said that her brother frequently talked about how “they were trying to kill him.”

John Lennon was seen as a threat to many people in power. The INS even attempted to deport him, and the FBI had him under surveillance. Lennon frequently spoke out against the evils of industry, and it is believed that his assassin Mark David Chapman was under Illuminati mind control when he killed John Lennon.

Abraham Lincoln saw big business and corporations as a big threat to him and the Southern Confederacy. The Illuminati planned Lincoln’s assassination to stop him from speaking out against them, and it was carried out on April 15, 1865. Lincoln had been quoted as saying, “The money powers prey upon the nation in times of peace and conspire against it in times of adversity. The banking powers are more despotic than a monarchy, more insolent than autocracy, more selfish than bureaucracy. They denounce as public enemies all who question their methods or throw light upon their crimes.”

The Illuminati wanted to use Kurt Cobain as a mind-control tool, but Cobain was very reluctant to participate in fame  He was seen as a threat to the Illuminati, so they orchestrated his death. Kurt Cobain died from a gun shot would on April 5, 1994. The death was labeled a suicide, but many people have doubted and debated the circumstances.

Jim Morrison was fascinated with the occult, and many believed him to be a reptilian member of the Illuminati. His death was believed to have been constructed by the Illuminati, although other people believe that Morrison is still alive and well, and the Illuminati helped him to fake his death. Morrison supposedly died of a heart attack on July 3, 1971. His death wasn’t reported in the media until three days later, and many people have claimed to have seen Morrison in seedy places all over the world since then.

Many people believe that John F. Kennedy, Jr., like his father, was killed by the Illuminati. Rumor has it that JFK, Jr. had information that proved that the CIA and George H. W. Bush were directly involved in the assassination of his father. Allegedly, Kennedy was preparing to publish this information at the time of his death. He died in a plane crash on July 16, 1999.

Like Martin Luther King, Jr., Robert F. Kennedy was seen as a great threat to the Illuminati’s plans for a war in Vietnam. He was killed on June 6, 1968, by a lone gunman.

It is believed that Tupac Shakur sold his soul to the Illuminati in order to have success. Once he had a public outlet, Shakur was able to speak about anything he wanted, even if it did not align with the Illuminati’s vision. Many believe that Tupac’s death was both a sacrifice and a way to quiet his objections to TPTB. Shakur was killed on September 13, 1996.

It is rumored that Grace Kelly’s marriage to Rainier III, Prince of Monaco, was arranged by the Illuminati. She was killed when she was no longer needed, and her death was seen as a sacrifice. Grace Kelly died in a car “accident” on September 14, 1982.

Malcolm X was a very influential man and a great threat to the Illuminati. He spoke frequently, promoting a revolt against the “power structure” by using “extreme measures.”  Malcolm X was assassinated on February 21, 1965.

Frank Zappa frequently spoke about TPTB using mind control in music, film, news, and politics. The first attempt on Zappa’s life came in 1971, when he was attacked during a concert. Many believe that he was purposefully injected with cancer, which killed him on December 4, 1993.

The death of Amy Winehouse was an Illuminati sacrifice. In her last interview, Winehouse was asked if the music company tried to mold her into anything in particular. She responded that one individual tried to make her into the shape of a triangle, and she said “no.” A pyramid is a well-known Illuminati symbol. Amy Winehouse died of a suspected drug and alcohol overdose on July 23, 2011.

Bob Marley was seen as an influential figure by many all around the world. Through his music, he promoted love, happiness, and togetherness, all things that do not fit into the Illuminati’s agenda. Many believe that Marley was injected with a rare form of cancer by people who wanted to silence him. He died on May 11, 1981.

The Royal family are a very prominent family in the Illuminati. When Princess Diana and Prince Charles separated, it was an embarrassment for the Royals. Princess Di was beloved amongst the people of England and the world, and since she was no longer associated with the Royals, she had to go. She was killed in a car accident on August 31, 1997.

Bruce Lee often spoke of being watched by a demon. His death was suspected to have been an Illuminati sacrifice. Bruce Lee died suspiciously of an allergic reaction to prescription pills on July 20, 1973.

Jimi Hendrix was labeled a subversive person by the U.S. government, which employs many members of the Illuminati. He was very paranoid in the days leading up to his death, and he often spoke about dying before he reached the age of 30. Jimi Hendrix died after choking on his own vomit on September 18, 1970.

Brandon Lee’s death, like his father’s, is suspected of being an Illuminati sacrifice.  Lee’s final movie The Crow is filled with Illuminati symbolism. He was accidentally shot to death on the set of The Crow on March 31, 1993.

Buddy Holly, Ritchie Valens, and The Big Bopper were all killed in a plane crash that is believed to have been an Illuminati sacrifice. They died on February 3, 1959.

Ritchie Valens, Buddy Holly, and The Big Bopper were all killed in a plane crash that is believed to have been an Illuminati sacrifice. They died on February 3, 1959.

The Big Bopper, Buddy Holly, and Ritchie Valens were all killed in a plane crash that is believed to have been an Illuminati sacrifice. They died on February 3, 1959.

Lee Harvey Oswald is believed to have been a victim of the Illuminati. Oswald was under Illuminati mind control when he participated in the assassination of John F. Kennedy. He was later killed, so as to not to expose the truth of who ordered the murder. Oswald was killed on November 24, 1963.

My condolences go out to Joan’s family and loved ones. She was a great talent. 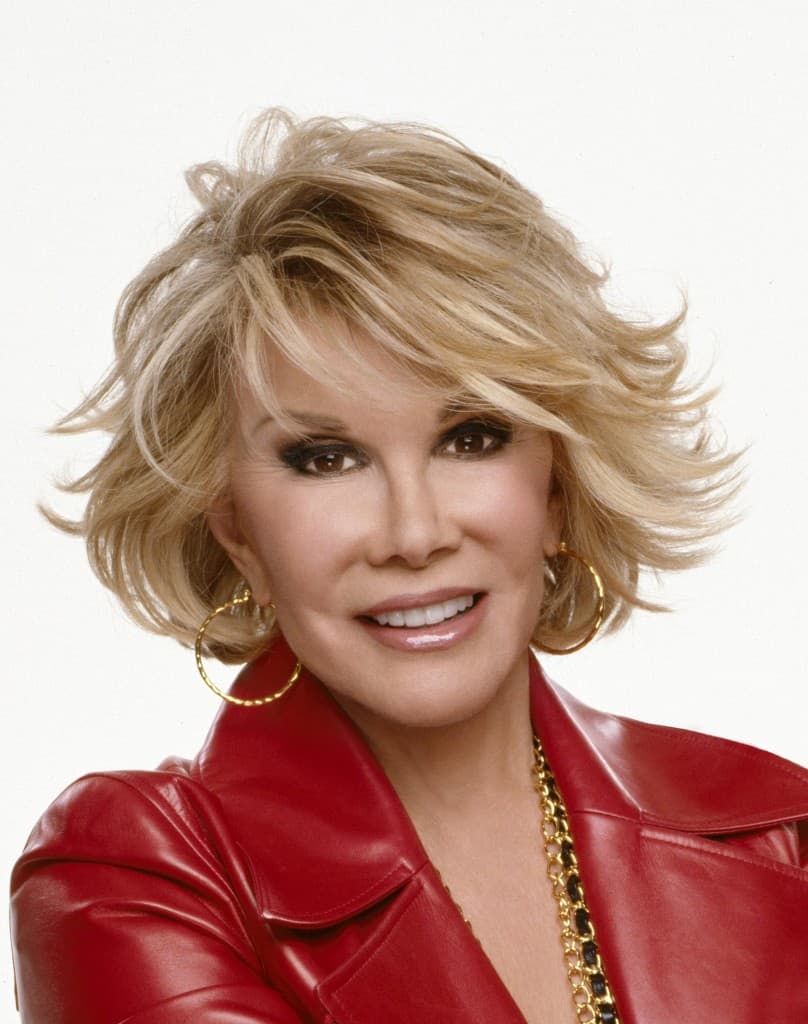