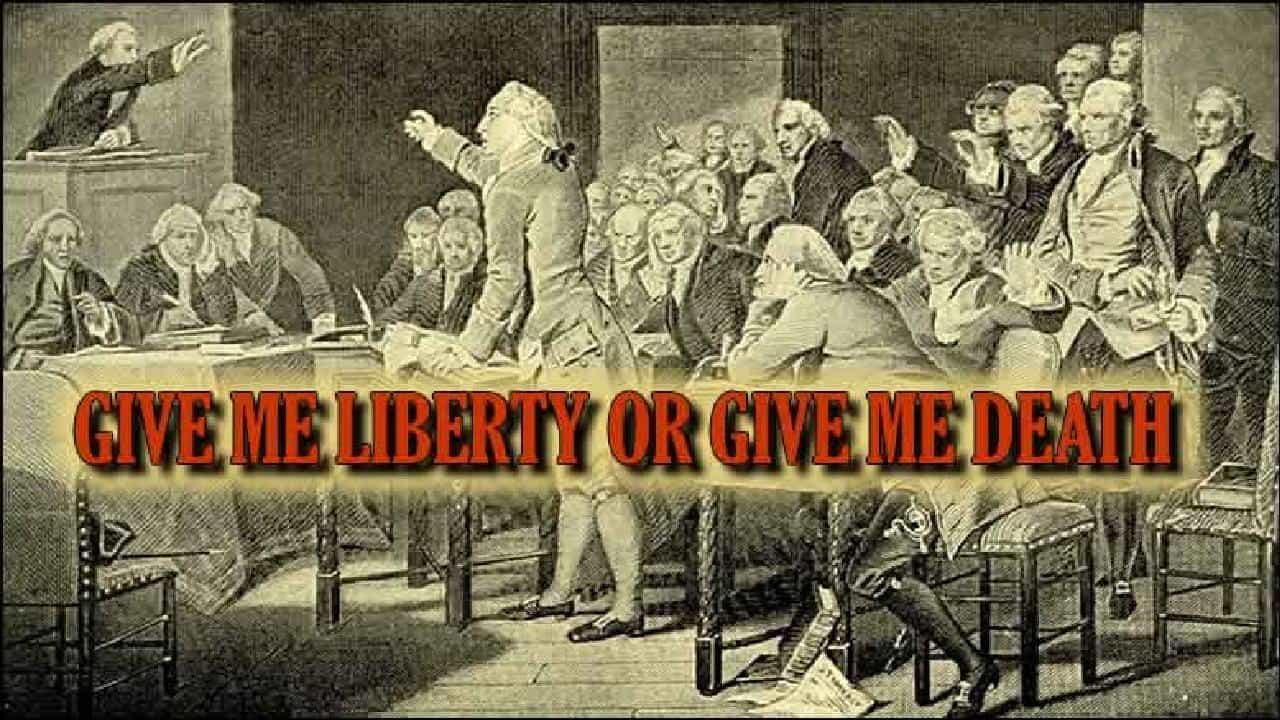 On this day in 1775, Patrick Henry delivered the most famous speech ever given on American soil. It was his immortal “Give Me Liberty Or Give Me Death” speech. He gave the speech to the Virginia House of Burgess in Richmond. The question before the delegation was whether the Colony of Virginia would join the fight for independence from Great Britain.

Toward the beginning of his powerful presentation, Patrick Henry said,

“Mr. President, it is natural to man to indulge in the illusions of hope. We are apt to shut our eyes against a painful truth, and listen to the song of that siren, till she transforms us into beasts. Is this the part of wise men, engaged in a great and arduous struggle for liberty? Are we disposed to be of the number of those who, having eyes, see not, and having ears, hear not, the things which so nearly concern their temporal salvation?

“For my part, whatever anguish of spirit it may cost, I am willing to know the whole truth–to know the worst and to provide for it.”

Indeed, awakening people to “the whole truth” is in large part what must take place before any people can be sufficiently motivated to fight for liberty. And that is not nearly as easy as it sounds. Truth can often be as Henry describes it: “painful.”

And it is very painful to wake up and realize that most of the so-called crises in both domestic and international affairs are completely manufactured and concocted by the very same government that comes charging in on a white horse to ostensibly solve the crises. Let me say it plainly: our federal government spends trillions of taxpayer dollars and thousands of American lives fighting wars, conflicts, terrorism, and crises OF ITS OWN MAKING.

Once in awhile, a local newspaper or television newscast will do a bit of independent, objective journalism and shed a little light of truth amidst the gargantuan darkness of a controlled press. It doesn’t happen very often, and usually when it does, the poor little publisher, editor, or manager will find themselves quickly out of a job. But whether it’s a complete accident (you know, some naïve journalist or editor thinks he or she is supposed to be an objective, honest investigator and proclaimer of truth) or whether it’s a sudden act of raw courage, sometimes a story leaks out that shows the “painful truth” that Patrick Henry talked about. Such a story came out of Kansas City recently.

According to The Kansas City Star, the vast majority of so-called foiled terrorist plots in the U.S. were actually contrivances of the FBI. The plots invoking the name ISIS or Al Qaeda were actually the invention of FBI agents carrying out elaborate sting operations.

Reportedly, in recent terrorism investigations in Wichita and Kansas City, the alleged terrorists were unknowingly following the directions of undercover FBI agents who supplied fake bombs and came up with the key elements of the plan.

And listen to this: of 126 ISIS-related cases prosecuted by federal authorities across the country, almost two-thirds involved undercover agents or informants.

And did I mention that the FBI actually took over a child pornography website for several weeks using the photos and videos of real children? Well, it did. In fact, while the FBI was distributing the child pornography, they actually upgraded the site by making it faster and more accessible. The FBI distributed at least 48,000 photos and 200 videos of child pornography. Imagine if one of those images was a photo or video of YOUR child. Imagine! A federal law enforcement agency that ostensibly is dedicated to protecting American lives–especially children’s lives–sexually exploited thousands of little boys and girls–all under the rubric of catching pedophiles, of course. But by sexually exploiting these little children, I contend those FBI agents did in fact become pedophiles themselves. But they carry badges, so that makes it okay. And if you don’t believe what I’m telling you, look it up for yourself.

And did I mention that FBI and ATF agents sold arms to Mexican drug cartels that wound up using those arms to kill innocent civilians on both sides of the border as well as U.S. Border Patrol agents? Well, they did. And, oh yes, the money used for these illegal and immoral weapons transfers came out of the FBI’s annual taxpayer budget. Of course, not a single agent from the ATF or FBI was ever held to account. Again, look it up for yourself.

And did I mention that FBI agents gunned down innocent Branch Davidians, including elderly men, women, and children as they fled the burning buildings (fires that the FBI started) near Waco, Texas? As horrific as it sounds (and is), that is exactly what they did. And again, not a single agent was brought to justice.

And did I mention that an FBI sniper shot Vicki Weaver in the head while she held her little baby in her arms as she stood in the doorway of her own kitchen? (This happened near Ruby Ridge, Idaho.) Well, he did. And the dog who lined this young mother up in his high-powered scope, and as cold as a Great White Shark squeezed the trigger, was never held accountable. He was initially charged with involuntary manslaughter in State court, but a federal prosecutor successfully had the case moved to federal court where the charge was summarily dismissed.

This follows the pattern that the CIA uses globally. The CIA–along with covert agents from Israel, Saudi Arabia, and Great Britain–uses fake Muslims to create terror groups such as ISIS and Al Qaeda. Some of the terrorists are paid mercenaries with absolutely no religious persuasion one way or the other; others are Arabs and Muslims who are sick and tired of seeing their loved ones killed and maimed in relentless bombing raids and drone attacks by the U.S. and Israel and are, therefore, easy targets for CIA and Mossad agitators to recruit into terrorism; and others are mentally unstable CIA stooges.

Regardless, the arms, equipment, intelligence, plans, etc., being fed to Middle Eastern terror groups come straight out of Langley, Virginia, and Tel Aviv, Israel. Washington, D.C., needs the war on terror as justification for building its military/industrial/surveillance complex (aka the domestic Police State and global “New World Order”), and Tel Aviv needs the war on terror to defeat those pesky Arabs in Iraq, Syria, Jordan, and Iran who stubbornly resist its plans for a “Greater Israel.”

Plus, Zionists are expert at pitting their two most hated peoples (Christians and Muslims) against each other. Furthermore, Saudi Arabia knows that the Zionists’ love of money is even greater than its hatred for Muslims and that they are therefore willing to look past Saudi Arabia’s Sunni Muslim religion in order to help King Salman try and rid the Middle East of his most hated enemy: the Shia Muslim epicenter, Iran. And who knows: Saudi Arabia might have even struck a deal with Israel to cede its northern territory to the “Greater Israel” in exchange for Israel’s help in destroying Iran and Syria. Of course, at some point everyone must deal with Egypt; but I am seriously digressing now.

Back on point: I also suspect that the vast majority of the mass shootings in the U.S. are likewise concocted and carried out by stooges of the CIA and FBI.

One of the best things that could happen for the future peace and happiness of the people of the United States (and world) would be for the CIA and FBI to be completely disbanded. These are totally unconstitutional agencies to begin with. If one wants to “drain the swamp,” that would be a good place to start. But why stop there?

And while we are at it, we should close the vast majority of the 800 U.S. military bases in at least 160 countries all over the world (source: military scholar David Vine; by contrast Britain, France, and Russia have about 30 foreign bases combined, according to Vine), and bring our troops HOME–which would mean we wouldn’t need to spend HALF of the entire federal budget on entangling alliances, Deep State assassinations, regime changes, goading nations into wars-for-profit, nation-building, and fighting wars of aggression for the Zionist-apartheid State of Israel.

The painful truth discussed in this column is just the tip of a very large iceberg. I wonder what Patrick Henry would say today.

P.S. I am very happy to report that the book I began offering in last week’s column is being wildly requested. So many people want it, we are having difficulty keeping the book in stock. The book is entitled “Judaism’s Strange Gods” by Michael Hoffman.

Hoffman documents his provocative thesis that Judaism is not the religion of the Old Testament, but the newly formalized belief system of the Pharisees, which arose in Babylon with the commitment of the formerly oral “tradition of the elders” to writing, in the wake of the crucifixion of Israel’s Messiah and the destruction of the Temple.

This book shows that Judaism’s god is not the God of Israel, but the strange gods of Talmud and Kabbalah.

Christian bookstores are packed with tomes purporting to unmask the religion of Islam, but not one slim volume will be found delving into the depravities of Orthodox Judaism.

Some of the chapter topics in this book include:

As I said last week, if you don’t read another book this year besides the Bible, READ THIS BOOK.

P.P.S. As this column went to press, we were informed by Mr. Hoffman that the demand of his book from my promotion has completely depleted the stock of books on hand.

Therefore, when the few books we have on hand are gone, no more will be available until May.

We will fill orders for “Judaism’s Strange Gods” while our supply lasts on a first come, first served basis. 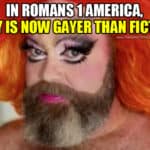 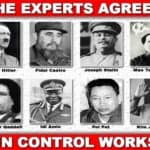 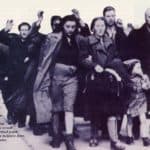 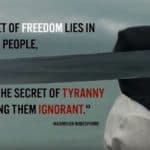