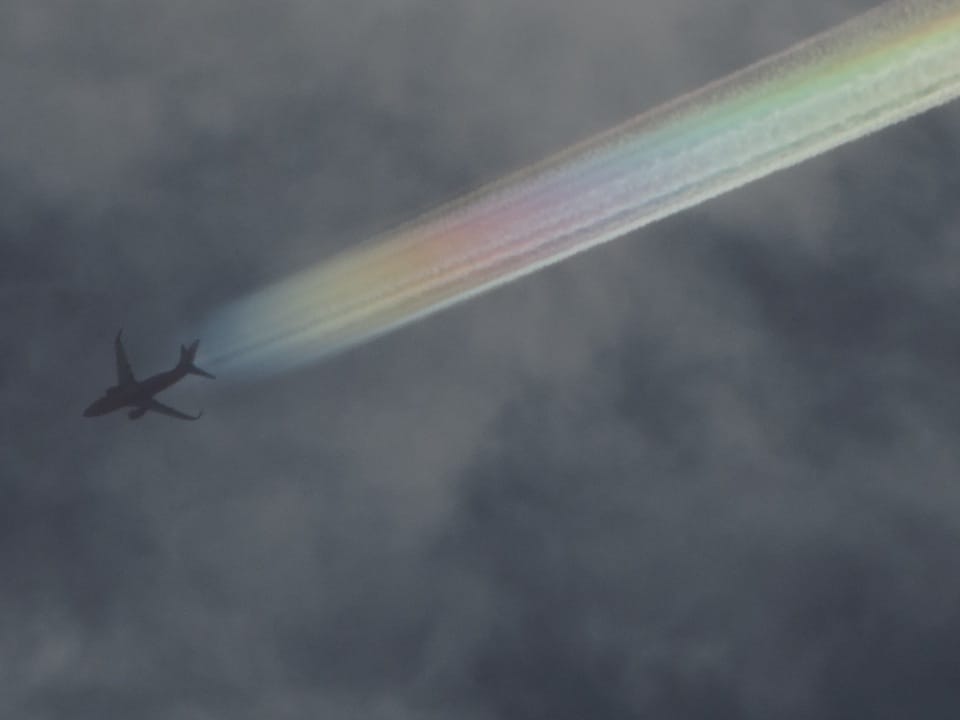 WND, having been shown many times over to be “controlled truth”, is pulling back the covers on geoengineering. Interesting timing in light of the upcoming Climate Conferences (Dec 2015) in Paris.
Chuck Norris | WND | Nov 1, 2015

On Dec. 27, 1820, Thomas Jefferson wrote about his vision for the University of Virginia (chartered in 1819) what should really be a statement of belief at the heart of every American education and scientific enterprise, “This institution will be based on the illimitable freedom of the human mind. For here we are not afraid to follow the truth wherever it may lead, nor to tolerate any error as long as reason is left free to combat it.”

Is it a coincidence that in recent weeks, Washington elite have placed “gag orders” on agency employees about the inner workings of the following federal groups: “The National Weather Service,” the “National Oceanic and Atmospheric Administration” and the “U.S. Department of Commerce.”

That is why Bill Hopkins, executive vice president for the National Weather Service Employees Organization, or NWSEO, recently filed with U.S. Special Counsel to lift the multiple nondisclosure policies on the National Weather Service, saying, “As a taxpayer, I find it highly disturbing that a government agency continues to push gag orders to hide how they operate. This is the work of the American government, owned by the American public, and should be open to the American public.”

The free speech and public information clampdown on government employees comes largely as a result of the increased pursuit of citizens seeking truth about geo-engineering: the artificial modification of Earth’s climate systems.

To be more specific, geo-engineering is the artificial modification of Earth’s climate systems through two primary technologies: Solar Radiation Management, or SRM, and Carbon Dioxide Removal, or CDR.

CDR technologies include “bio-energy with carboncapture and storage, biochar, direct air capture, ocean fertilization and enhanced weathering,” according to Wikipedia.

Stratospheric sulfate aerosols “create a global dimming effect [that] has made them a possible candidate for use in solar radiation management climate engineering projects to limit the effect and impact of climate change due to rising levels of greenhouse gases. Delivery of precursor sulfide gases such as sulfuric acid, hydrogen sulfide (H2S) or sulfur dioxide (SO2) by artillery, aircraft and balloons has been proposed.”

Chemtrailing is the “public’s term for the classified [covert] and ongoing artificial modification of Earth’s climate systems using reflective nano-materials (aerosols) to reflect sunlight. The aerosols are dispersed via jet aircraft trails that expand into reflective artificial clouds.”

Critics might accuse popular proponents like Dane Wigington (Geoengineeringwatch.org) of being conspiratorial, but there’s global scholarship to back many of his claims.

Chuck Norris provides real solutions to our county’s problems and a way to reawaken the American dream in his best-seller, “Black Belt Patriotism.”

Dr. Coen Vermeeren is professor of aviation and aerospace engineer at the Delft Institute of Technology, also known as TU Delft, which is the largest and oldest Dutch public technical university, located in Delft, Netherlands. In 2010, Dr. Vermeeren presented his findings regarding a 336-page report titled, “Case Orange,” which details evidence for Covert Stratospheric Aerosol Geoengineering (aka “Chemtrails”). The report was compiled by the Belfort Group, based upon the prolific scholarly and scientific work by Georges Belfort, institute professor for the Howard P. Isermann Department of Chemical and Biological Engineering and Center for Biotechnology and Interdisciplinary Studies Rensselaer Polytechnic Institute.

Vermeeren’s conclusions about the report at the end of his speech were these: 1) There are extensive amounts of verifiable references in it, 2) it is a proper investigation; 3) conclusions are well backed up by the research, 4) not all of the ongoing discussion is brought into the research, 5) recommendations are valid, and 6) although most evidence could be described as circumstantial, 7) health issues could (should) be further discussed.

Dr. J. Marvin Herndon is an American interdisciplinary scientist who earned his bachelor of arts degree in physics in 1970 from the University of California, San Diego, and his doctoral degree in nuclear chemistry in 1974 from Texas A&M University. He wrote an article that was reviewed and published on Aug. 11, 2015, in the International Journal of Environmental Research and Public Health, titled, “Evidence of Coal-Fly-Ash Toxic Chemical Geoengineering in the Troposphere: Consequences for Public Health.”

The abstract from the article explains its heart: “The widespread, intentional and increasingly frequent chemical emplacement in the troposphere has gone unidentified and unremarked in the scientific literature for years. The author presents evidence that toxic coal combustion fly ash is the most likely aerosolized particulate sprayed by tanker-jets for geoengineering, weather-modification and climate-modification purposes and describes some of the multifold consequences on public health. Two methods are employed: (1) Comparison of 8 elements analyzed in rainwater, leached from aerosolized particulates, with corresponding elements leached into water from coal fly ash in published laboratory experiments, and (2) Comparison of 14 elements analyzed in dust collected outdoors on a high-efficiency particulate air (HEPA) filter with corresponding elements analyzed in un-leached coal fly ash material. The results show: (1) the assemblage of elements in rainwater and in the corresponding experimental leachate are essentially identical. At a 99% confidence interval, they have identical means (T-test) and identical variances (F-test); and (2) the assemblage of elements in the HEPA dust and in the corresponding average un-leached coal fly ash are likewise essentially identical. The consequences on public health are profound, including exposure to a variety of toxic heavy metals, radioactive elements, and neurologically-implicated chemically mobile aluminum released by body moisture in situ after inhalation or through transdermal induction.”

Interestingly, on Sept. 2, 2015, just two weeks after it was published, Dr. Herndon’s entire 16-page scientific article was suddenly and completely retracted from the journal based upon only two chemical composition questions and an overarching explanation with no further explanation than: “The language of the paper is often not sufficiently scientifically objective for a research article.”

Whether you’re conservative or liberal, whether you believe in global warming or think it’s a bunch of stratospheric garbage, is there anything right about releasing chemical aerosols in the air above humans?

Dr. William R. Travis who is an associate professor of geography at the University of Colorado-Boulder and was director of the Center for Science and Technology Policy Research from 2008-2013, spearheaded the report, “Geo-Engineering the Climate: Lessons from Purposeful Weather and Climate Modification.”

In the report, Travis explains: “Serious efforts have been made in the past century to change the climate of whole regions (the shelter-belt program on the U.S. Great Plain; snow-pack augmentation in the Southwest), and to routinely alter the meteorology of snow, rain, fog, and hail at least locally; we even attempted to modify hurricanes.  Weather and climate modification is currently practiced at local to regional scales around the world, in dozens, if not hundreds of operations. Weather modification will surely be ramped up if global warming is perceived as worsening weather – and climate-related problems (e.g., concerns about water supplies in the American Southwest have already evoked increased cloud seeding.) … Precipitation enhancement has long been the focus, but atmospheric engineering schemes have gone well beyond rainmaking. The Soviet Union in particular advanced large-scale efforts to reduce hail, tornadoes, and drought, and China has a far flung weather modification program today. The United States government has conducted both experimental and operational cloud seeding for various goals, and embarked on an effort to reduce hurricane intensity. … Some of these efforts, by virtue of their long-term implementation, have ostensibly changed the climate of those places – some stream basins in the Sierra Nevada have been seeded almost every winter for over half a century.”

Dr. Travis adds, “Fleming’s (2007) dismissive Wilson Quarterly piece casts past weather and climate modifiers as arrogant ‘Titans’ with no regard for social or environmental consequences.  Discussing a 1965 proposal to increase the Earth’s albedo with bright particles spread across the tropical oceans (among the first serious global warming geo-engineering schemes), Fleming claims that ‘No one thought to consider the side effects of particles washing up on tropical beaches or choking marine life, or the negative consequences of redirection hurricanes, much less other effects beyond our imagination.  And no one thought to ask if the local inhabitants would be in favor of such schemes.’”

Travis concludes: “… And certainly similar concerns attach to geo-engineering.  Evidence that stratospheric aerosols might reduce the South Asian Monsoon raise the specter of potential harm to especially vulnerable populations. … aggregate climate change (cooling plus warming) across the globe … might achieve their goal [but] losers might be legion even in an effective program.”

The facts are that geo-engineering makes our world its test tube with humans as its primary guinea pigs. What’s a further travesty, as Dr. Travis concluded, is that the entire science “rests on a mixture of slender, but encouraging, scientific substantiation and skeptical analysis as well as sincere but also wishful, thinking.” (And that’s only referring to the science and overt climate missions.) What’s even more maddening is that the covert missions and their purposes remain locked behind governmental doors with anyone who knows anything restrained by gag orders.

Why are geo-engineering researchers being stonewalled? Why doesn’t our government fully disclose what it is doing in the skies above us? Does that sound like the United States our founders started?

I leave you again with the words of Thomas Jefferson: “For here we are not afraid to follow the truth wherever it may lead, nor to tolerate any error as long as reason is left free to combat it.”
Read more at http://www.wnd.com/2015/11/why-are-geo-engineering-researchers-being-stonewalled/#sHYJmFFI9LWzUx7U.99