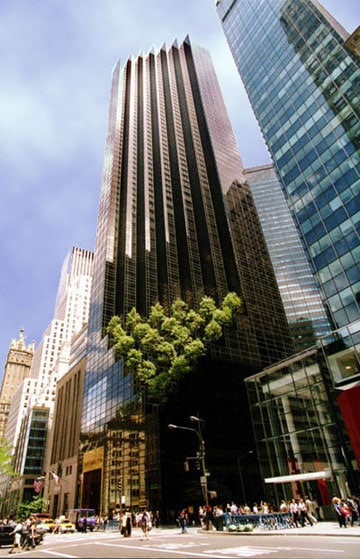 Be sure not to miss the article about Donald Trump and Trump Tower here.

From the beginning, there have been several things that have bothered me about Donald Trump. Perhaps my biggest concerns have always been how genuine Trump is and, if he is genuine, how much he truly understands about “the swamp” he promised to drain.

President Trump has appointed numerous big-government, pro-war neocons to his administration. In just two months, Trump has appointed more individual members from the CFR–and people from corporations belonging to the CFR–to his administration than Barack Obama did during his entire eight years in the White House. That is very troubling. The CFR is perhaps the preeminent globalist organization on the planet. How can Trump talk about putting America first when he litters his administration with people who are sympathetic to subjecting the United States to the globalist agenda?

While decrying the methods and motives of the CIA (Bravo!) on one hand, Trump turns around and gives this deepest of Deep State entities the authority to carry out assassinations around the world WITHOUT Pentagon or White House approval or oversight.

In other words, President Trump has given CIA Director Mike Pompeo the power to launch drone attacks against anybody he wants to–with NO accountability to anybody (all in the name of the “war on terror,” of course). This means Pompeo is probably the most dangerous and unaccountable human being on earth right now. Without a doubt, this is one of the most draconian decisions an American President could ever make. Imagine what the outcry would be if Barack Obama or Hillary Clinton were to make such a decision. As it is, you are probably learning about it for the first time as you read it right now. (Notice we have to read about this from a foreign news agency because the U.S. media totally ignores these kinds of stories–as do conservative publications and websites.)

We know now that the clandestine attack that got one of our Special Forces troops killed in Yemen was conducted by the CIA. We also know that our forces killed at least a dozen or more innocent civilians and children in that raid. But no one wants to talk about that either.

The CIA was never intended to be a paramilitary organization. It was supposed to be an international intelligence gathering agency similar to the FBI except on a much broader scale. Obviously, the CIA has grown into an international killing machine. And Donald Trump has just given CIA Director Pompeo a permanent get-out-of-jail-free card. If Mike Pompeo were remotely honest, he would never have accepted such raw, unaccountable power. Can you imagine?

Furthermore, Donald Trump has sent U.S. Special Forces troops and Marines into Syria. The Syrian government has given NO consent for American troops to enter its country and considers the presence of our troops to be an invasion. Therefore, the very act of sending U.S. armed forces into Syria is illegal and unconstitutional. The LAST thing the American people elected Trump for was to start another Middle Eastern war.

Illegally placing U.S. fighting men on foreign soil where they are not invited or welcomed is NOT the action of a President who intends to “live in peace” with foreign countries, as he said was his intention when he was campaigning for office. Imagine what the American people would do should any foreign power inject its fighting men onto U.S. soil without America’s consent.

I wonder, too, just who our military forces will be targeting in Syria. After all, our government (via the CIA) has been surreptitiously assisting Al Qaeda and ISIS in both Iraq and Syria for years. You can bet your bottom dollar, our troops are NOT going to be assisting the Syrian army. So why in the H-E-double-hockey-sticks are our troops there?

The fact is, the Syrian army–with the help of Russia–has ISIS on the run. They are destroying ISIS as we speak. Even a few news sources in the western media are reporting the significant decline of ISIS. It is no hyperbole to say that Russia and Syria have ISIS on life support. If Donald Trump truly wants to defeat ISIS, all he needs to do is just stay out of the way and let Vladimir Putin and Bashar al-Assad take care of it.

Then there is Obamacare Lite, also known as Obamacare 2.0 or Ryancare. This thing is a monstrosity! Everybody, and I mean everybody, knows that Paul Ryan’s proposed healthcare bill is nothing but a huge payoff to the insurance companies.

Senator Rand Paul (R-Kentucky) and Tom Cotton (R-Arkansas) and Congressman Dave Brat (R-Virginia) and Thomas Massie (R-Kentucky) have come out strongly against Ryan’s pseudo-Obamacare replacement bill. So have countless others. Congressman Massie’s quote is the most honest and accurate. He says Ryancare is “a stinking pile of garbage.” Congressman Brat pulled away the curtain by boldly saying that Ryancare “is designed to save the insurance companies.”

Writing for Breitbart.com, Katie McHugh wrote an excellent analysis of the certain disaster that would ensue should Ryancare become law. Her report is entitled “7 Reasons Why Obamacare 2.0 Is All But Guaranteed To Impose Crushing Costs On Voters, Hurt Trump’s Base, And Hand Power Back To The Democrats.”

7 Reasons Why Obamacare 2.0 Is All But Guaranteed To Impose Crushing Costs On Voters, Hurt Trump’s Base, And Hand Power Back To The Democrats

Repealing Obamacare was one of the major tenets of Donald Trump’s campaign. Paul Ryan’s bill doesn’t repeal Obamacare; it just gives it a new name. So, why then is President Trump cajoling Congress to pass the stupid thing?

Recently on MSNBC’s “Morning Joe” program, Senator Rand Paul said that “every conservative that’s come out publicly opposed” to the Obamacare replacement “has been called by the White House [that’s Donald Trump] and is being cajoled and wooed by the White House to give in.”

Rand: WH Trying To Cajole And Woo Conservatives ‘To Give In’ On Obamacare Replacement

Paul Ryan is the consummate neocon. He makes John Boehner look GOOD. Ryan was one of Donald Trump’s fiercest opponents within the Republican Party during the primaries. Now Trump is twisting arms in the GOP caucus in order to secure their votes in SUPPORT of Ryan’s bill–a bill that is nothing more than an Obamacare rework? Why? Why would Trump do this–if he was sincere about what he said on the campaign trail, I mean?

Where, oh where, are Donald Trump’s manly parts?

No one has seen them. There are no solid leads. Every jar in the 202 and 212 area codes has been inspected, and they’re not there. There are rumors that Trump was really being wire-tapped in an attempt to find out where he lost them, but that cannot be confirmed or denied. We’re barely halfway through the first 100 days, and already Trump has backed down on the following:

*He’s not going to arrest “crooked Hillary” and “locker her up” after all.

*He’s not going to repeal Obama’s unconstitutional (see that as illegal) executive amnesty (DACA) after all.

*After saying throughout the campaign it was weak and dumb to show your plans and give a heads up to your enemies, his new (and watered down) immigration executive order gives jihadists a 10-day warning before being implemented.

*He’s siding with weak House GOP leadership in not repealing Obamacare as promised, and instead replacing it with something that could even be worse.

*His RNC leadership team looks like a Who’s Who of the establishment, including the name Henry Barbour. The man who orchestrated one of the worst betrayals ever of the grassroots–the literal stealing of the 2014 Mississippi senate primary.

*He still hasn’t lifted a finger to protect religious liberty. No repeal of the Johnson Amendment. No executive order. Not even a reference in his recent congressional speech to the Left’s attempt to destroy the lives of believers like Barronelle Stutzman.

In Search Of … Trump’s Manly Parts

All of this goes back to what I said at the beginning of this column: perhaps my biggest concerns have always been how genuine Trump is and, if he is genuine, how much he truly understands about “the swamp” he promised to drain.

Either way, if Donald Trump succumbs to Paul Ryan’s Obamacare 2.0 monstrosity, he will have allowed Ryan to make him a certain one-term President–which could be Ryan’s goal. And if Trump continues his current course on foreign policy, we will be lucky if we are not in World War III before he finishes his first term.

P.S. I am now helping to distribute a book that I regard as MUST READING. If you don’t read another book besides the Bible this year, you need to read “Judaism’s Strange Gods” by Christian scholar Michael Hoffman.

Hoffman documents his provocative thesis that Judaism is not the religion of the Old Testament, but the newly formalized belief system of the Pharisees, which arose in Babylon with the commitment of the formerly oral “tradition of the elders” to writing, in the wake of the crucifixion of Israel’s Messiah and the destruction of the Temple.

Basing his findings on authoritative Judaic sources, Hoffman demonstrates that Judaism is a man-made religion of tradition and superstition, which represents the institutionalized nullification of Biblical law and doctrine.

Liberating the reader from the accumulated shackles of decades of misinformation, this book shows that Judaism’s god is not the God of Israel, but the strange gods of Talmud and Kabbalah.

Christian bookstores are packed with tomes purporting to unmask the religion of Islam, but not one slim volume will be found delving into the depravities of Orthodox Judaism. “Judaism’s Strange Gods” corrects that imbalance with its fidelity to Biblical truth and the historic witness of the Church.

I say again, if you don’t read another book this year besides the Bible, read “Judaism’s Strange Gods” by Michael Hoffman. I am proud to distribute this book. I urge you to read it. Find it here: