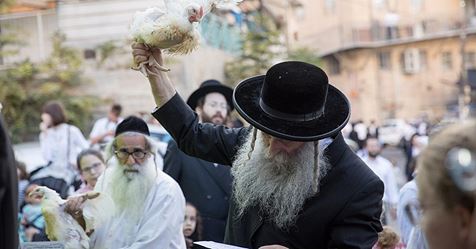 The evening before Yom Kippur or Day of Atonement the religious Jews take out a chicken and swing it over there heads or children’s and believe this chicken will atone for their sins for that previous year. This happens tonight or like 10 hours ago in Israel. It’s funny really. They won’t believe GOD came in the flesh to atone for not only every human being being but for creation itself. And then they think we are the wack jobs.

Anyways, did I say chicken? I actually meant ROOSTER. That’s right! A freaking ROOSTER! So do I need to go over rooster symbolism again with you? Here it is in a sentence. The rooster is interchangeable with the Phoenix and the shekinah or divine feminine that the Jews daven (air copulation to a wall) to at the Western Wall is actually represented as a Phoenix. Trump was identified as the rooster by quite of few different groups. I’ll post my blogs below on the rooster connections. So here is a article on Kaparot or atone by rooster.

“Prayers are then recited, indicating the function of the rooster as a substitute for the individual. The rooster is twirled three times around the head of each man; a hen is used for women. Both birds are then slaughtered and given to the poor. Some people have substituted money, in this ceremony, for the rooster or hen.

One need not go as far as those scholars who see the Kaparot as originating in an offering to Satan in order to understand the many objections to this ritual. Kaparot follows the pattern of the scapegoat, a ritual of riddance, but comes too close to superstition in indicating that one may substitute the death of an animal for one’s own life.” (https://www-myjewishlearning-com.cdn.ampproject.org/…/kapar…)

Here is the most recent article: https://www.timesofisrael.com/chicken-swinging-ritual-endu…/ 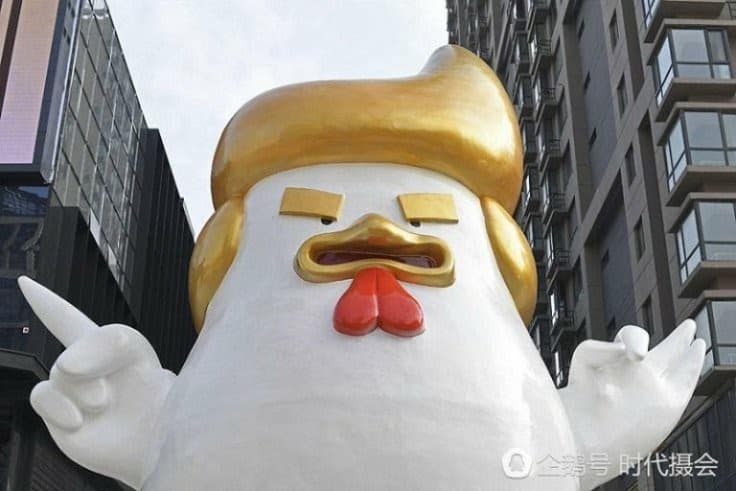 “O Jerusalem, Jerusalem, thou that killest the prophets, and stonest them which are sent unto thee, how often would I have gathered thy children together, even as a hen gathereth her chickens under her wings, and ye would not! Behold, your house is left unto you desolate. For I say unto you, Ye shall not see me henceforth, till ye shall say, Blessed is he that cometh in the name of the Lord.” (Matthew 23:37-39)

So today (May 14th) was a “fulfilment” of Zionist prophecy. Ever heard the saying the chickens have come home to roost? It could be taken literally. It has been 70 whole years since Israel became a nation in the eyes of the world and the United Nations. It’s been quite a bit longer than that, that Israel was and has been a nation according to Scripture, but who is paying attention to Scripture right? Let’s just focus on 1948 or was it 1947? A year difference, but who is counting. 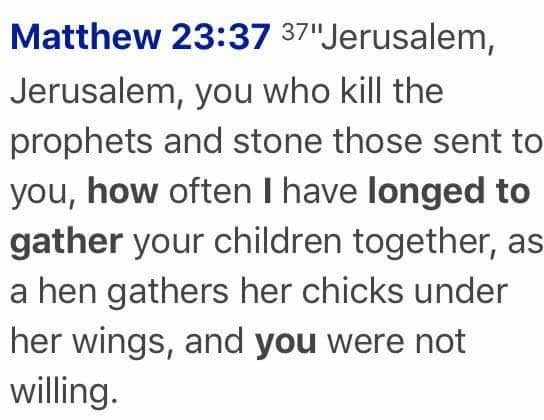 Remember when Jesus WEPT over Jerusalem and compared Himself to how a hen would gather her chicks under her wing. And then Jesus says, and “you would not”. Meaning, those of His day would not gather to the Messiah, they would not follow and accept Him because they rejected Him. This was a spiritual gathering and today we see the inversion of this in the form of a physical gathering that they call Aliyah. Jesus said that they WOULD NOT! gather until His return. As far as I know He hasn’t returned And they are gathering. This whole 70 year anniversary gathering is false and anyone who says different is not b taking Jesus at His word. And we know from scripture that the Jews, past and present (John 5:43), would follow someone who comes in their own name. “I am come in my Father’s name, and ye receive me not: if another shall come in his own name, him ye will receive.” And they have.

We see this happening today. The Trump banners are proof of this. They think Trump is helping bring in the Messianic age but it is all completely false. Not only that, this opening of the embassy in Jerusalem has brought about chaos and that’s exactly what they need for their Phoenix to rise out of the ashes of destruction. Order out of chaos. 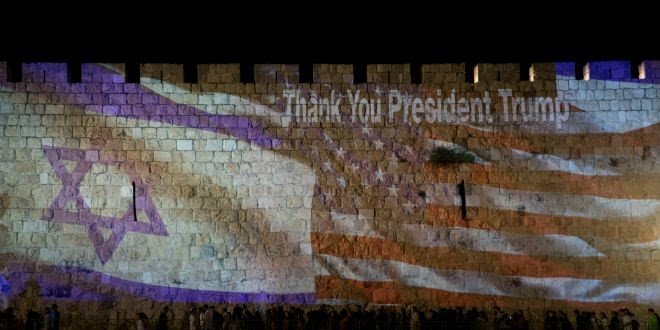 Now back to the hen gathering her chicks under her wing. In Gill’s Commentary of Matthew 23:37 we read this. “So the “Shekinah” with the Jews is called, צפרא קדישא, “the holy bird” (Zohar in Numb. fol. 106. 3. & Imre binah in ib. n Tzeror Hammor, fol. 77. 4. &. 115. 2. ); and that phrase, לחסות תחת כנפי השכינח, “to betake one’s self, or to come to trust under the wings of the Shekinah”, is often used for to become a proselyte to the true religion, and worship of God, as Jethro, and Ruth the Moabitess did.” We see this same sort of saying in 2 Esdras. “I gathered you together, as a hen gathereth her chickens under her wings: but now, what shall I do unto you? I will cast you out from my face.” (2 Esdras 1:30) You see the other side of the coin in rejecting the real gathering to the Messiah Jesus. They are cast out from His face according to 2nd Esdras and Jesus says their house is left desolate.

So it’s strange in the Zohar that the shekinah (their divine feminine) is called the holy bird and is compared to this hen gathering her chicks. Before I get to the point, I want you to notice the word for not willing. It’s ēthelēsate (ἠθελήσατε). It literally means “to desire (wish, will), wanting what is best (optimal) because someone is ready and willing to act.” This word is related to aihreomai (αἱρέομαι) which ironically means “to take for oneself, to prefer, choose or to choose by vote, elect to office”. Notice that it can be used as a political term like someone choosing out of their own free will for this politician or that politician.

In scripture its used in 2nd Thessalonians 2:13, “But we are bound to give thanks alway to God for you, brethren beloved of the Lord, because God hath from the beginning chosen you to salvation through sanctification of the Spirit and belief of the truth:”. This is mentioned after the man of sin comes after the working of Satan with all lying signs and wonder and God sends them a strong delusion. It’s strange that the word here for chosen is related to the word in Matthew 23:37 for those who would not be gathered to Jesus.

So that brings us back to the 70th anniversary of Israel becoming a Zionist nation. I would even say Israel is a Sionist nation instead. This is not being represented as the true Biblical land of Israel but this is the harlot that she has become. So back to the hen, remember last year was the year of the rooster when Trump was elected? The Chinese even made a giant Trump rooster effigy as a memorial. It looks like the hen (Trump) has gathered her (his) chicks and it looks like “another shall come in his own name, him ye will receive.” It looks like they will deny the real Messiah but will gather under the moniker of the Trump rooster. read more…

More on this topic: