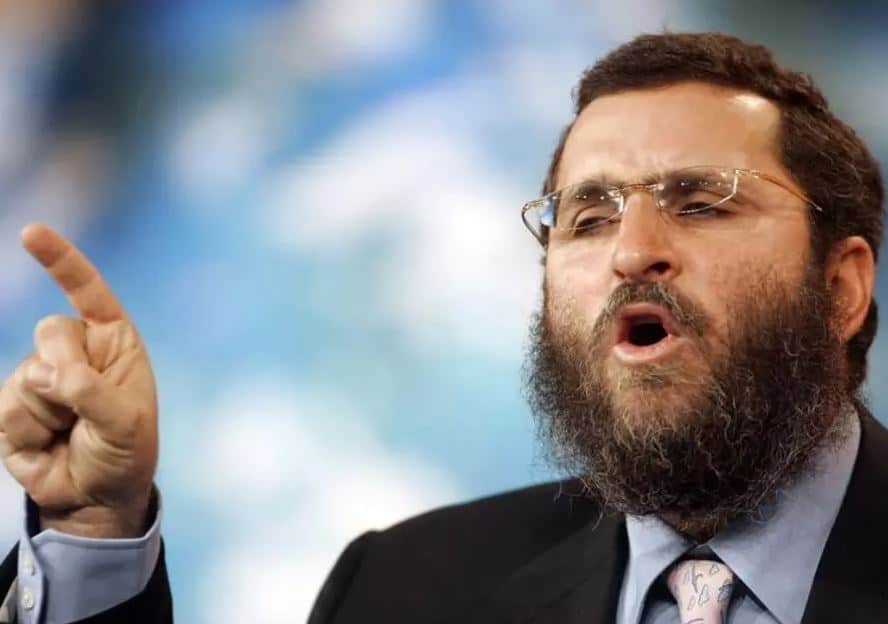 Divide & divide & divide… This has gone sooo far from anything resembling sound doctrine anymore that its hard to watch & read.

RABBI SHMULEY IS WRONG ABOUT THE NEW TESTAMENT AND EVANGELICAL CHRISTIANS   by Michael Brown
“The Jews,” they claimed, were Christ-killers. The Jews as a whole were guilty of deicide. The Jews as a whole were worthy of expulsion and even death.
…And yet, contrary to Shmuley’s claim that these Evangelicals are moving away from a literal interpretation of the New Testament, they are famous for their literal [dispensational] reading of the Bible. That’s why they are Christian Zionists. They believe that God has literally kept His promises to His literal, physical people – as reinforced in the New Testament writings – and restored them to their land.

NO HOLDS BARRED: IS THE NEW TESTAMENT ANTISEMITIC? By Rabbi Schmuley Boteach
Anyone who has read Christian Bible will no doubt be alarmed by the demonization of the Jewish people that served for many centuries to enforce antisemitic acts and attitudes practiced throughout Christendom. Historically, countless Christian massacres, persecutions and the omnipotent antisemitic attitudes purveyed by preachers and popes alike were defended as following naturally from Christian scripture that, above all else, blamed the Jews for murdering Jesus.

And yet in our time, Christian Evangelicals have emerged as the foremost allies of the Jewish people in general and the State of Israel in particular. To the contrary, the political Left, many of whom denigrate Christianity, espouse an irrational hatred of Israel that is utterly out of step with their liberal values.

How can this be? Because Christians and Catholics today are reinterpreting Scripture away from a literal interpretation of Jews as the enemies of Christ. They are going even further in stating that one can only understand Jesus through the lens of his Jewishness. It was to bolster this movement that I published my 2012 book, Kosher Jesus, that fostered heated debate throughout the world.

Dispensationalism is being heralded as the peacekeeping system between Jews and Christians. According to Michael Brown, as long as Christians bow down to the Scofield Bible’s futurist interpretation of prophecy and protect non-bloodline, Talmudic, Kabbalist, Atheist, physical/political imposter Israel, we can be their friends. Isn’t that reassuring?

It seems unbelievable that these conversations are taking place brothers and sisters, but they are. Draw near to God. Share the gospel.