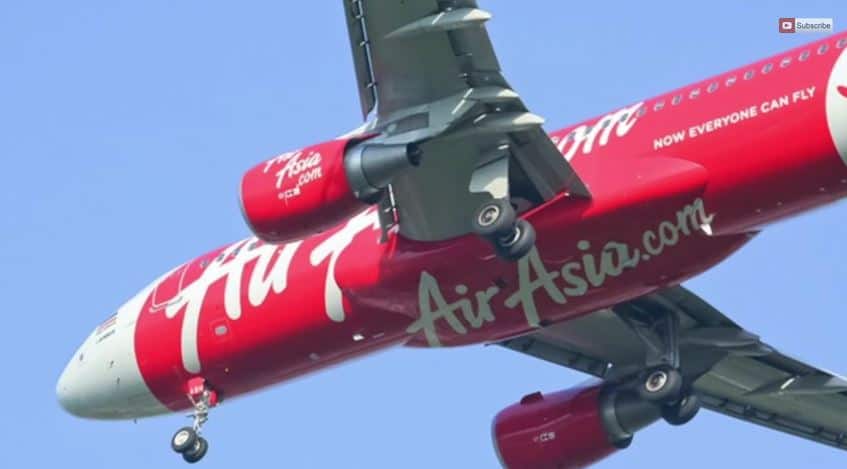 A search and rescue operation is underway after an AirAsia flight from the Indonesian city of Surabaya to Singapore with 162 people onboard lost contact with air traffic control on Sunday.

The plane departed at 5.35am Indonesian time (9.35am AEDST) and was scheduled to arrive at 8.30am Singapore time (10.30am AEDST).An Indonesian transport official said the plane had asked for an unusual route before it lost contact. In a post on Facebook, AirAsia confirmed the plane was missing.

“AirAsia Indonesia regrets to confirm that flight QZ8501 from Surabaya to Singapore has lost contact with air traffic control at 07:24hrs this morning,” AirAsia said. “At the present time we unfortunately have no further information regarding the status of the passengers and crew members on board, but we will keep all parties informed as more information becomes available.”

The aircraft was an Airbus A320-200 with the registration number PK-AXC. “At this time, search and rescue operations are in progress and AirAsia is cooperating fully and assisting the rescue service,” the airline said.

“AirAsia has established an Emergency Call Centre that is available for family or friends of those who may have been on board the aircraft. The number is: +622129850801.

In a testy exchange between AP reporter Matt Lee and U.S. State Department Deputy Spokesperson Marie Harf, Lee virtually corners Harf into admitting that the “evidence” presented by the U.S. to blame Russian-backed rebels for the shoot down of Malaysia Airlines Flight 17 amounts to nothing more than YouTube videos and social media posts. A Ukrainian air force Su-25 combat jet took off from an airbase in eastern Dnipropetrovsk carrying air-to-air missiles and returned without them on the day a Malaysia Airlines plane crashed in eastern Ukraine in July, Komsomolskaya Pravda newspaper reported, citing an airbase employee.

Aircraft expert Ian Black previously worked as a fighter weapons instructor for the Malaysian Air Force, and is the author of two Haynes Manuals for aircraft, the McDonnell Douglas F-4 Phantom Manual and the RAF Tornado Manual. He flew the Tornado ADV in the first Gulf War and over Kosovo. He is now an A340 Airbus captain with Virgin Atlantic.

Exclusive investigation: The 239 people on board Malaysia Airlines Flight 370 may still be alive. This stunning realization is now supported by considerable emerging evidence detailed in this article. At the same time, the “vanished” Boeing 777 may also be in a hanger in Iran right now, being retrofitted with nuclear weapons and turned into a suicide bomb to be deployed over a major city in the Middle East. This possibility is discussed in detail, below, with supporting evidence.

The ‘unprecedented mystery’ behind the disappearance of Malaysian Airlines flight MH 370 deepened on Monday when relatives claimed they were able to call the cellphones of their missing loved ones.