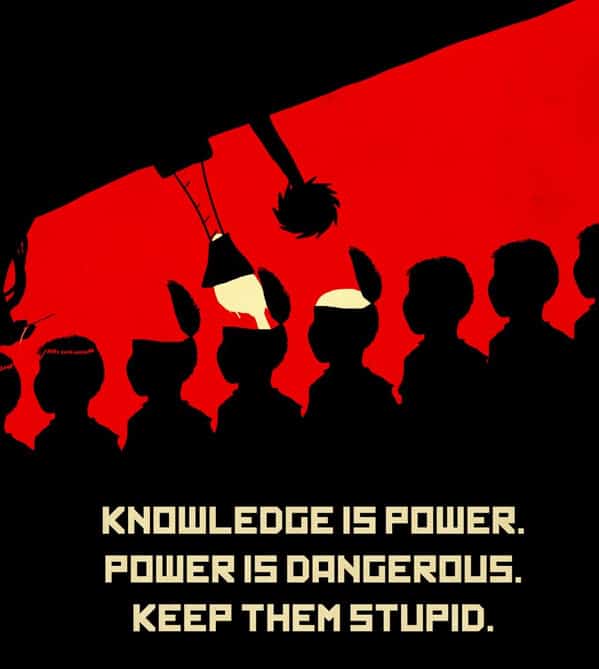 For the record, I’m personally convinced that Alex Jones operates as part of what you’d call “controlled truth”, nevertheless, there are some excellent writers and a lot of good information to be found on Infowars. This is such a piece.

It is outrageous to see where we are heading as most of the country. But most people I run into don’t want to hear about what’s going on in the world even though they’ve caught on by now and know full well that all is not well. They’ve (and in saying “they”, it’s really all of us to some extent) been dumbed down and programmed by the multi-tenacled mind control of the media, music and religious organizations (yes, including our churches) with the message of the Borg; “Resistance Is Futile”.  They are literally under a spell spun by the author of evil.

Controlled propaganda will be the only source of information available if those in power have their way.

Godaddy went down in a big way on Tuesday. I talked to one of the tech support guys there, who told me that their entire system had been knocked down for at least an hour. Back at Christmas time XBox and Playstation were hacked, supposedly by two 15 year olds. False flags? I don’t know, but I can’t help but see some type of internet control coming down the pike (for our own protection of course).

Bloggers, conspiracy theorists and people who challenge establishment narratives on the Internet were all likened to ISIS terrorists during a chilling Congressional hearing which took place yesterday. 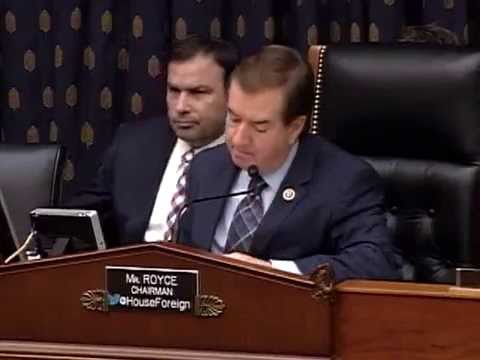 One of the speakers giving testimony was former RT host Liz Wahl, who made a public spectacle of quitting Russian state media last year in an incident stage-managed by neo-con James Kirchick, himself a former employee of Radio Free Europe – a state media outlet.

Remarking that the Internet provided a platform for “fringe voices and extremists,” Wahl characterized people who challenge establishment narratives as a “cult”.

“They mobilize and they feel they’re part of some enlightened fight against the establishment….they find a platform to voice their deranged views,” said Wahl.

Referring to comments made in January by US Broadcasting Board of Governors (BBG) chief Andrew Lack, who characterized RT as a threat on the same level as ISIS and Boko Haram, Wahl said the comparison was justified.

“By using the Internet to mobilize people that feel displaced, that feel like they’ve been on the outskirts of society, and give them a place where they can find a sense of belonging, and maybe make a difference in their own way, and it’s a problem,” she said.

Wahl went on to bemoan the fact that conspiracy theorists were “shaping the discussion online, on message boards, on Twitter, on social media,” before asserting that the web had become a beacon of “disinformation, false theories, people that are just trying to make a name for themselves, bloggers or whatever, that have absolutely no accountability for the truth, that are able to rile up a mass amount of people online.”

All three individuals that gave testimony are staunch critics of Russia, leading Rep. Dana Rohrabacher (R-CA) to wish “we had at least one other person to balance out this in a way that perhaps could’ve compared our system to the Russian system, to find out where that truth is, just how bad that is.”

Beyond the inflammatory rhetoric, the real story revolves around the fact that Washington was caught off guard by the rapid growth of RT, with Hillary Clinton and others having acknowledged the fact that the U.S. is“losing the information war,” which is why they are now desperately trying to denigrate the Russian broadcaster.

Without a doubt, RT puts out pro-Russian propaganda, but it also broadcasts truths about geopolitics and U.S. foreign policy that Americans will never see on mainstream corporate networks, precisely because those networks are also engaged in propaganda.

There’s no mystery behind why RT has become so big – telling the truth is popular – but because Washington finds it impossible to compete on that basis, it has been forced to resort to ad hominem attacks and ludicrous comparisons to ISIS in a desperate bid to level the playing field.

As linguist Noam Chomsky said, “The idea that there should be a network reaching people, which does not repeat the US propaganda system, is intolerable” to the US establishment.